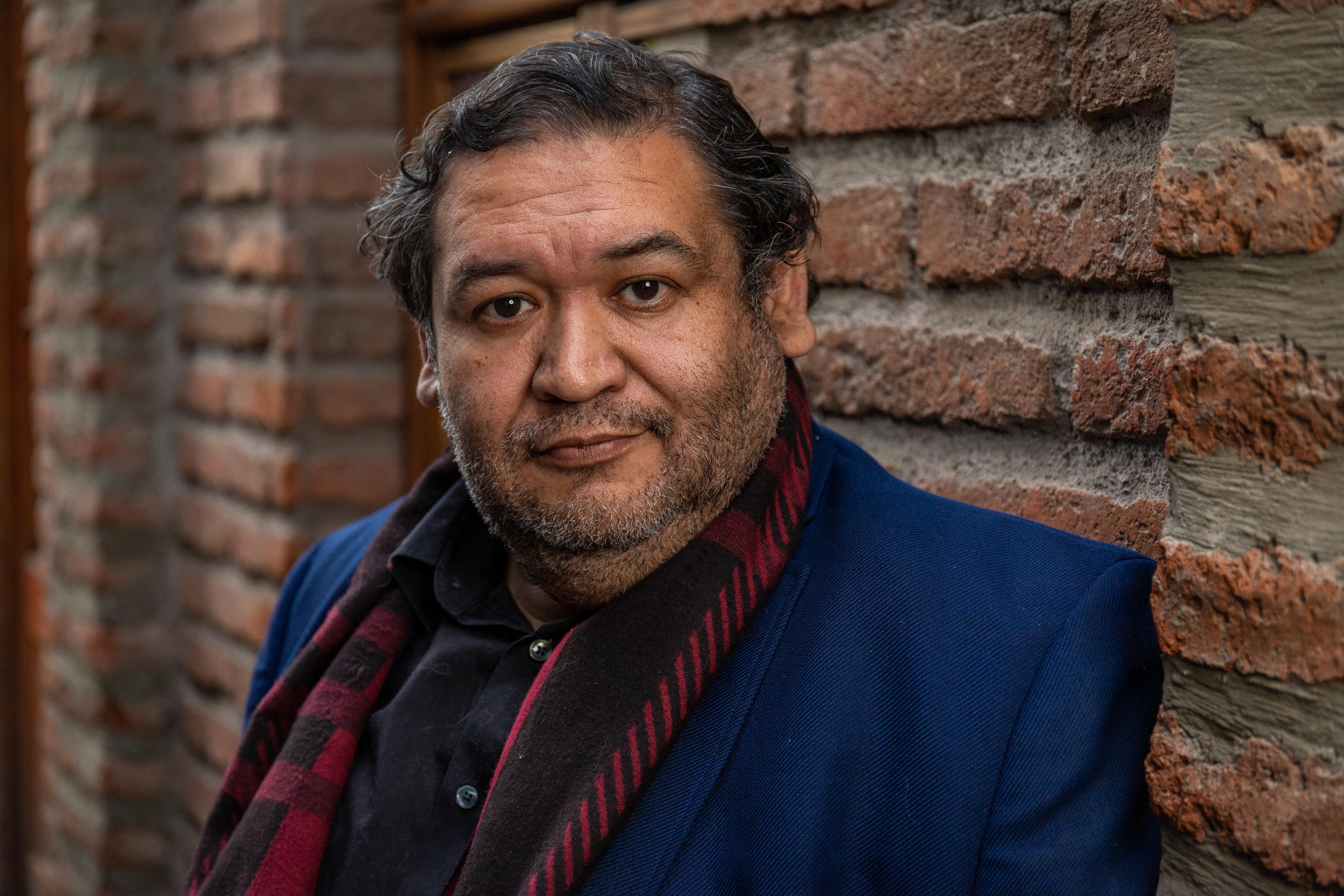 The Mapuche constitutionalist Salvador Millaleo (Talca, 49 years old), one of the most recognized expert lawyers in indigenous affairs, was the key man of Gabriel Boric’s presidential program in these matters. A militant of the Democratic Revolution of the left-wing Broad Front, the academic from the University of Chile has been one of the brains behind a proposal for a Constitution marked by the multinational and made his debut in March in La Moneda as coordinator of indigenous issues for the Ministry of the Interior, led by Izkia Siches.

After a complex landing of Siches in the portfolio, marked by an attack on a trip to an indigenous community three days after taking office, Millaleo resigned early. In this interview, the first he has granted since then, he analyzes the conflict “between the Chilean State and the Mapuche people”, as he calls it, the Government’s decision to decree a limited State of Exception in the area -despite campaign promises to get rid of the military – and claims the political route. Everything, in the midst of an upsurge in violence in La Araucanía.

Ask. Did the Government find a more complex reality on the indigenous issue?

Response. The indigenous issue is not easy for anyone. Much preparation is required to develop effective political strategies on such a complex issue. It has been necessary to take things more calmly and with greater planning and, above all, to understand that this cannot be done –not even now– without the most relevant Mapuche political forces that are willing to engage in institutional dialogue. The possibility of agreement with the radicalized groups, meanwhile, was perhaps overvalued.

P. How would you describe what is happening in La Araucanía and in neighboring areas?

R. It is the deepening of a conflict that has historical roots, but that has been treated so badly that it has now generated much more violent derivations. In international terms, when one explains it in forums, this is a conflict that continues to be of low intensity. In fact, there is an objectivity variable that is used that is quite cruel, the death toll. And the death toll is still at low-intensity standards, although it is growing. But it is not a civil war, there are not hundreds of deaths.

P. Is it a guerrilla?

R. No, it does not qualify for an internal armed conflict. But what is problematic, of course, is that the violence is increasing not only in number, but also in quality and intensity. Because when a conflict like this of an ethnic-political nature is poorly managed, it begins to expand and enter dimensions that are more difficult to manage, with new factors of organized crime.

P. Do you think, then, that the conditions are being met to speak, now yes, of terrorism?

R. I don’t think so, yet. I would be terrified to think that it was a self-fulfilling prophecy. That, if the State manages it even more badly, something stronger will sometimes appear.

P. What do you mean when you talk about mismanagement of the State?

R. A perspective that has been very decisive in the mismanagement of the conflict has been criminal populism, a punitivism that has branded this as terrorism for 20 years and that applied the Anti-Terrorist Law when attacks on machinery occurred and did not compromise human life. This determined that the State has begun to apply certain criminalization policies that the only thing they did was aggravate the conflict until reaching the present day where, I repeat, the events have grown in number and intensity.

P. How is this increase explained?

P. And the second factor?

R. That when the State withdraws, the space begins to be filled by other powers –such as theft of wood–, which generate income, resources. It is not, as the right says, that the entire subversive Mapuche movement is involved in this or in drug trafficking, but there are certain groups that have some contact and within certain groups, parts that do and parts that do not.

P. Do they finance them?

R. The myth of criminal populism is that these crimes are the great financing engine of radicalized groups, but I think that is not the case yet. There is still an opportunity to drive things differently.

P Is land restitution still at the heart of the matter?

R. The issue of land, indeed, is the basis of the historical conflict and the engine of the first organics. But this has been evolving. Socio-environmental conflicts are added: investment projects are approved without indigenous consultation and this generates territorial tensions. Now, in addition, you have a second generation, where you already have prisoners and part of the conflict is explained by the situation of those who were imprisoned in previous years.

P. Is the confrontation between the Mapuche themselves new?

R. It has to do with the tension between those who have a political-institutional logic, of political participation and protest, versus the logic of direct action. And a second element, the infiltration of phenomena [del robo de madera y del narco] that provokes internal problems even within the groups that are armed.

P. Do you think that violence will continue to increase in the Mapuche area?

R. The violence is predictably going to escalate, because there is nothing that has been done that allows us to think otherwise. Escalation factors – more means of violence, there are no major structural transformations – do not allow us to say that something is going to flatten the curve. Although I am hopeful that the structural transformations can start with the new Constitution.

P. How would you characterize the groups that are on the political path?

R. It was a space that was very weak until the constituent process, which manages to generate an institutional space that was completely annulled. That space has continued to advance, and in the current framework, if you want to look for positive news, they’re all at the convention. The convention has generated norms that go in the direction of solving the great historical demands of the Mapuche and indigenous movement. By the way, this is threatened by a establishment who does not want a new Constitution and continues to bet on a rejection in the referendum

P. How should the new Constitution be implemented?

R. The political actors, no longer the convention, must establish a dialogue with the institutional leaders of the indigenous world and reach major agreements with them. It is a correct path, although not a path that will magically produce results by itself. Regarding the other dialogue, with the violent groups, we have to be realistic: a dialogue with all the actors is not possible because they themselves have closed the door.

P. Is it a proposal for an indigenous Constitution, in a country with 13% indigenous?

R. It is a proposed Constitution that takes the indigenous issue seriously. Those who classify it as indigenist, irresponsible, are the same ones who ask that the state of exception be intensified and want to leave no space to generate the only possible way to resolve the conflict.

P. The political seems to be the long road, but what is done immediately with the violence in the south?

R. Our dilemma is in these two imaginaries that have distorted our vision to face the issue. On the one hand, there is criminal populism, which says that the problem will be solved to the extent that the State increases criminalization and the provision of resources to prosecute violence criminally – and now militarily. And, on the other hand, a romantic imaginary, which one cannot deny is present in certain elements of the left: of thinking that these groups correspond to revolutionaries that arise from situations of inequity. These two elements cloud the diagnosis.

P. How should it be analyzed, according to you?

R. With progressive realism. Accept that the situation is complex, that it has worsened, that it is necessary to do security work, but security work that works. The State of Exception is pure criminal populism, because it implies deploying military forces that are not prepared to deal with issues of public order. It is very difficult to build security if it is not done in conjunction with the Mapuche people.

P. Why do you think the Boric government, despite its original plans, declared a state of emergency in the area?

R. The pressure has been very strong – indeed there is an upsurge in violence – but I still have confidence in the president’s view that this continues to be a fundamentally political problem. And the Government is going to receive a very important second opportunity to channel its strategy after the approval of the new Constitution and its implementation. The crucial thing is to return to the political path.

Check Also
Close
Pedro Castillo: a year and a half adrift in Peru | International
25 mins ago

Vacancy: The Peruvian military turned its back on Castillo | International
46 mins ago

Italy, before the vertigo of anticipated elections when not supporting the partners of Government to Draghi | International
July 20, 2022

Italy, before the vertigo of anticipated elections when not supporting the partners of Government to Draghi | International

Cristina Kirchner challenges the prosecutor and the judge who are investigating her for alleged corruption in public works
August 9, 2022

In search of a place for the European Union in the world | Opinion
July 2, 2022