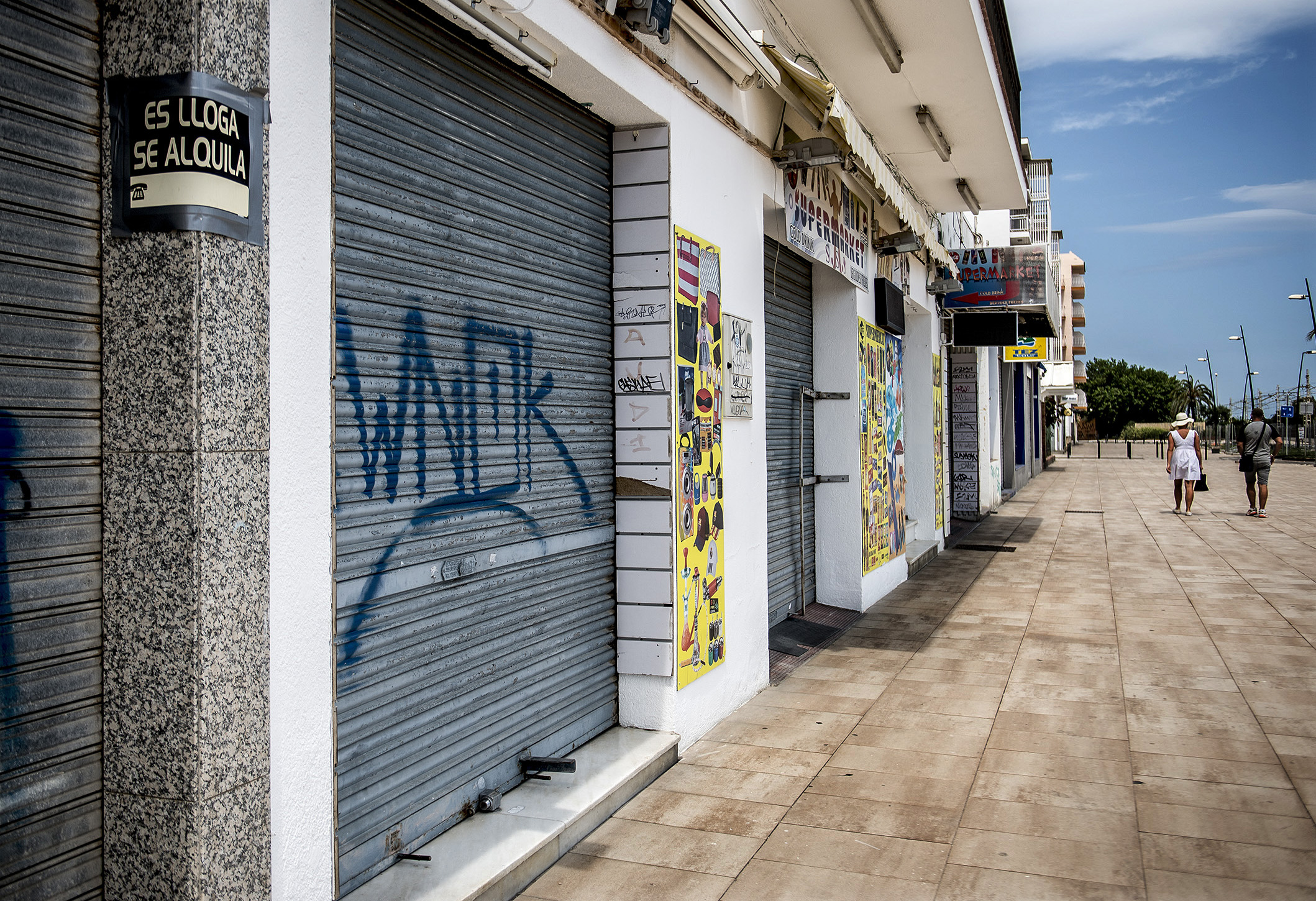 A quarter of the loans granted to companies in the sectors most vulnerable to the pandemic and the energy crisis are at risk of default. According to figures from the Bank of Spain, of the 89,911.8 million euros of total credit for these activities —hotels and restaurants, oil refining, social services and leisure, transport and storage, and the manufacture of transport material—, 5,309, 4 million are considered doubtful and another 16,166.4 million are under special surveillance. The feared precipice to which hundreds of companies were leaning with the coronavirus crisis seems closer. At the moment, a good part of the firms are holding on by the parachute of the State guarantee through the Official Credit Institute (ICO), although in many cases it is just a kick forward that will not solve the problem.

Since the beginning of the pandemic, the great fear that hovered over the main powers of the world was that mass fall of viable companies. To avoid this, mechanisms such as loans guaranteed by the State, rescue funds or temporary employment regulation files (ERTE) were created. In this way it was possible to contain the shock for the productive fabric that the coronavirus crisis entailed, with the almost total paralysis of the economies for months. Despite this, the blow was almost fatal in those who based their business on mobility, leisure or the service sector. And now, when they were beginning to take a breather, a new setback has destabilized everything: the Russian invasion of Ukraine and the resulting energy crisis is once again putting these activities on the spot, as well as those most dependent on electricity prices.

The governor of the Bank of Spain, Pablo Hernández de Cos, reflected this reality in his presentation of the supervisor’s 2021 annual report. “Sectors sensitive to both the effects of the pandemic and the rise in energy costs would concentrate the greatest vulnerabilities. In them, the combined weight of doubtful loans and loans under special surveillance approached 24% in December 2021. In fact, credit exposures that show some sign of deterioration are those that may be, in turn, more vulnerable to the materialization of risks in the current context. For this reason, it is necessary to monitor it with special attention, as well as to carry out an early and adequate recognition of potential losses”, affirmed Hernández de Cos.

In total, these loans at risk represent 21,475.8 million euros, 24% of the total credit of the activities that have suffered the most in the last two years. As the supervisor’s analyzes show, there are latent deteriorations to monitor that could materialize in the coming quarters. If the view is extended to the whole of the debt of households and companies, without filtering by sectors, the weight of those who are at risk of default is reduced to 8% (about 94,000 million euros). However, the focus is on those who have the most difficulties as they have not healed previous wounds. The expiration of the grace periods of the ICO loans still in force, which will expire at the end of summer, will also play a relevant role in this: it will be then when the companies that are still alive artificially emerge.

In fact, the European Central Bank (ECB) warned this Wednesday of the possible bankruptcy of companies in this situation: “The insolvencies that did not occur during the pandemic can now be a reality. If not all of them, part of them”, acknowledged Luis de Guindos, vice president of the organization. The Eurobank also details in its latest financial stability report that “higher energy and raw material prices could harm activity in economic sectors that have not fully recovered from the pandemic.” In this case are those related to tourism, which envision an extraordinary summer season to which many companies arrive with the water up to their necks. “There are companies that are on the ropes because of a business model that has been outgrown or because of the hole that these crises have created for them, which seems insurmountable. Some have already closed and others will do so in the coming months,” says José Luis Zoreda, vice president of the lobby Tourist Exceltur.

One step away from blackberry

This amount under surveillance by the Bank of Spain may vary in the coming months, according to the experts consulted. “If the economy improves, we believe that many of those who are under special surveillance will leave there,” explains Leopoldo Torralba, an economist at Arcano. However, if high inflation and the consequences of the war in Ukraine continue, the amount under surveillance for default risk will increase. And the natural outcome will also come in many cases: more delinquency. “The recognition of default greatly affects the results of banks, which is why I believe that entities will prefer new refinancing or improve conditions temporarily to avoid a sharp rise in the coming quarters,” says Torralba.

To better understand the relevance of this classification, according to the regulations used by the Bank of Spain, a doubtful loan is one in which there has been a non-payment of the principal or interest for a period of more than 90 days or when it is considered unlikely that the debtor fully complies with its obligations, although there are still no unpaid amounts, sources from the supervisor explain. On the other hand, those subject to special surveillance are those in which a significant increase in credit risk has already been observed from the time of granting, despite the fact that no default has yet been recorded.

Thus, at a time of uncertainty such as the current one and with the turbulence that exists in the economic context, the Bank of Spain calls for caution due to the ups and downs that are yet to come. Especially with regard to those sectors that had a bad time in the pandemic, that arrived very affected by this new crisis without recovering from the shock above, or to whom the energy has given them a setback that is difficult to overcome. In other words, the war and the energy crisis are not only hindering the recovery, they are also suffocating a part of the Spanish industry or finishing off what was already touched.

Dutch decision to apologise for slavery created controversy in the country

Gold prices LIVE: Down! How much is the quarter gold and gram gold prices today, 22 November 2022? Current gold buying and selling prices

By admin
Recent Posts
Latest News
Facebook Twitter WhatsApp Telegram
Back to top button
Close
Featured Posts
US Elections: Biden calls on voters to mobilize because “democracy is at risk” | International
4 weeks ago

US Elections: Biden calls on voters to mobilize because “democracy is at risk” | International

War in Ukraine: Russian troops are already preparing for urban combat with the Ukrainian army in Kherson | International
October 25, 2022

War in Ukraine: Russian troops are already preparing for urban combat with the Ukrainian army in Kherson | International

The photos recovered from the Malvinas war
June 15, 2022

The photos recovered from the Malvinas war

The Argentine Justice detains a third suspect for the attack on Cristina Kirchner
September 14, 2022

The prolongation of the war tests the cohesion of the West towards Russia | International
August 21, 2022

Eight Blue Helmets die in a helicopter crash in the Democratic Republic of Congo | International
March 29, 2022

Rosaries and anti-abortion slogans: the ultra-right in Latin America seeks leaders who align with their values
2 weeks ago

Rosaries and anti-abortion slogans: the ultra-right in Latin America seeks leaders who align with their values