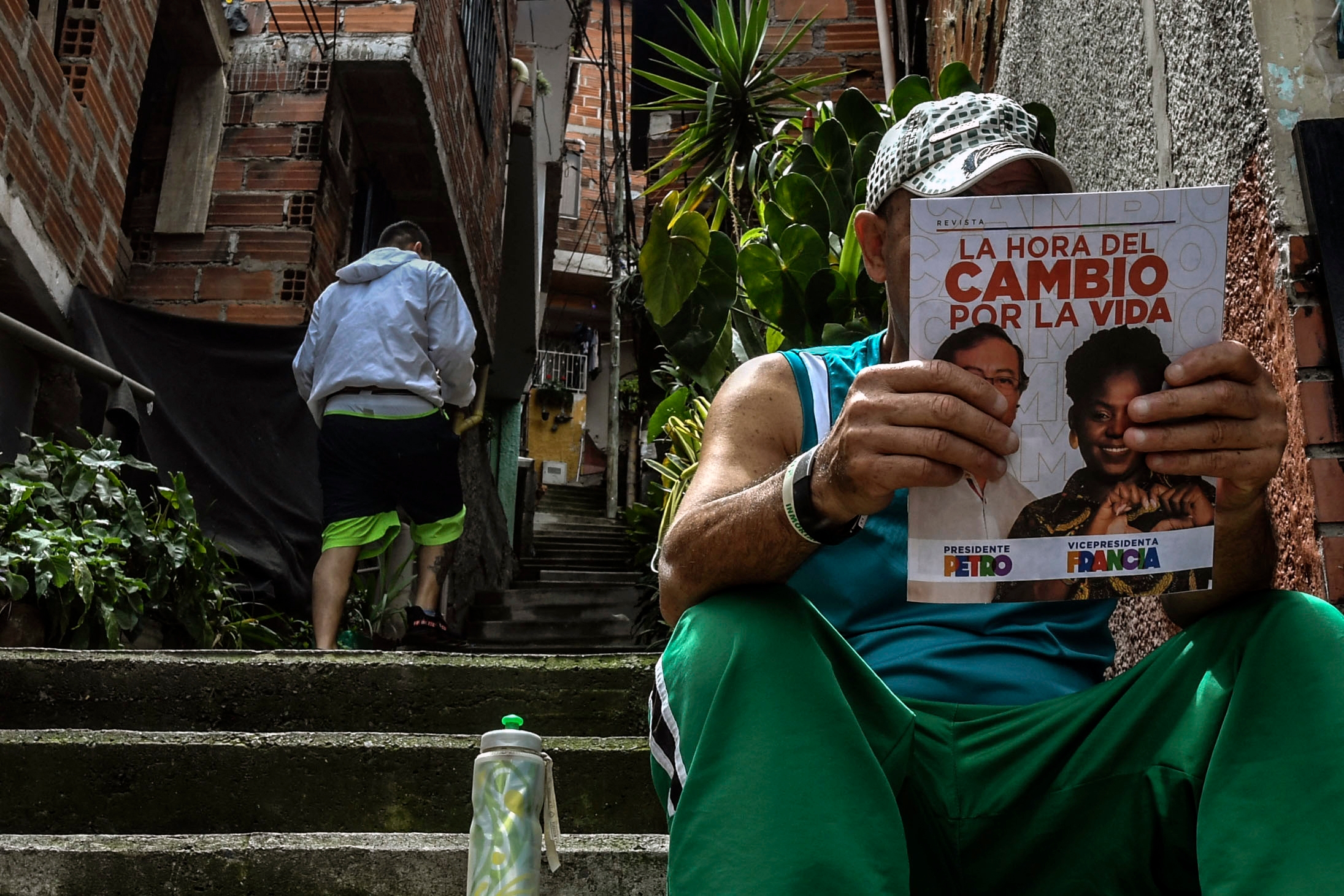 “Gothic”. That is the word that Colombians use in colloquial speech to refer to conservative thought and who exercises it. “It is that Colombia is very godo” or, more exactly, “it is that the Colombian is very godo” is a common place in conversations during electoral times. It is used to explain why candidates like the leftist Gustavo Petro or the centrist Claudia López fall short in their electoral reach. But López has been the mayor of Bogotá since 2019 (and the second was another centrist: the liberal Carlos Fernando Galán), Petro will in all likelihood come first in the next vote, the (now suspended) mayor of Medellín (the ‘goda’ capital par excellence in the Colombian imaginary) is hardly suspected of being a rightist, in 2018 the party furthest to the right of the spectrum had to choose the most moderate of its options in order to win the presidency, and in this 2022 race the candidate who most clearly represents these values ​​has failed to get its campaign off the ground. To the point that this candidate, Fico Gutiérrez, has gradually moderated his language to get closer to where he intuits that the center of gravity of Colombian opinions is. And, thanks to the study carried out by EL PAIS together with 40db last April, it is possible to locate that center of gravity, something that will help us better understand the reason for the votes that will be cast this weekend.

The average position of Colombians in economic, migratory or individual freedom matters is more to the left than to the right. In some cases the majority is rather moderate, as in abortion. In others, as we will see, the distribution of opinions is divided: it happens above all with migration. But there is still a transversal consensus in others: it is what happens with euthanasia, the environment or the minimum guarantee of economic well-being at the hands of the State.

When we cross the economic dimensions and individual liberties, choosing, for example, the question about preferences regarding abortion for the second dimension and the material guaranteed minimum for the first, we find that almost half of Colombians would be in what is known as a liberal left, divided in turn between a clearly progressive (20%) in accepting free abortion, and another more restrictive in accepting it only under certain assumptions (28%). But the center of gravity is in that environment, and not at the end of economic but not individual freedom (upper right) nor at the end of complete freedom in both dimensions (lower right). The libertarians are 7% of Colombia. The traditional conservatives, 5%. The intermediates, another strong point of the graph that occurs if we add those with a position centered on both questions and those who want individualistic economic freedom but abortion only under certain assumptions, around 23%.

When we break down this mosaic into the segments that make up society, we find that the peaks of progressive positions are found in certain subgroups. Thus, young people are more in favor of the state guaranteeing the well-being of all than older people. Women, on the other hand, are more against it. And, surprisingly, there is no linear correlation between socioeconomic status and redistributive preference. What is observed is that the middle classes are somewhat more favorable to it.

Even more consensus, if possible, arouses among Colombians the idea that the environment should be above economic growth when there is a dilemma between protecting one and the other. Once again, young people and (to a lesser extent) middle strata stand out, although in this case women do appear to be more protectionist than men.

Consensus varies from left to center, and deeper cracks open, when we exit the economy. In abortion, for example, the age difference is very notable: an absolute majority of those under 55 are in favor of completely freeing it, as recently ordered by the Constitutional Court. However, among the population as a whole, the majority preference is the position prior to this sentence: allowing it under certain assumptions. Here the linearity by stratum is greater: the highest are more in favor, repeating a common pattern throughout the world according to which income correlates positively with liberal positions on individual rights.

But if something is generating division among Colombians from all walks of life today, it is the response to the migratory wave that has arrived from neighboring Venezuela. Migration inevitably mixes economic issues with others of a cultural or identity nature, but in any case it acquires an entity of its own, independent, once the receiving country becomes a host to a more or less significant number of newcomers. That is what has happened to Colombia in the last half decade. And society has split in two around the issue. 48% in favor of family reunification, 47% against. Higher favorability rates among young people and lower strata. In the upper stratum, polarization is greater: the highest rate that would strongly agree with the measure and the highest that would not agree at all is concentrated there.

The general image that emerges from these data is, in any case, quite different from that of a ‘Gothic’ country: rather, Colombia, placed before the demoscopic mirror, appears as multifaceted and with broad layers of its population looking towards progressivism. It will be interesting to contrast this image with the one resulting from an electoral process that by its own logic (by absolute majority, two rounds) converts nuances into dichotomous decisions, between black and white, won by exactly half plus one of the population.

subscribe here to the EL PAÍS newsletter on Colombia and receive all the informative keys of the country’s current affairs.

The Petro Government presents the tax reform on its first day

The UK threatens the EU to unilaterally revoke the Ireland Protocol if it does not give in to its demands | International
May 12, 2022

USA: Biden will put a record volume of oil reserves on the market to reduce prices | International
March 31, 2022

The EU promotes the confiscation of Russian assets to pay for the reconstruction of Ukraine | International
May 9, 2022

Life in the shadows of Russians living in Ukraine | International
May 22, 2022

Life in the shadows of Russians living in Ukraine | International

Iran protests and the illusion of change | International
4 weeks ago

Iran protests and the illusion of change | International