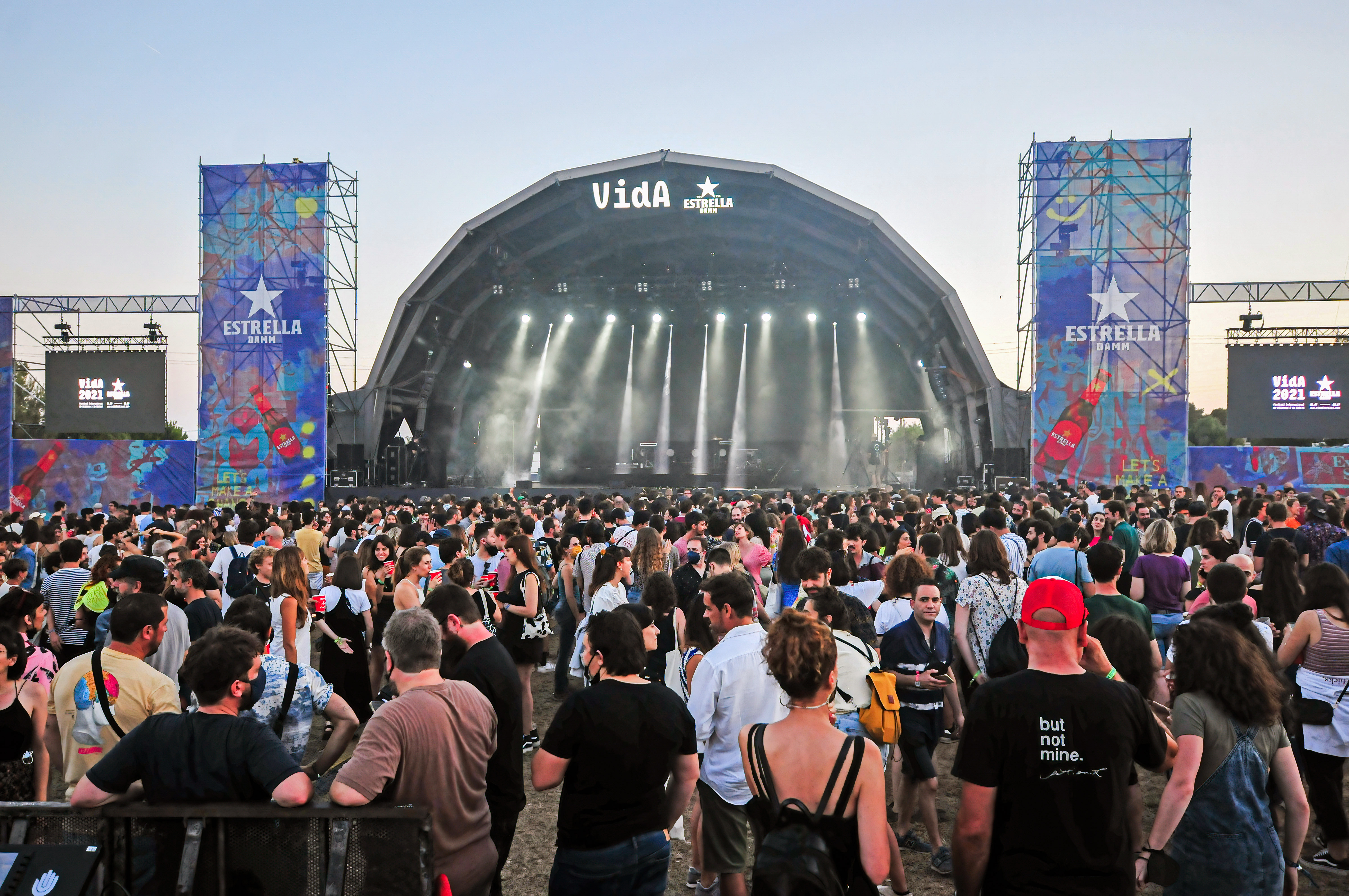 When lawyer Héctor Costa is asked what is the strangest thing he has been asked to do when organizing a music festival, he replies that, once, in Mexico, an artist demanded in writing that he have “a pig to pet.” In another contract, he says, a gang requested a black car that yes or yes had an odd license plate. They have also claimed to close a hotel floor serving only champagne of an exclusive brand; a PlayStation in the room; or a jar full of Emanems (M&Ms), but only the blue ones. They had to select them one by one so as not to upset the star.

In spring the curtain has risen on the festival season. In the shadow of these macro-events, the lawyers pull their strings. A festival is a legal puzzle where lawyers make sure that all the pieces fit together. The edges range from the review of employee contracts to possible conflicts with invited groups. Or friction over the management of image rights. Can the order of performance of the artists in the Arenal Sound poster end in court? The answer is yes. Lawyers study these types of questions to the millimeter, in an industry with an estimated impact on the Spanish economy of 5,000 million euros a year.

A festival involves signing hundreds of contracts. Even thousands. At the Medusa in Valencia, for example, an appointment marked in red by lovers of electronic music, around 1,500 employment contracts are closed every year. To this must be added the agreements of 75 artists, more sponsors, influencersservice companies and food trucks, among others. “One day you find yourself supervising or drafting the contract for a giant Ferris wheel and another the one that regulates the hiring of the fallero artist who is in charge of making the stage spectacular,” says Héctor Costa, legal manager of the production company behind the event.

a year of work

Putting this puzzle together takes time. Belén Álvarez, director of the cultural law department of the firm Gabeiras & Asociados, explains that the organization of a festival begins “one year before its celebration”. “As soon as one edition ends, the next one begins to be prepared,” highlights the expert. In a first stage, the promoter chooses the location, rents the space, studies the qualification of the premises, requests the licenses and contracts the insurance. In a second phase, the lawyers address the hiring of the artists and how the event will be promoted.

The dispersion of norms is a stick in the wheel, laments Álvarez, since there is no law that regulates the organization of musical shows at the national level. This leads the legal teams to review the regulations of each region and each municipality down to the last detail. The security requirements to set up a stage, for example, may vary by province.

The nightmare of any producer is that the star refuses to act at the last minute. This crossroads can “generate reputational damage and significant economic claims for the festival,” says Manuel López, director of Sympathy for the Lawyer, a law firm specializing in music. The contract works as a sort of manual to avoid this type of conflict. “It is negotiated conscientiously. We intervene in the negotiations and fight to include certain protective clauses”, explains López. Details such as the performance time, the stage design or the promotion on social networks are agreed upon in advance. Even the prohibition to play in the same region before or after the event. “Exclusivity is important, because if the artist passes through the same city several times, he loses interest,” explains the expert.

These documents are accompanied by an annex where the musicians detail their demands at an artistic level, remarks Costa. These papers are known as riders. Stars can demand, for example, that there be a certain microphone on stage. Or that a certain brand of instruments is available. Also more extravagant things. The lawyer points out that he was once asked for cakes with some ingredients and an exact weight to throw to the public “because it was part of the show.”

Separating red lines from mere whims is key. As in the film Green Book, the artist may need a specific piano and “if the production company does not obtain it, and it is defined in the contract as an essential condition, the musician could refuse to play,” says Manuel López. “Once they asked us for a very special piano, of which there were only two in Europe. We were able to provide a similar one, because it had not been defined as an essential condition in the contract. That detail allowed us to force the alternative, ”says the lawyer.

Posters are another headache. “It’s a real tug of war where the artist’s ego comes into play, which can be hurt,” explains López. On some occasion, he says, they have had to leave the typography, font size and row number of the musician’s name on the poster previously tied down.

Problems can also come from using the star image without your permission. Something that “is generally authorized through the performance contract,” emphasizes Belén Álvarez. For her part, López adds that “the artist cannot be announced before the contract is closed” no matter how advanced the conversations are, since “since his participation is publicized, a profit begins to be generated. economic”.

The birth of a festival goes hand in hand with the creation of a brand that must be protected and registered. So advises Héctor Costa, lawyer for the promoter of Medusa, a registered trademark in Europe, China, Mexico and much of South America. Shielding the brand is vital to prevent the appearance of malicious competitors. There are precedents. In 2010, for example, the Villarrobledo City Council managed to annul the registration of ‘Viña Rock’ as a trademark requested by a production company with which it had broken up in the past. The Supreme clarified that the municipality was the true creator of the sign and therefore its owner. The question was not trivial for a meeting with an economic impact of around 22 million euros per edition.

Alpaslan Öztürk: I came across the worst Galatasaray in recent years

Shooting in Texas: Uvalde Massacre: a video reveals the appearance of the killer and the inaction of the police | International
July 13, 2022

Shooting in Texas: Uvalde Massacre: a video reveals the appearance of the killer and the inaction of the police | International

Saratoga: Four dead and 13 injured in an explosion at a luxury hotel in downtown Havana | International
May 6, 2022

Saratoga: Four dead and 13 injured in an explosion at a luxury hotel in downtown Havana | International

Havana: The Saratoga tragedy continues to grow: there are already 40 dead and five people are still missing | International
May 10, 2022

Brazil election results: Lula prevails and will contest the second round against a reinforced Bolsonaro | International
October 3, 2022

Brazil election results: Lula prevails and will contest the second round against a reinforced Bolsonaro | International