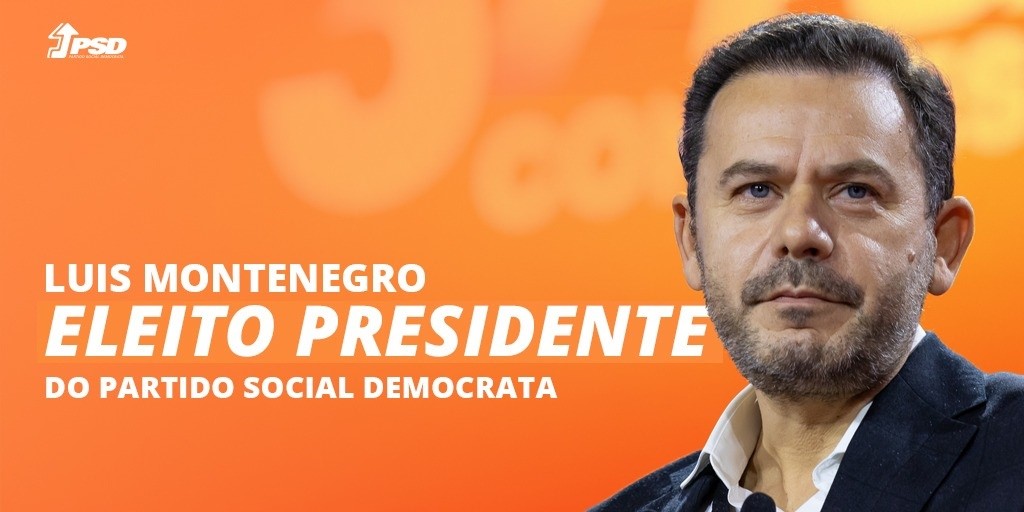 The primaries held this Saturday in the Social Democratic Party (PSD, center-right) of Portugal did not betray the forecasts that circulated in the formation. Luís Montenegro, who won in all the districts, easily prevailed over his opponent, Jorge Moreira da Silva, with 72.46% compared to 27.53%.

The new president of the main opposition party was victorious at his second attempt. In the previous one, in 2020, he had lost to Rui Rio, the leader whom he will now replace after some primaries with a large abstention and little media impact. “With this result we have sent a signal to the country, which had become accustomed to a leader being elected in our primaries, but the party continuing to be divided. Now a leader has been chosen and the party is also united, ”said Montenegro in the first speech after his victory.

Whatever happened in the primaries, a certain nostalgia for the passism, the stage of strong internal leadership of Pedro Passos Coelho, who governed Portugal between 2011 and 2015, a few years marked by the cuts imposed by the international institutions that intervened in the country (European Commission, European Central Bank and International Monetary Fund). Both Montenegro and Moreira da Silva claimed to be heirs to that administration, which the center-right longingly remembers after seven years in the opposition. The first because he was parliamentary leader of the PSD and the second because he was part of the Government of Passos Coelho as Minister of the Environment.

Despite these common origins, both politicians have shown a different position regarding the dialogue with the extreme right of Chega. While Moreira da Silva drew a red line that excluded André Ventura’s organization from any agreement, Montenegro is not willing to dispense with Chega if necessary to form a government. Until now, the only Portuguese territory where the PSD agreed with the extreme right is in the Azores regional Parliament, where Chega’s support allowed the election of a conservative regional president (José Manuel Bolieiro), who governs with great political instability and pressure. rightmost constants.

With the arrival of Montenegro, the cycle of Rui Rio is closed, the former mayor of Porto who failed to become an alternative to the socialist António Costa, prime minister since 2015. Rio practiced a moderate and outstretched opposition to the Government during the management of the pandemic, which was answered internally and which did not materialize in the street either. Of great intellectual strength, critics criticized him for a certain arrogance and authoritarianism. He led the party despite the party, as was seen in the 2021 primaries, when he won thanks to militancy and against the wishes of the apparatus and the local barons. In the last legislative elections in January, the fact that the Socialists achieved an absolute majority instead of suffering the erosion of power showed that they had reached the end of their stage. This Saturday, after casting his vote in the primaries, Rio made it clear that he is saying goodbye: “My political future ends here. Paragraph end point.

With his victory on Saturday, Montenegro becomes president of the PSD with the aim of running in the 2026 legislative elections, although this will also depend on the result obtained by the formation in 2024, when European elections will be held. “I have two years to show what I am capable of,” Montenegro acknowledged during his campaign.

Russia is willing to allow the export of grain if Ukraine agrees to demine the coast | International
June 8, 2022

The Netherlands apologizes to its blue helmets for a “mission that became impossible” in Srebrenica | International
June 18, 2022

Refugees from Syria: The odyssey of the Syrian exodus: fleeing war to fall trapped in misery | International
June 13, 2022

Refugees from Syria: The odyssey of the Syrian exodus: fleeing war to fall trapped in misery | International

Maduro calls on Turkish businessmen to invest in the “recovery” of Venezuela | International
June 8, 2022