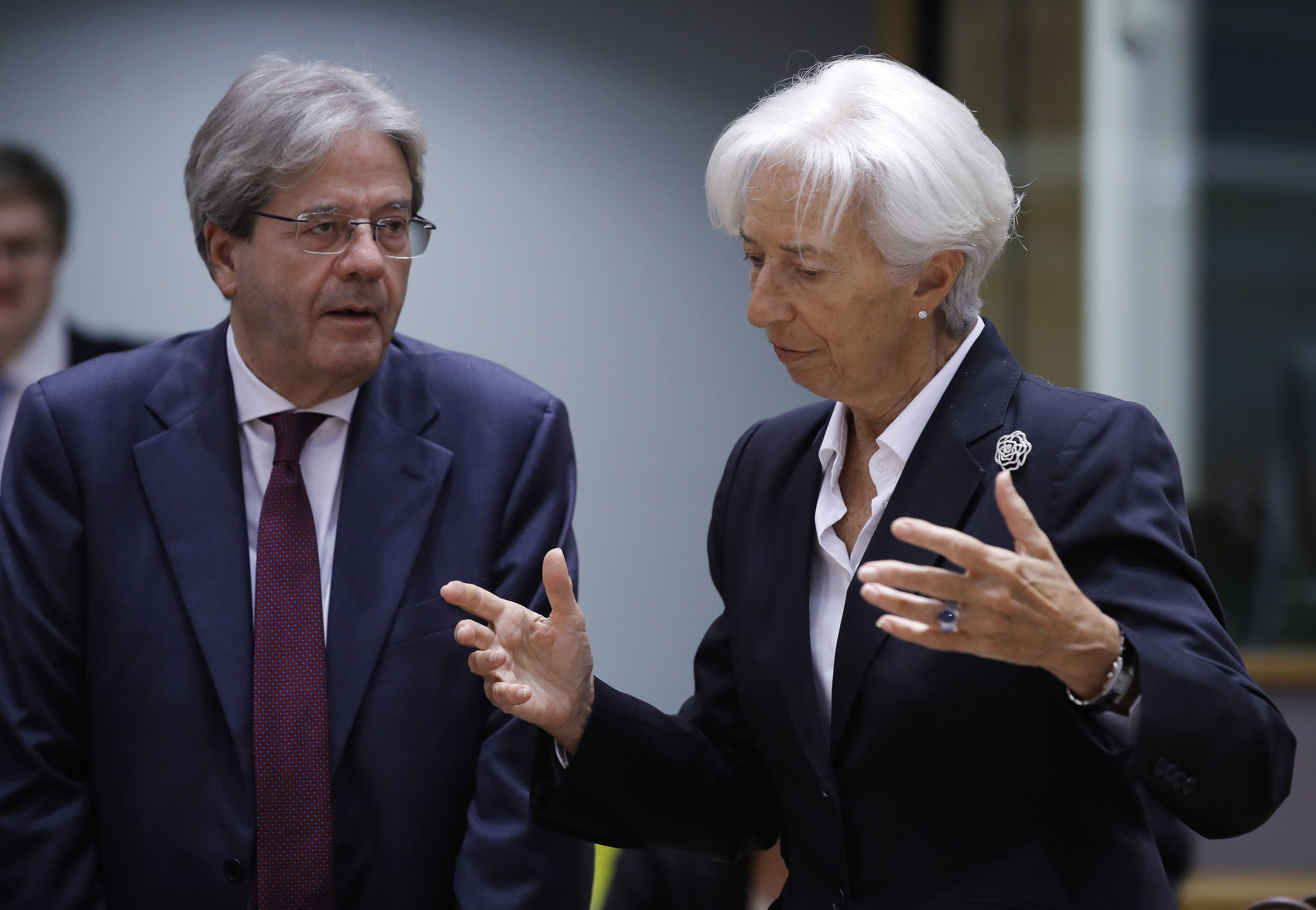 In recent weeks, European institutions have endorsed one of the most celebrated choruses by New York singer Lenny Kravitz, who a quarter of a century ago proclaimed that the Rock And Roll had passed to a better life. Faced with the economic collapse caused by the pandemic, capitals and central bankers followed the same rhythm since March 2020 by launching massive stimulus packages unprecedented in the history of the European project. The numbers leave no room for doubt: just to stop the blow of the crisis derived from covid-19, national treasuries will have allocated 1.3 trillion euros by the end of 2022, while the European Central Bank (ECB) has bought debt for at least 1.7 billion. However, Brussels and Frankfurt plan to end the Rock And Roll and leave only the echo of the sound of the European recovery fund and debt reinvestments.

The president of the ECB, Christine Lagarde, did not want to wait until next week to clear up any doubts about the direction that the institution will take in the coming months. On the Eurobank blog, Lagarde announced that net debt purchases will end in July. To its purchases of 1.7 trillion are added nearly 600,000 million (at a rate of about 20,000 million per month and another 120,000 additional) more than the traditional debt acquisition program. All that ends. And furthermore, the euro zone is already facing the first increases in interest rates.

Brussels has also sent the signal to the capitals to clean up their finances. According to the network of the EU’s Independent Fiscal Institutions (IFIs), from March 2020 to December 2022, EU countries will have spent an average of 9% of GDP on direct fiscal aid – which excludes guarantees or endorsements—to protect companies and citizens from the blow of the pandemic. That is, 1.3 billion euros in the Union as a whole. In total, the IFI has identified at least 1,000 different ones deployed in the EU just to deal with covid-19, that is, not including those adopted as a result of the war in Ukraine.

Given the uncertainty posed by the Russian invasion, the European Commission decided to keep the fiscal rules suspended in 2023, but has already requested public spending adjustments. “The change has been announced but postponed pending what happens in Ukraine. Even so, the Commission has already indicated that the process of fiscal consolidation must begin,” says Xavier Vives, professor of Economics and Finance at IESE. Brussels, in fact, asks the partners with the greatest fiscal and financial muscle – such as Germany – a “neutral” fiscal position, while calling for “prudence” from Spain, Portugal, Italy or Belgium, even asking them to limit the increase in spending by below potential growth in the medium term.

The International Monetary Fund (IMF) points to the same direction. Its director of the European Department, Alfred Kammer, explains via email to this newspaper that it is “key” that countries, especially those with less fiscal space, “now present credible medium-term plans to guarantee sustainability. Although the EU’s general escape clause [que mantiene suspendidas las reglas fiscales] extends to 2023, prudent fiscal stance is required,” says Kammer, adding: “Countries with less fiscal space may need to adjust faster and earlier, especially in the context of rising interest rates. It remains imperative to rebuild fiscal buffers to be prepared for the next crisis.”

The Commission and the IMF demand that governments limit subsidies and focus on the most vulnerable groups. That is, in fact, one of the three headaches of the European network of tax authorities. “We are concerned that the aid that has been given since March 2020 may become permanent and have an impact on long-term fiscal sustainability. But also that they are well focused on companies that need it and that are really related to covid-19 ”, explains Inna Oliinyk, coordinator of the IFI.

While government revenues may grow spurred on by inflation, rising prices may also lead to higher spending. In the case of Spain, Brussels is examining the pension reforms with a magnifying glass, the departure of which may skyrocket next year. The Bank of Spain calculates that this amount could grow by between 12,600 and 13,500 million euros if in November the average inflation of the last twelve months is between 7% and 7.5%. “Spain has also launched one of its largest public job offers, with up to 45,000 jobs, the bulk of which correspond to the General State Administration,” recalls Xavier Vives. “The indexing [de pensiones y salarios] in general it imposes some risks on sustainability and highlights that, if it is not temporary, inflation can have a political impact on fiscal policy”, adds Oliinyk. These fears have led Brussels to ask the most indebted countries, including Spain, for the utmost prudence. In silver, to finish the Great Stimulus.

rock and roll is dead It didn’t exactly sweep the US charts. But Kravitz can boast that Prince answered him almost immediately with a B-side: rock and roll is alive. And that is still being proclaimed from some sectors of Brussels or Frankfurt, who believe that they are not leaving any country out in the open. The countries will have to draw a path of adjustments. However, at least for now, they will be able to avoid austerity and protect investment thanks to the pumping of resources from the European recovery fund. A tool that international institutions aspire to acquire a certain permanence to pay for the green transition, investment in defense or the reconstruction of Ukraine. The ECB, for its part, recalls that it has a large balance with which to continue reinvesting. And in case they come badly given to the south, he does not rule out using some innovation to intervene.

Mustafa Şentop, Speaker of the Grand National Assembly of Turkey, made statements about the phone being broken in the pulpit!

The latest situation in the pension increase: The good news of welfare!

The cap on Russian oil: one more blow to Moscow, but far from lethal | International
22 mins ago

Arrigo Sacchi: “Football is the mirror of Italy, a country that has confused values” | International
September 22, 2022

Arrigo Sacchi: “Football is the mirror of Italy, a country that has confused values” | International

The street escalation of Kirchnerism cracks the opposition in Argentina
August 30, 2022

The street escalation of Kirchnerism cracks the opposition in Argentina

Ukraine and Russia achieve the first advances in the negotiation to unblock the Ukrainian grain | International
July 13, 2022

Chile: Easter Island is left without tourism: “The situation is one of collapse” | International
April 16, 2022

The Malian Army and alleged Russian mercenaries kill 300 civilians in the center of the country, according to HRW | International
April 6, 2022

The Malian Army and alleged Russian mercenaries kill 300 civilians in the center of the country, according to HRW | International