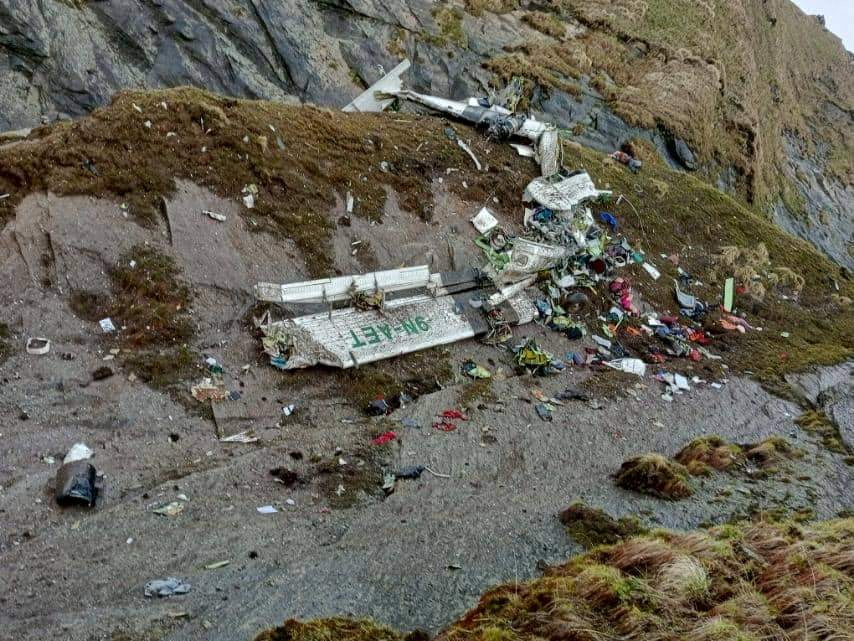 The rescue teams of Nepal have recovered this Monday the bodies of 14 of the occupants of the Tara Air company plane that crashed on Sunday with 22 people on board, as confirmed by the authorities and sources of the company itself. “There is very little chance of finding survivors,” Deo Chanda Lal Karna, a spokesman for the Nepalese Civil Aviation Authority, told Reuters.

The remains of the aircraft have been found after more than 20 hours of searching on a remote slope of the Himalayas, in the district of Mustang (northwest of the country), at more than 4,000 meters above sea level. It is the same region where Mount Dhaulagiri, the seventh highest peak in the world (8,167 meters), is located near Nepal’s borders with China.

Bad weather and the arrival of night had forced the tracking of the plane to stop until Monday. The spokesman for Yeti Airlines, the parent company of Tara Air, Sudarshan Badtaula, told Efe that the plane crashed into the side of a mountain, scattering the bodies of the passengers in a radius of about 100 meters.

The Twin Otter 9N-AET aircraft was flying from the city of Pokhara (about 125 kilometers west of Kathmandu) to Jomsom, a popular destination for trekkers in the Himalayas, about 20 minutes by plane from the city of departure. It took off from Pokhara around 09:55 local time (06:10 Spanish peninsular time) and contact was lost just 10 minutes later, according to the Civil Aviation Authority of Nepal. In it were 16 Nepalis (including the three crew members), four Indians and two Germans.

Authorities have confirmed that rescue efforts are continuing. Nepalese army soldiers and other rescue workers are working at the scene amid “dense cloud cover.”

Located in the heart of the Himalayas, Jomsom is a popular destination among foreign tourists. However, the route from Pokhara has a long history of accidents, one of the first in August 1998, when a Lumbini Airways plane crashed on takeoff from Jomsom, killing all 18 passengers.

Another 18 people died in a similar accident in 2002 aboard a Shangri-La Air Twin Otter. One of the worst incidents occurred in February 2016, when all 23 passengers on a Tara Air flight died en route from Jomsom to Pokhara.

Nepal, with frequent air accidents, has been the subject of repeated international sanctions for the lack of controls. The European Union has banned access to its territory to Nepalese airlines since 2013. The most serious air accident in recent years in Nepal occurred in March 2018, when a plane from the Bangladeshi airline US-Bangla from Dhaka crashed during the landing maneuver at Kathmandu International Airport with 67 passengers and four crew members on board.

Abortion, decisive for the Democrats to retain the Senate in Nevada | International

At least 255 dead in a magnitude 6.1 earthquake in southern Afghanistan | International

Abe’s party revalidates its majority in the Upper House of the Japanese Parliament two days after the assassination | International
July 10, 2022

Venezuela announces the reestablishment of military relations with Colombia
August 10, 2022

Venezuela announces the reestablishment of military relations with Colombia

In the sun and next to a lake, the French left warms up to defeat Macron | International
August 30, 2022

In the sun and next to a lake, the French left warms up to defeat Macron | International

The West says it will hold Putin accountable for indiscriminate attacks on Ukrainian cities | International
October 12, 2022