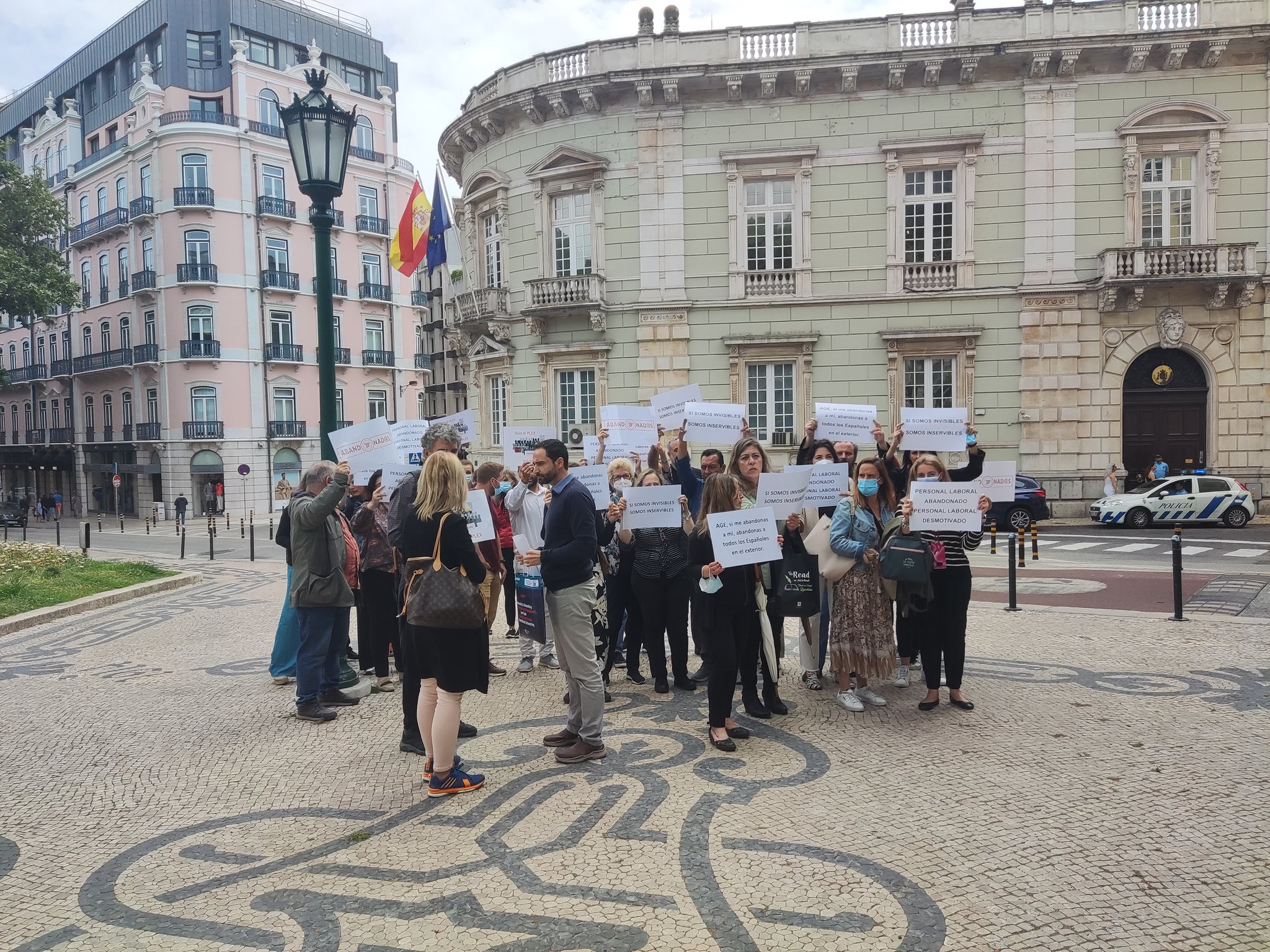 The workforce that works in centers of the Spanish Administration in Portugal has since today joined the mobilizations carried out in other countries due to the lack of salary updating with two concentrations in Lisbon and Porto. The workers denounce that since 2009 they have suffered a decrease in their working and salary conditions, “resulting in public employees living in a precarious situation and forced to have to look for a second job to achieve decent living conditions,” according to the statement they have released this Monday.

In Portugal, almost a hundred employees work for different bodies of the General State Administration, including the embassy, ​​the consulates, the Cervantes Institute, the Spanish Tourist Office, the Commercial Office or the Spanish Giner de los Ríos Institute. About twenty of them have participated in the concentration that has taken place at the gates of the Embassy of Spain in the central Avenida de la Libertad. The intention of the group is to repeat the concentrations every Monday before the headquarters of the different Spanish institutions in Portugal.

Reyes Villajos, UGT representative of foreign workers in Portugal, pointed out that they all suffer “common problems” even though they have been hired by institutions from different ministries. “We share the abandonment of the collective and the non-revaluation of wages”, he indicated. “We also don’t want it to be associated with a single country because it is a generalized situation,” he added.

Workers residing in Portugal say they have lost 23.5% in purchasing power in 13 years due to the increase in energy, food and housing prices, which have skyrocketed in Lisbon and Porto due to the rise in tourism and speculation real estate. “We have lost almost a quarter of the salary,” Villajos underlines.

Its list of demands also includes the updating of labor categories, the improvement of both personnel and media resources in the Spanish offices abroad and an agreement that regulates the working conditions of contracted personnel. “We are an exception within the State Administration due to the lack of an agreement”, highlighted the UGT representative.

Energy tension in the EU is growing! Couldn’t agree on ceiling price

Ukraine: Ukrainian-Canadians: between sadness and help without rest | International
March 11, 2022

Ukraine: Ukrainian-Canadians: between sadness and help without rest | International

The ‘disobedient’ daughter of an Argentine torturer fights not to be excluded from the inheritance for “unworthy”
July 18, 2022

The prolongation of the war tests the cohesion of the West towards Russia | International
August 21, 2022

Negotiations begin in Congress for the new Constitution in Chile
September 8, 2022

Negotiations begin in Congress for the new Constitution in Chile