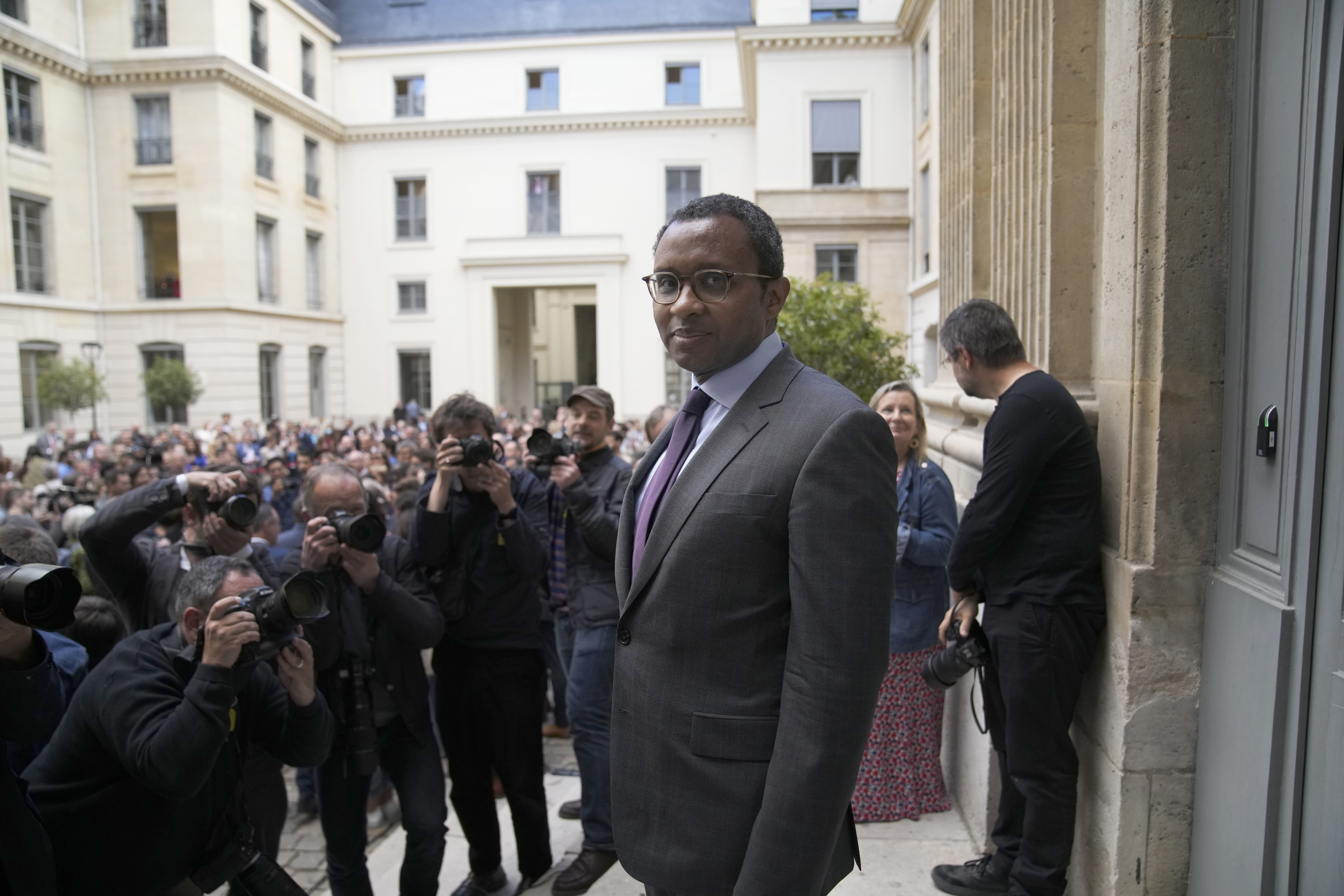 There are 27 ministers in the new French government, but when the Elysée Palace announced their names on May 20, the most virulent criticism was directed at one, and only one: the eminent black historian Pap Ndiaye, 56, a new Minister of National Education. “Emmanuel Macron has opted for provocation by appointing someone who defends an ideology at the head of National Education and in charge of the future of our children. racialistindigenous and wokist”, denounced Marine Le Pen, head of the extreme right and defeated by Macron in the presidential elections in April.

The jargon that Le Pen used in his attack on Ndiaye says it all about an ideological battle that, in France, is taking place with words that no one, not even those who use them as a flag or as a throwing weapon, are clear what they mean, but that have been used for years being common currency in the public debate. The three conceptsracialistindigenous and wokist) point to the same thing. The far right portrays Ndiaye as a radical who cultivates anti-white and anti-French resentment. He is also a promoter in France of doctrines, inspired by the new left in the United States, that would fracture national cohesion in minority communities, who claim reparations for his suffering.

Macron – accused during his first term of governing the right – knew what he was doing by appointing Ndiaye. Because Ndiaye is a symbol. The son of a Senegalese man whom he barely knew and a French woman, brother of one of the most prestigious novelists in French letters, and until now director of the Immigration History Museum, the new minister is an emblem of academic excellence and French intellectual might. Also of the diversity of France, which he has explained in books such as La condition noire: essai sur une minorité française (the black condition: an essay on a French minority), published in 2008. And it is the symbol of something else: a break with the previous minister, Jean-Michel Blanquer, who had a workhorse in his final stage: the fight against the penetration in France and its academic world of American-style multiculturalism. That is to say, everything that, according to his critics, Ndiaye represents.

“He is not a radical at all,” his sister, Marie NDiaye, told EL PAÍS last fall (she writes the d in capital letters). Together with his sister and mother, who was a teacher, Pap Ndiaye grew up on the outskirts of Paris and enjoyed the elite public education that France has offered his best students for decades. The little Ndiaye, as Marie recounted, did not know any blacks in their environment and were not aware of belonging to any particular race. Marie keeps looking like this. Pap, by expanding his studies in the United States, discovered his blackness. A bit like Barack Obama, also the son of a black man he barely knew and a white mother who raised him and who, like Pap Ndiaye, discovered his black identity early in adulthood. “He came back from the United States thinking that this issue might have a certain importance in France, even though he did not want to see or hear it,” recalled Marie Ndiaye.

Pap Ndiaye theorized this new identity in the dark condition, where it claims the role of the minority not as a separate community, but as a sum of experiences: when the black French claimed rights and dignity, they aspired to the full recognition of French identity and at the same time reinforced the universal values ​​of the Republic. According to this view, there is no contradiction between the two. Ndiaye’s dream is for black French people to be like their Jewish fellow citizens, “who, as a general rule (…) are free to be Jewish in their own way, or not to be,” as he explains in a text cited by the weekly L’Obs; Ndiaye is an intellectual of the nuance.

Criticism of his appointment as minister does not come only from the extreme right. He is blamed for denouncing, before becoming a minister, the “racist practices” of the French police. Or that he spoke of a “structural racism” in France. Or that he admitted in an interview with Le Monde share “most of the causes” of the movement woke up either awake: “Like feminism, environmental protection or anti-racism.” At the same time, he distances himself from a certain left: “I do not approve of the moralizing or sectarian speeches of some.”

“Pap Ndiaye is someone who is extremely prone to consensus,” anti-racist essayist Rokhaya Diallo describes him. “I am more blunt than him. He, for example, does not speak of state racism, like me. He believes there is racism in the state, which is a bit different.” Diallo considers that, with his appointment, Macron has reacted to the electoral rise of the left led by Jean-Luc Mélenchon. “He sends a message to the people on the left”, she values. “For me it is a relief.”

Ndiaye may be a nod from Macron to the left. Or also a return to his initial stage, more liberal economically, but also more open to the defense of a less rigid idea of ​​the history of France as well as its identity. For the new minister, however, the problem will be successfully managing what one of his predecessors called “the mammoth”; that is, the educational system. It is a body of educators with demands for better salaries and conditions, and some students and parents who, in many cases, no longer believe that the school is a social lift. That is where the success or failure of Minister Ndiaye’s mission will be measured.

Elections in the United States: This is how the Democrats stopped the Trumpist wave | USA

Check Also
Close
A serial killer is on the loose in peaceful Moscow, Idaho | International
7 mins ago

Imatra: Video | How does the war in Ukraine affect a small town in Finland? | Videos

Psychological warfare in Chernihiv, the place where the borders of Russia, Belarus and Ukraine meet | International
October 23, 2022

Psychological warfare in Chernihiv, the place where the borders of Russia, Belarus and Ukraine meet | International

The Ukrainian worker who became a hero after dying on the front | International
September 9, 2022

The false artistic installations that denounce the deterioration of Toronto | International
October 21, 2022

The false artistic installations that denounce the deterioration of Toronto | International

The floods in the Brazilian state of Amazonas, in pictures
May 24, 2022

The floods in the Brazilian state of Amazonas, in pictures