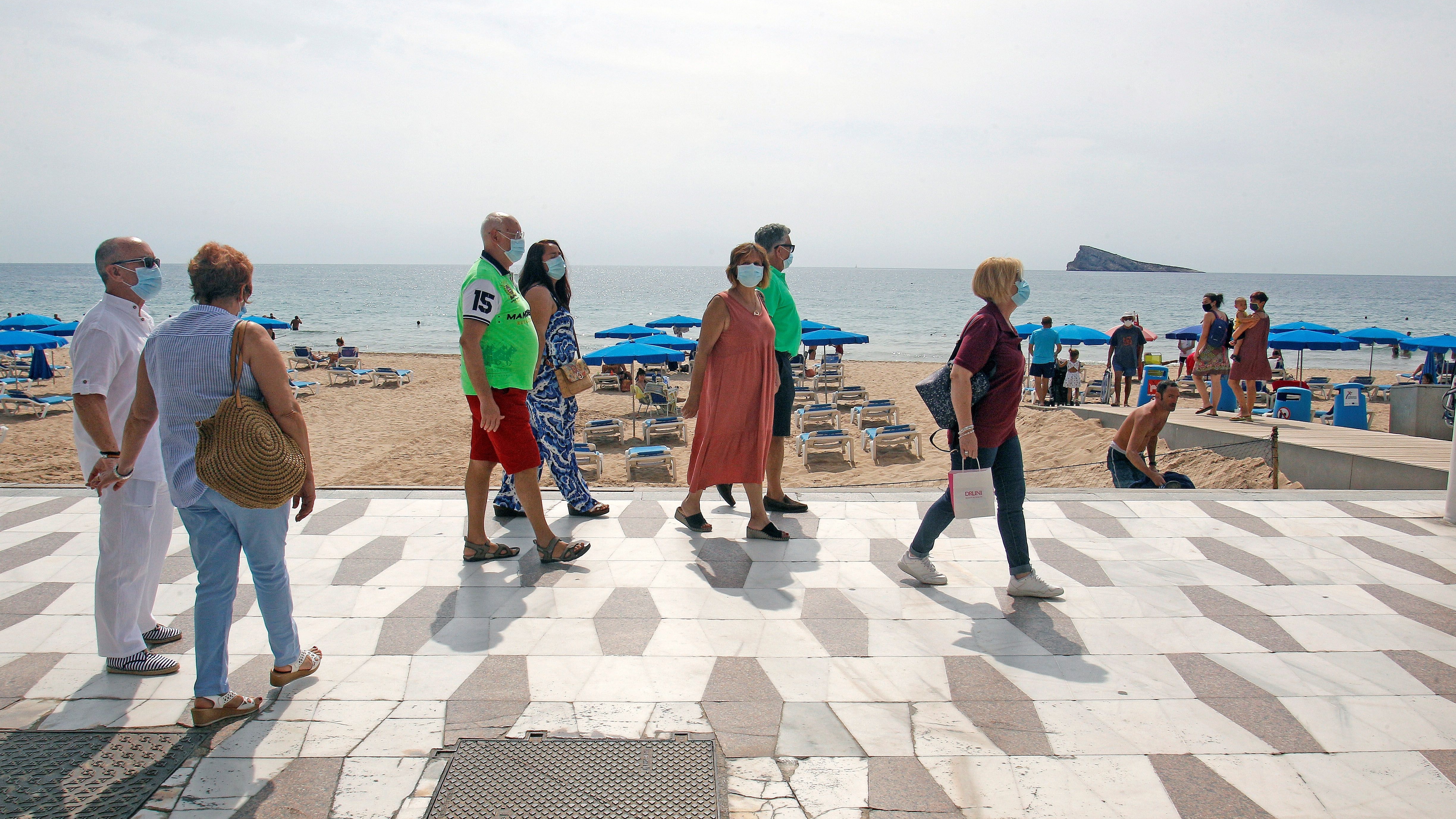 The Minister for Social Rights and the 2030 Agenda, Ione Belarra, has announced that the call of the Imserso for the coming season could increase its number of seats without increasing the price paid by the elderly. This statement has detonated a bomb in the hotel sector of the Valencian Community. In the employers’ association of the sector in Benidorm, Hosbec, Belarra’s statements have practically sounded like a declaration of war. “The ministry belittles, ignores and condemns hoteliers to ruin,” replies Toni Mayor, president of Hosbec, who calls for the “immediate resignation and relief of their responsibilities” of the minister.

Belarra’s intervention took place this Wednesday in the commission of Social Rights and Integral Policies of the Disability of the Congress. The minister celebrates as a “success” that the “booking and occupancy” figures have returned to “normality”, as evidenced, in her opinion, by the “close to 500,000 trips” made during the first half of 2022. After verifying the security of transfers, with only “0.6% of travelers infected with covid” in the current campaign, has advanced its forecasts. The next season, she predicts, will recover “100% of the occupancy, which can be increased in number of places if required”. And the prices are frozen, so that the older ones do not have “not a penny of increase in the trips”. The prices of this season They have ranged between 115.98 and 405.53 euros, depending on the duration and destination of the trip.

The shock wave of the statements has instantly traveled the 450 kilometers that separate Madrid from Benidorm. Hoteliers say they feel “indignation and perplexity” at the possibility of the vacation program for the elderly being extended, “completely ruling out an upward revision of prices.” “It is unheard of,” Mayor maintains, “that once again the tourism sector is subjected to the category of pariah or of the most absolute marginalization.” With a heavy load of irony, in Hosbec they request “the key” to square the Imserso prices with the “increases in the main hotel costs”. According to the accounts of the employers, the labor cost has grown “with 4.5% of salary increases signed last week”, the food and beverage cost “more than 20 percentage points” and the energy cost has skyrocketed “with a 150% increase. The “announced freeze”, they insist, will have a devastating effect on the tourism industry.

The hoteliers of Benidorm, the highest reference in the sector in the Valencian Community, recall that the price set by Imserso and the successful bidders forces Spanish hotels, most of them four stars, to work at a net price of 22 euros per person per day . That budget, says Mayor, “includes accommodation, full board with wine and water included, free Wi-Fi, heating and air conditioning and all the services of a hotel of its category.” In addition, they argue that “who really makes money with this program is the State itself”, since for each one of the “approximately 63 million euros” that it invests per season, “it collects, between social contributions, unemployment benefits that it leaves to pay and taxes, about 110 million”.

In their barrage, the hoteliers stress that “there is no argument to deny the economic update” of Imserso. And they warn that even “users have expressed their willingness to contribute with a greater contribution to guarantee the parameters of quality and services that correspond to the Spanish hotel industry”. In the tourist capital of Alicante, they are also discriminated against by the conditions imposed by the ministry. “A user who travels from Bilbao to Mallorca pays 100 euros more” than another who goes from Bilbao to Benidorm, “having the same usage scheme: air travel, transfer from the airport and accommodation at the assigned hotel”. “No one has been able to explain these differences and why they occur,” they lament.

Passenger minibus and car collided in Balikesir, 9 people were injured

His skeleton was found in the sea after 3.5 years, 25 years in prison for the suspect

The money revolution has begun | Economy

A wave of attacks against the power grid in Ukraine leaves hundreds of thousands of people without power | International
October 18, 2022

Ukraine: Russia announces the withdrawal of its troops from the key city of Kherson and nearby areas | International
3 weeks ago

Ukraine: Russia announces the withdrawal of its troops from the key city of Kherson and nearby areas | International

Trump returns to the political battle: “I have already made the decision” | International
July 15, 2022

Trump returns to the political battle: “I have already made the decision” | International

Who are Putin’s 300,000 reservists | International

The second duel of Pedrógão Grande: no one is responsible for the 66 deaths from the 2017 fire | International
September 26, 2022

The second duel of Pedrógão Grande: no one is responsible for the 66 deaths from the 2017 fire | International