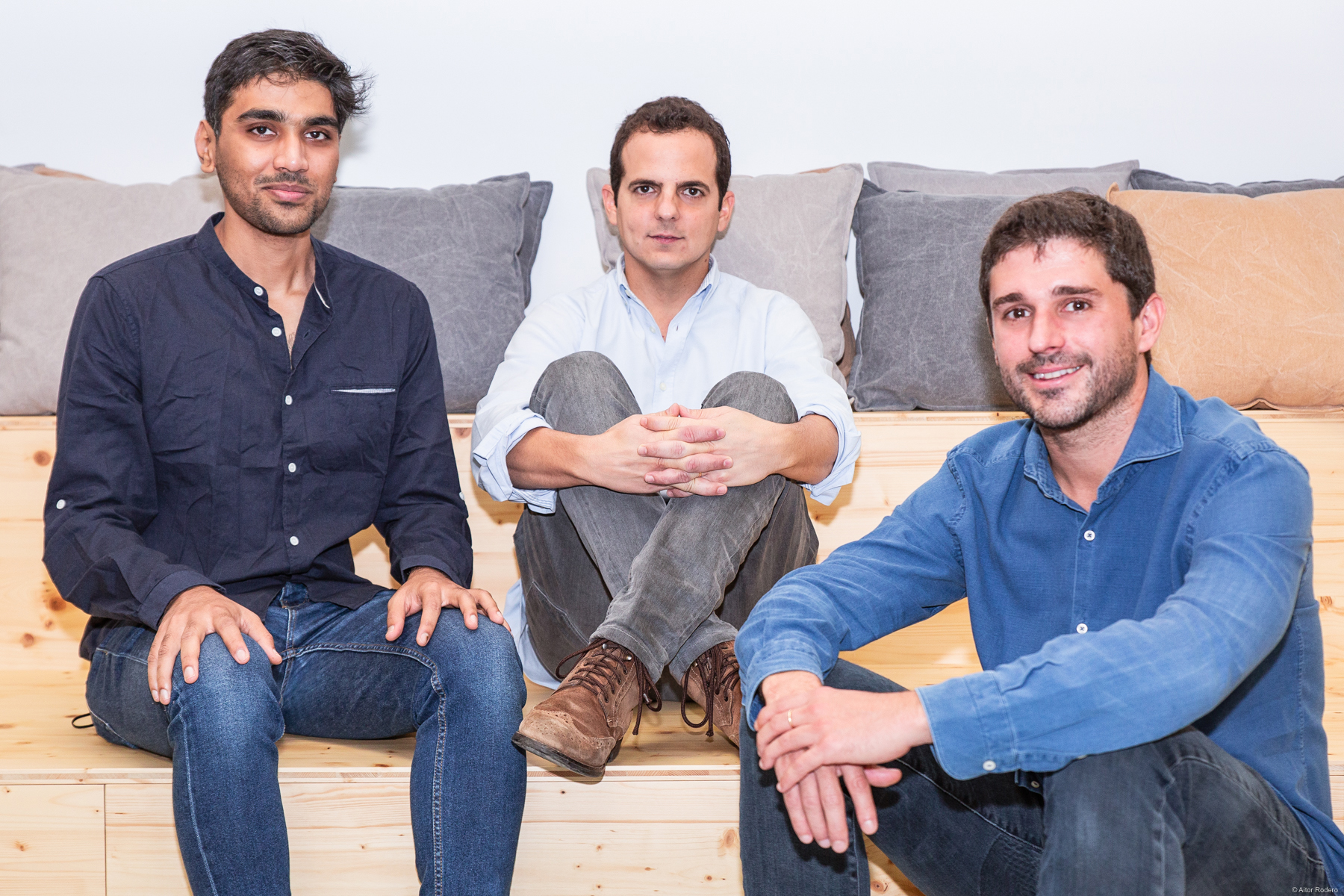 Paack’s story begins with three friends from Barcelona who want to start a business together. Fernando Benito, expansion director of a tourism and real estate group; Xavier Rosales, commercial director of a group dedicated to printing on surfaces, and Víctor Obradors, a partner in a law firm, met weekly to discuss in which sector to try their luck. They decided on the thriving electronic commerce, which in Spain grew by 13.7% in 2021, to 13.7 billion euros, according to the CNMC annual report. By video call, Benito explains that opting for such a large market allowed them to reduce risks.

Their initial idea was to create a platform to shorten delivery times and they thought that partnering with taxis was the best way to achieve this. With this plan, they entered the Emirati accelerator Turn8, based in Dubai, in 2016, where they were joined by a fourth partner, the Indian entrepreneur Suraj Shirvankar. But they soon realized that the project had a problem. “Although there are national laws, it is the cities that often set the use that can be given to these vehicles. And in Madrid, for example, we were not going to be able to make shipments”, reveals Benito. Hence, they finally joined forces with companies specialized in immediate deliveries. It was then that they developed their first solution. “Our technical team was very small, but we were lucky enough to launch it with large operators such as El Corte Inglés or the L’Oréal Group. That makes the difference.”

Soon they saw that the product could be improved. “It didn’t have the expected impact because the buyer didn’t want immediacy, but rather flexibility.” That is, decide in what time slot to receive the order. And there came the great takeoff of the company. In order to offer this possibility, they increased the technical team, began to operate with warehouses and invested in their robotization. They were able to do so because of the financing they were attracting, which today amounts to 270 million euros. In addition to Spain, where they obtain 50% of their income, they are present in the United Kingdom, France, Portugal and, for a few weeks, Italy.

Although not exclusively, the company claims to deliver orders from 18 of the 20 largest electronic stores, including Amazon, Apple, Inditex, AliExpress, Nike and Nespresso, and hopes to have a thousand agreements by the end of 2022 and reach on that date the 80 million annual orders. Their turnover in 2021 was close to 100 million euros, and in 2020 they closed with profits in the national market, although since then they have been focused on a “demanding” internationalization plan and do not expect to recover them “before 18 months”.

A shipment can cost between 2.5 and 5 euros to stores. Benito affirms that the service they provide remains in that range, but he warns that they do not seek to be the best in price. “We are competitive, but our value proposition is based above all on technology,” he sums up. Paack employs 700 people, but outsources the hiring of the rest of the staff. Nor does it make deliveries directly, but Benito assures that they are “fully professionalized”. “We are not a collaborative solution: we do not have an application that a rider or a driver can be unloaded”. He points out that “in most cases”, the suppliers with whom they work hire the messengers.

The company provides service to 90% of the Spanish population, covering 100% of households in 21 provinces. And in several capitals, as in its entire British market, it uses only electric vehicles for the last mile – as the final displacement, up to 150 kilometers, of the order is known. Sustainability is a “fully integrated” demand in its strategy. “Because of the high investment, we cannot afford to grow only 20% or 30%,” he says, and acknowledges that after successive rounds of financing, the founders’ holdings have been “very diluted.”

With an IPO being ruled out “for the moment”, Paack wants to make his first purchases soon, a purpose that Benito elaborates on: “We are interested in companies with technology that complements what we already have; in some competitors and in traditional operators. The latter would allow us to acquire some customers that we are interested in and would also help us generate more order traffic, which would improve the efficiency metrics of our couriers.”

Those moments are on camera! He saw the cat falling from the 3rd floor!

Senate elections in the USA, Dr. It is eagerly awaited in Mehmet Öz’s hometown, Konya!

Endesa is awarded the fair transition ‘mega tender’ of Andorra, in Teruel | Economy

The 2,000 indigenous people of the National Park reach an agreement with the Government to return to their territories
May 9, 2022

The 2,000 indigenous people of the National Park reach an agreement with the Government to return to their territories

Last minute of the attack on Salman Rushdie, live | Rushdie’s attacker is in pretrial detention without bail | International
August 14, 2022

Last minute of the attack on Salman Rushdie, live | Rushdie’s attacker is in pretrial detention without bail | International

Israel and Turkey resume full relations after more than a decade of tension | International
August 17, 2022

Jeremy Hunt: The new UK Chancellor of the Exchequer warns that taxes will rise and there will be cuts | International
October 15, 2022

Jeremy Hunt: The new UK Chancellor of the Exchequer warns that taxes will rise and there will be cuts | International

Lula caresses the return to power in Brazil through the front door | International
October 2, 2022