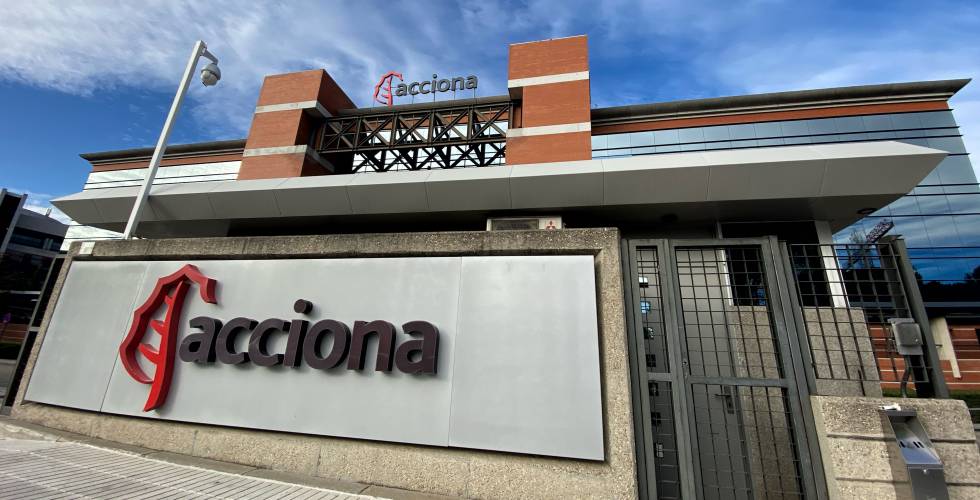 The Cáceres municipality of Navalmoral de la Mata will house the headquarters of the lithium gigafactory projected by the Chinese multinational Envision and which will have Acciona Energía as a partner. As announced today by Today from Extremadurathe project will have an investment of 2,500 million euros and will create more than 3,000 direct jobs and about 12,000 indirect jobs and will be located on the grounds of the Expacio Navalmoral industrial park in the town.

Acciona Energy has avoided comment. Other sources point out that the companies were yet to finalize the details of a project that will benefit from the PERTE of the electric car and that it has made it a condition to receive funds from this plan, whose term ends today. Extremadura has already opted to have the Volkswagen lithium gigafactory, which faithfully chose Sagunto (Valencia) as its headquarters.

What will be the second gigafactory of this type will have a capacity to annually produce 600,000 lithium batteries for electric vehicles, about 30 GWh (the project will be divided into three phases of 10 GWh each). The plant will occupy an area of ​​about 200 hectares.

Acciona would build, next to the factory, a photovoltaic plant to supply the necessary energy to the factory, according to the Extremadura newspaper. At its last general meeting of shareholders of Acciona Energy, on April 7, its executive president, José Manuel Canales, already announced, without giving details, “a revolutionary project” for batteries in alliance with a Chinese group, one of the main companies energy-technologies in the world.

The deadline for the Perte of the electric vehicle promoted by the Government that wants to host this project, ends today, June 3, so the confirmation of the project is extremely urgent. The aforementioned Perte is endowed with 2,975 million euros. The Chinese company Envision, the main promoter of the factory, is one of the manufacturers that leads the world market for lithium batteries in the world and supplies them to companies such as Renault or Nissan. The main headquarters of its battery division is located in Japan.

In addition, it has megafactories spread all over the world. In Europe it has one in France, in Douai, and another in the United Kingdom, in Sunderland. Envision also has three other gigafactories similar to the one to be built in Navalmoral, in China and the United States. The current production of all of them reaches 100 GWh.

In statements to the media, the spokesman for the Junta de Extremadura, Juan Antonio González, has asked for “prudence” regarding the possible implementation of the lithium plant in the region, since, yesterday, he had no “official notification” by investors. At the end of the meeting of the Governing Council, González insisted that it will not make a statement until there is an official notification from the investors, but that, if confirmed, it would be “the news of our lives”.

“We have learned that Extremadurans must be told the truth and the truth is that at the moment there are some investors who will have to decide if there is a gigafactory or not”, said the spokesman. He added that Extremadura has been preparing for this moment for 40 years, for very important investments to come, although “many citizens do not believe it.” The region has the largest amount of industrial land in its history and the rate of sale is the highest ever, said González, who added that the region is going to change “radically” in the coming years.

A few kilometers from Navalmoral, in the Campo Arañuelo region, is the Almaraz nuclear power plant, whose two groups are scheduled to close in 2026 and 2027, respectively, for subsequent dismantling.

A teacher in Kütahya delivered the 28 thousand liras he found on the road to its owner.

Why is toilet paper white?

The housing wound gets bigger in the final stretch of the year: the rise in rates threatens to cool down the market | Business

Saviano, after Meloni’s complaint for calling her a “bastard”: “All fears with this government were well-founded” | International
3 weeks ago

Saviano, after Meloni’s complaint for calling her a “bastard”: “All fears with this government were well-founded” | International

Argentina discusses whether a guerrilla attack that occurred 46 years ago is a crime against humanity
June 11, 2022

Ukraine: Learning to fight with tanks seized from the Russian enemy | International
June 2, 2022

Ukraine: Learning to fight with tanks seized from the Russian enemy | International

Lula grows in the polls and approaches the absolute majority in the first round of the elections in Brazil | International
October 1, 2022

Storm in the French left after admitting a Mélenchonist leader who “slapped” his wife | International
September 22, 2022

At least six killed in an attack in Kabul against Shia students | International
April 19, 2022

The life of Rodrigo Londoño after the end of Timochenko
July 10, 2022

The life of Rodrigo Londoño after the end of Timochenko