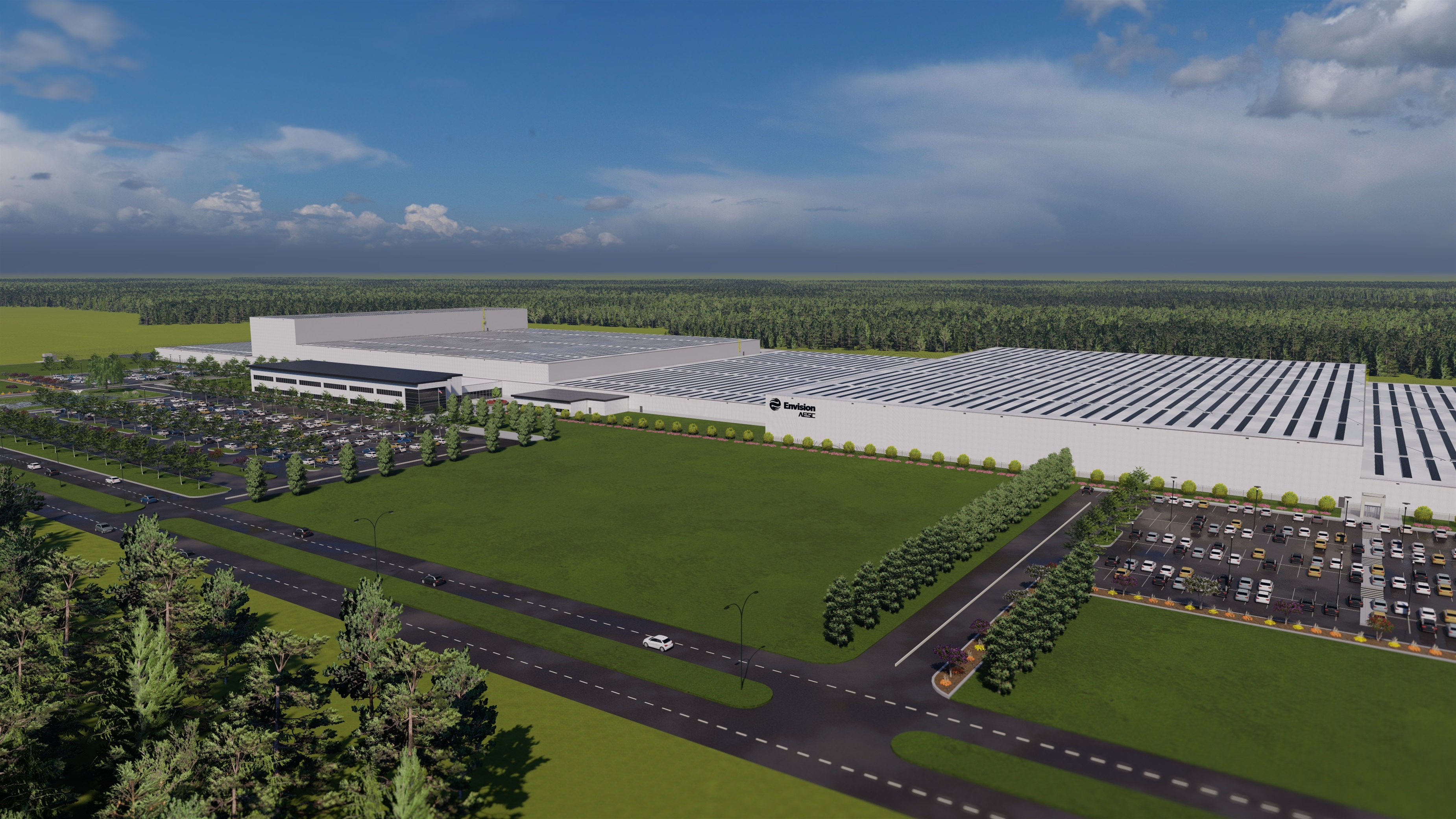 It’s official. The Chinese group Envision and Acciona have revealed this Friday, the last day on which they were allowed to present projects to the PERTE (strategic project for the recovery and economic transformation) of the electric car, the details of the battery gigafactory that they hope to build in Navalmoral de la Mata (Cáceres, 17,000 inhabitants). The factory will create 3,000 jobs, if the planned plans are not distorted, when it is “fully operational” in 2025. The initial investment in the project, which includes a total of 12 companies from 10 autonomous communities, is estimated at 1,000 million and will contribute to “position Spain as a European leader in the manufacture of zero emission batteries for electric vehicles”, according to its promoters.

Venergy+, as the initiative has been baptized, aims to manufacture electric batteries to power vans and heavy trucks, urban delivery vehicles, an electric motorcycle and three other modular vehicles. The plant, with an initial capacity of 10 gigawatt hours (GWh), will be powered entirely by renewable energy from local facilities. In a second phase, until 2030, the investment could grow by 1,500 million more to achieve a total capacity of 30 GWh, something that will be at the expense of “growth in demand”. For its development, the plan has 200 hectares of land made available by the Junta de Extremadura, according to its president, Guillermo Fernández Vara.

The plan has materialized after “several months” of negotiations with the Executive and with the Junta de Extremadura. In fact, Fernández Vara has revealed in a press conference that some meetings were also attended by the president of the Extremaduran PP (this Friday he announced that he will cease to be so in July) and former president of the Board, José Antonio Monago, whom he has thanked for his collaboration.

“Envision is very grateful to the Government of Spain and the Junta de Extremadura for the level of support they have shown for us to reach this important point,” said the president of the Envision Group in Spain, José Domínguez Abascal, in the statement released this Friday. The investment by the Chinese giant is made through its battery subsidiary Envision AESC, with six operating factories in China, Japan, the US and the UK. In addition, it projects the construction of another five plants (one in each of these countries, plus another in France) to which the Cáceres megafactory will now join.

The investment of 1,000 million opts for the aid of the PERTE of the electric vehicle that the Government launched last March and that will provide financing. Business sources cited by Five days point out that Envisión will be responsible for 89% of the total investment (890 million) and that it aspires to receive half of that amount in aid and advantageous credits through the Executive’s strategic project, which puts a total of 2,975 million on the table for initiatives like this or the gigafactory that Volkswagen will build in Sagunto (Valencia).

The Minister of Industry, Reyes Maroto, has shown her satisfaction with the plan. “It will mean having the second battery gigafactory in Spain,” she said in statements to a television network. “This confirms that the PERTE of the electric vehicle was well defined and that Spain is an attractive place to invest and develop sustainable mobility”, she added, before confirming that the Executive has received “many projects” in that PERTE. For her part, Fernández Vara has expressed a “serene, but profound joy”. “This is excellent news for Extremadura, without a doubt, today a new time begins for this region because we have always been outside of everything that the industrialization of Europe or Spain meant”, said the Extremaduran president, who has valued the availability of urbanized industrial land in its territory.

In addition to Envision and Acciona, which participates in providing clean energy to the factory, another 10 small companies are part of Venergy+, a PERTE requirement. These are Teknia Ampuero, Galician Automotive Technology Center (CTAG), Aresar, Liux, Qalma, Glavista, Cable Energía and Kapture. This means that, although with its epicenter in Extremadura, the initiative will also be developed in the Basque Country, Castilla-La Mancha, the Valencian Community, Catalonia, Cantabria, Madrid, Navarra, Galicia and Andalusia.

Evacuation of British woman who allegedly killed her friend

Gopuff leaves Spain after agreeing the ERE with its workers | Economy

The possible entry of Chinese capital into the port of Hamburg unleashes a political storm in Germany | International
October 22, 2022

The Dolomites: At least five dead and eight injured by the detachment of part of a glacier in the Italian Alps | International
July 3, 2022

The Dolomites: At least five dead and eight injured by the detachment of part of a glacier in the Italian Alps | International

Biden recalls on the anniversary of 9/11 that the defense of democracy is a “daily obligation” | International
September 12, 2022

Ukraine’s counteroffensive makes gains in the east and reaches the gates of Luhansk | International
September 20, 2022

Brothers of Italy is firmly advancing to become the great party of the right | International
May 1, 2022

Obama: “Putin is a threat to European democracy” | International
June 14, 2022

Obama: “Putin is a threat to European democracy” | International

Afghan judges: “When the Taliban arrived, I only thought of fleeing to save my life” | International
September 19, 2022

Afghan judges: “When the Taliban arrived, I only thought of fleeing to save my life” | International

Bolsonaro turns the bicentennial of Brazil’s independence into an electoral act | International
September 7, 2022