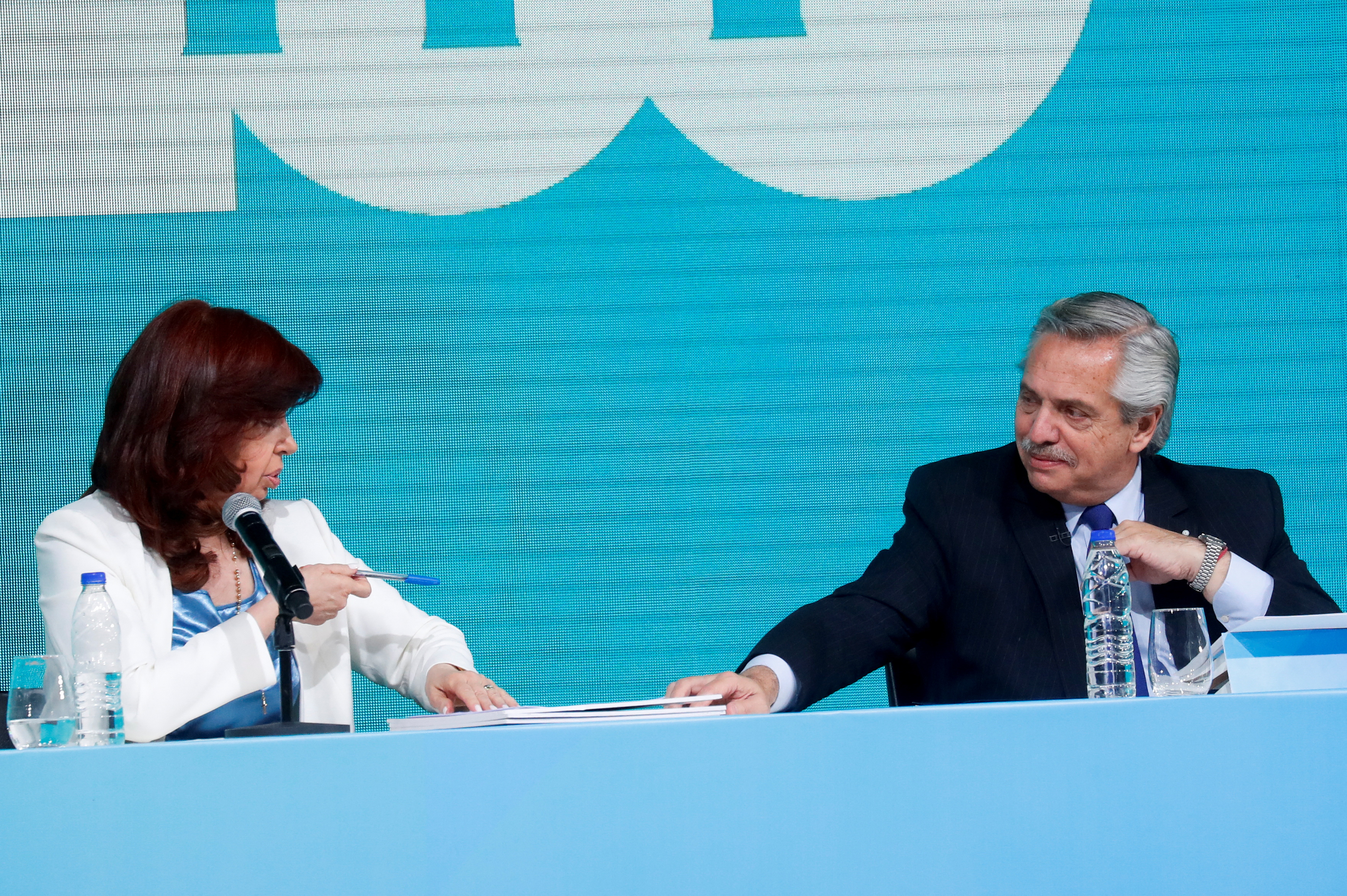 A simple pen has become a weapon of a fierce political insider in Argentina. The recipient of the graphic stiletto is the president, Alberto Fernández. The one brandishing the contraption is his vice president, Cristina Fernández de Kirchner. The pen is a symbol of presidential power: decrees and resolutions are signed with it. This Friday, the vice president demanded that Fernández use the pen “with those who have to give things to the country.” Translated: that he assume the power that his position gives him and negotiate harshly with the businessmen, whom Cristina Fernández de Kirchner considers debtors of the good moment that the industry is going through in the post-pandemic.

The gesture of the pen, a huddle of all the headlines in the Argentine press, was the most striking moment of a long-delayed reunion. Fernández and Kirchner met this Friday face to face after 92 days. The excuse was the centenary of the state oil company YPF, a company in which the deepest nationalist sentiments and the most pressing economic needs are mixed. On the one hand, the renationalization of YPF in 2012, until then in the hands of Repsol, is the flag of Kirchnerism; on the other, the Casa Rosada is betting that the export of hydrocarbons, centered on the Vaca Muerta deposit, will solve the chronic shortage of dollars that Argentina suffers. The birthday was the framework to stage a tense truce in the fight that has fractured the presidential binomial.

“Whoever wants to govern Argentina without jobs or conflicts, I recommend that he run for the presidency of Switzerland. But here, in Argentina, there are tensions and conflicts,” said the vice president, a direct reference to the tensions that separate him from Alberto Fernández. The president stood to his left and listened with a serious face. Next to them sat on the stage Pablo González, president of YPF and member of La Cámpora, the group that represents Kirchnerism in the Peronist coalition that governs Argentina.

The public rose to the occasion. Governors of the oil provinces, businessmen in the sector, ministers: all distributed according to their loyalty to Fernández or Kirchner. They were together, but not scrambled, as is popularly said. The rupture between them began with the Peronist defeat in the legislative elections last year, when the former president ordered her ministers to resign to force a change of cabinet. And it was consummated at the start of the year, when Fernández signed a new payment plan with the International Monetary Fund (IMF) for the 44.5 billion dollars that the government of Mauricio Macri had received in 2018. Kirchnerism considered that the agreement forced the country to make a harsh fiscal adjustment. Máximo Kirchner, Cristina’s son, then resigned as head of the ruling bloc in Deputies, so as not to have to vote in favor.

Last March 1, the day of the opening of annual sessions in Congress, was the last time that the president and his vice president saw each other. Then they stopped talking. Fernández decided to do without Kirchner, while he received increasingly open criticism from the vice president’s sector. The president even had to support his economy minister, Martín Guzmán, the target of the harshest attacks. This Friday, Fernández silently resisted Kirchner’s darts, but then he exchanged smiles with them and some comments off the microphone. “As Cristina rightly said…”, “Cristina is right…”, Fernández repeated several times in a brief speech.

If they have rehearsed a truce now, it is out of necessity. Next year there are presidential elections, and the only consensus is that divided they are on the way to certain defeat. The reunion between the president and his vice president will not be easy. When the event was over, Cristina approached Alberto and handed him back the pen that she had asked twice to take notes.

PHOTO GALLERY | The ravages of torrential rains in Brazil

USA: Biden will put a record volume of oil reserves on the market to reduce prices | International
March 31, 2022

Vera Jourova: “Let’s give Ukraine the possibility of being a candidate to enter the EU as soon as possible” | International
June 13, 2022

Vera Jourova: “Let’s give Ukraine the possibility of being a candidate to enter the EU as soon as possible” | International

What the hell is wrong with the UK? | International