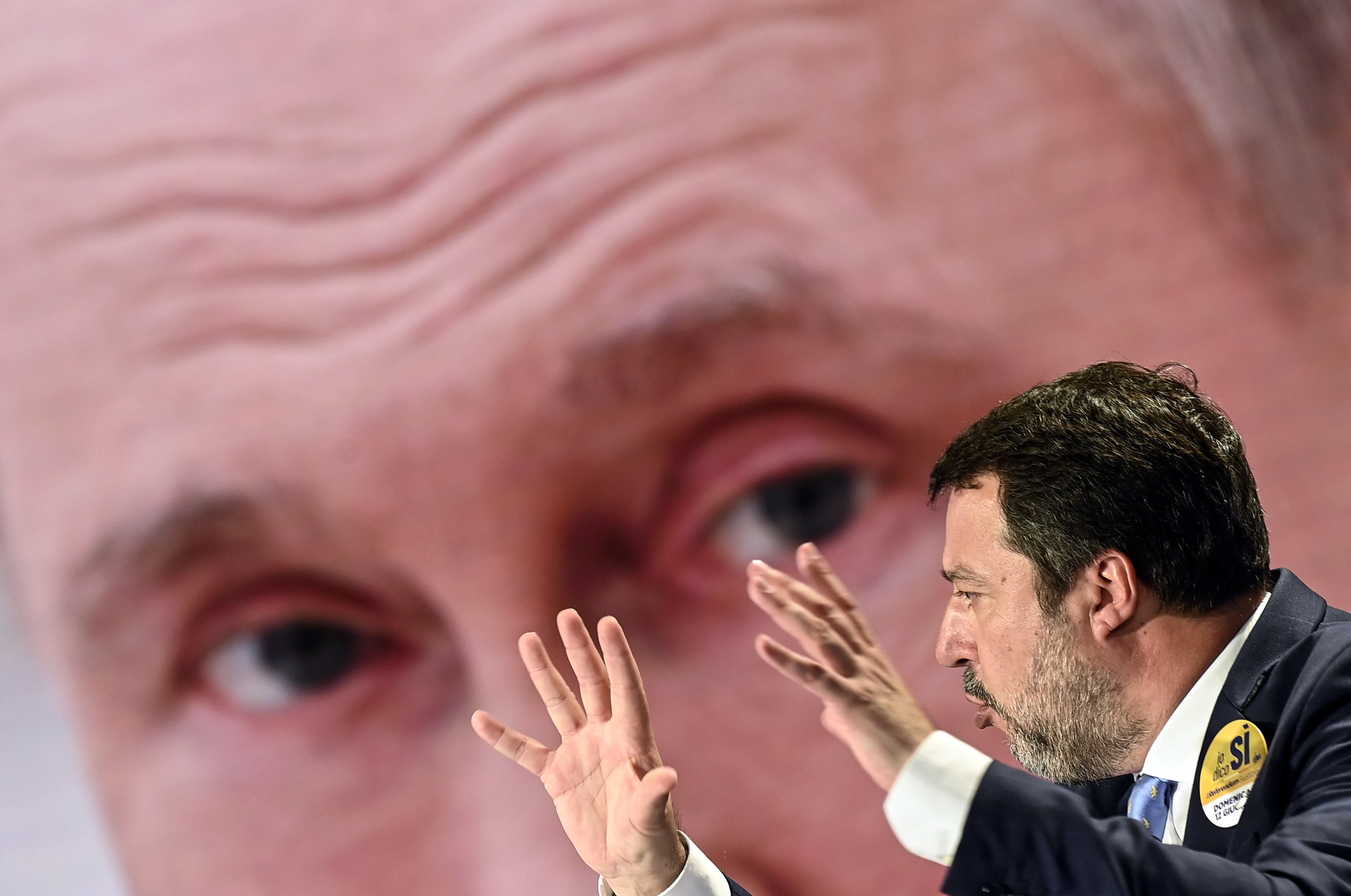 The resistance to the political embarrassment of Matteo Salvini, leader of La Liga, is increasing at the same speed that his party is cracking. With each new occurrence, the Lombard politician leaves one more piece of the unity of his formation, which came to lead all the polls in Italy and obtain 34% of the votes in the 2019 European elections. The last crisis has opened on account of a plan to travel to Russia, which he had already designed and supposedly agreed with representatives of the Russian Executive. The idea of ​​him, as the newspaper advanced The stamp, was to present a peace plan and mediate – it is not known with what authority – to reach agreements. The problem is that he did not inform the Government of Italy, where his party has two ministers. But neither is part of his party, whose men in the north no longer hide their discomfort and lack of confidence in the leader. And, in the end, he had to abort the trip.

Salvini had designed a plan with a sort of lobbyist named Antonio Capuano, lawyer and former parliamentarian of Forza Italia. The guy convinced the leader of La Liga to travel to Russia last Sunday morning – with a stop in Turkey – and expose the project to the Russian authorities, who had to accept it and start a peace process. According to Capuano’s own insinuations in several interviews, he would have been involved until Pope Francis. A political delirium converted, moreover, into a fabulous shot in Salvini’s foot. “We had drawn up a plan, discussed diplomatically, which provided for a method. And it would have been an occasion to expose it to the highest levels of the Russian government,” Capuano said.

The surprise in the Executive chaired by Mario Draghi was huge. But also in his party and in peripheral sectors of La Liga, such as the Italian Episcopal Conference (CEI) itself. Its new president, Cardinal Matteo Zuppi, a man very close to the Pope, criticized the strategy in his first statements as head of the Italian bishops and asked that such actions be coordinated. A relevant opinion, since Salvini allegedly intended to involve the Vatican and Francis in his international adventure. Something even more surprising if he attends to the criticism that he has uttered for years towards the Pope, even campaigning at his rallies for exponents of the Catholic Church who are clearly critical of the pontiff. “He is getting more and more alone. He makes the decisions with strange consultants without entrusting himself to the party, ”point out sources from the right-wing coalition.

The whole story was also confirmed by the Italian secret services, which monitored Salvini’s entries into the Russian Embassy in the preceding days (presumably to obtain the necessary visa to enter Russia). In fact, the parliamentary commission that is in charge of the country’s intelligence affairs has already requested that Capuano’s activity be investigated in this whole matter.

The war in Ukraine has plunged Salvini into a drift of aimless occurrences that also took him to Poland last March to display his unexpected pacifism (his party was the promoter of the law that allowed intruders to be shot inside private homes). In Przemysl, right on the border with Ukraine, he launched messages in favor of welcoming refugees from the war ―when he is still facing trials for kidnapping people by opposing letting in the NGO boats that rescued migrants in the Mediterranean― and he met a mayor who reminded him of the T-shirt in favor of [Vladímir] Putin who wore for years. The media and political embarrassment was remarkable. But the La Liga leader, in freefall in the polls and overshadowed by his coalition partner Giorgia Meloni (Italy Brothers), continued to struggle to make headlines. Even if the price was to further break the unity of his party.

The League, saving the obvious distances, is a game of character leninist. The leader is not discussed and the internal organs of the formation hardly have the power to raise a revolt. But, in addition, there is no clear relief to the figure of Salvini, who is leading the formation against the rocks of the surveys to which he was addicted for so long. The party barons in the north watch the situation in astonishment. But neither they nor the three ministers that the party has in the unity government are capable of offering a powerful alternative.

Salvini’s strategy greatly favors the Brothers of Italy. A party that, despite coming from the embers of post-fascism and having been for years a redoubt of nostalgic far-rightists, is acquiring the aura of being the only formation on the right capable of governing without fanfare.

The keys to the historic agreement of the French left: minimum salary of 1,400 euros and retirement at 60 | International

Francesco Rocca: “Crises are not resolved by sending food to cleanse our conscience” | International

Texas shooting: Reconstruction of a massacre: the morning of fury that broke Uvalde | International

Iran and the skin of the bear | International

Sergio Massa, the Peronist who knew how to wait

War in Ukraine: The unanswered motive of the corpse number 13 of the Zaporizhia massacre | International
October 1, 2022

War in Ukraine: The unanswered motive of the corpse number 13 of the Zaporizhia massacre | International

Alberto Fernández will pay $25,000 for violating the quarantine with a birthday party at the official residence
May 24, 2022