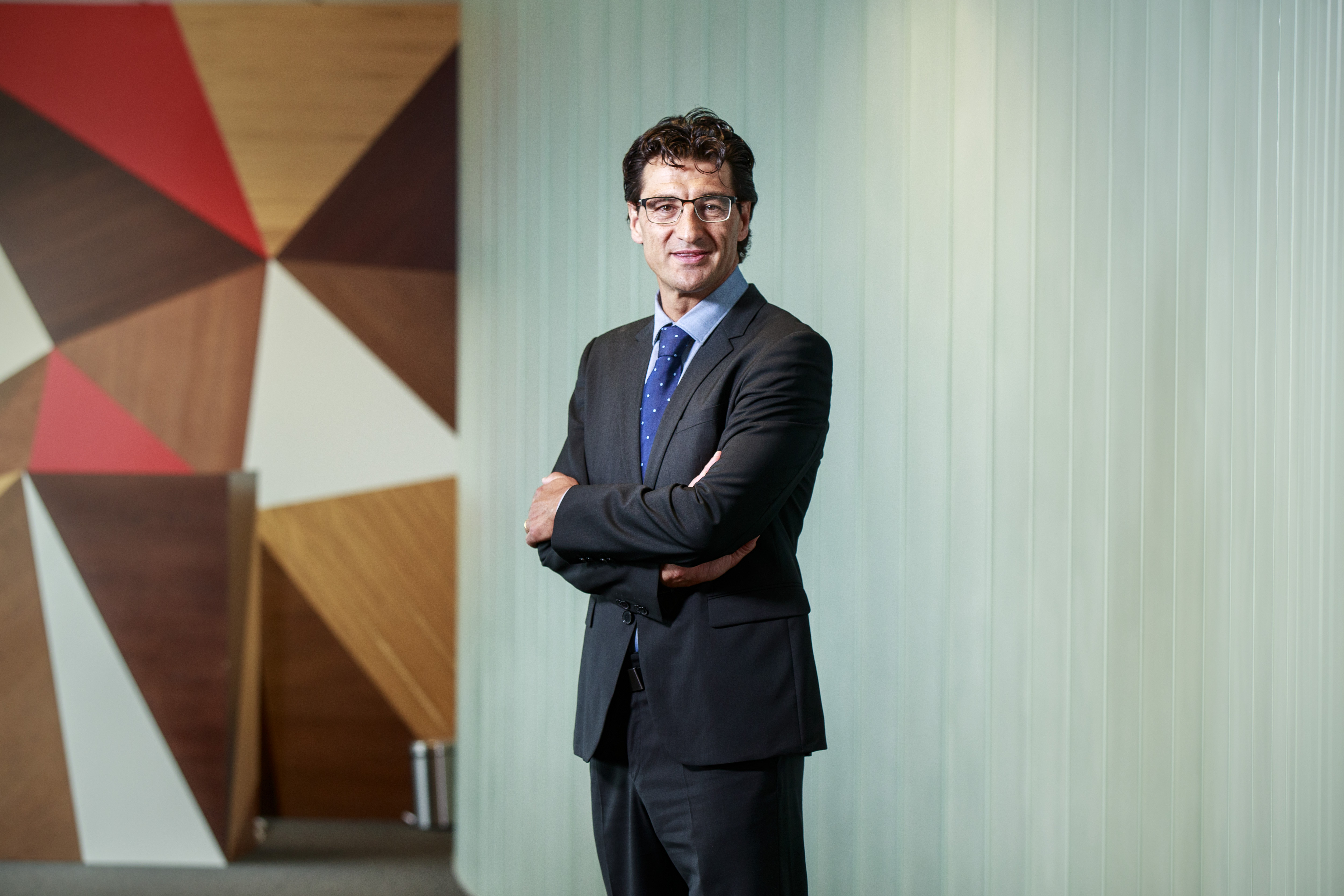 To break the mold in business law, you have to take risks. When ECIJA broke into the sector in 1997 as a boutique specialized in audiovisual law and intellectual property, setting up a line dedicated to cybersecurity was not common. Twenty-five years later, no company can survive without shielding its servers, systems, and communications. Hugo Écija, its founder and executive president, could not imagine then that the small firm would become a multidisciplinary giant with a presence in 16 countries. Of course, he admits, “he had the vision of being number one in technology.”

ECIJA’s silver anniversary comes at a time of growth and change. Hugo describes with satisfaction the jump made in the last five years as “amazing”: from 5 to 31 offices around the world. A growth spurt that they have articulated through the integration of firms and that has raised it to sixth place in the classification of turnover of Spanish law firms. But, beyond the figures, the goal has always been to lead in the digital economy. “We are already number one in Spain and we want to be a world reference”.

The commitment to internationalization —it is the Spanish law firm with the greatest presence in Latin America, where last year it invoiced nearly 25.5 million euros, almost a third of the 70.9 million euros it invoiced in total— continues to be the asset , but now with a twist in its corporate structure. “We are the first Spanish firm that is a verein; I think it is the future”, announces Hugo. It is a decentralized government formula, constituted under Swiss law, in which the members have their own legal personality and economic and financial freedom. ECIJA has thus emulated large organizations such as Baker McKenzie, Hogan Lovells, Amnesty International or FIFA, to continue growing “respecting the identity and independence of each local firm; we allow there to be Brazilian partners in Brazil and Argentine partners in Argentina”. Precisely, the integration of Elzen Abogados in February 2021 gave them access to operate in the country of the Río de la Plata.

“What unites the firm, what makes it glue, are the values ​​we have, which are all in our DNA, which are innovation, technology and sustainability,” says Hugo. The office still has a long way to go in terms of equality. Although they are more than half of the 929 professionals that make up Écija, there are only 48 members compared to 127 members. Having a 30% female presence in executive positions is a figure that is above the industry average, but it is not a consolation. “One of the challenges is to achieve a 50/50 presence, which is what the office should have, at least,” acknowledges Hugo. This desire collides with an unequal reality, so, despite not having a global policy in this regard, he states: “We in Madrid do try to demand 50% of new appointments.” The point is to ensure that the career plan allows women to have the same chances of directing as men. “We don’t want to do it aesthetically but from below,” he stresses.

The ECIJA team is made up of people who “like technology and entrepreneurship”. “When I set up the firm at the age of 25, I wanted a firm without ties, flexible, in which people can grow and there are no minimum requirements to be a partner”. The plan is to forge a ring on the finger for the lawyer, without billing requirements or hours of dedication. “We are a meritocratic firm. That means that you can be a managing partner at the age of 30, like Alejandro Touriño, or a partner of counsel at the age of 70, like our senior José Antonio Suárez”.

ECIJA’s trick is to be at the forefront. “The legal profession is like any other sector, it is a professional service and you have to think about what the client wants.” These, Hugo assures, “want fast, decisive, modern and innovative lawyers.” Always following market trends, “that is why we are a bit like the Google of offices”.

Despite the complexity of the current moment, crossed by a global pandemic that seems to be giving its last blows and immersed in a war in Europe that is causing an inflationary wave that is difficult to predict, the president of ECIJA is optimistic. “I think we are going to close the year quite well and with double-digit growth.” On the one hand, he bets on the investor appetite: “I think that in Spain there will be foreign investment in transactions, private equity, real estate, green energy…”. The other engine will be, “everything that has to do with the digitization of companies: that’s where the metaverse, the blockchain, cryptocurrencies, cybersecurity…”.

ECIJA already has a meeting room in metaverse. “Yesterday we had forty people with glasses giving a class,” says Hugo. And there is business. “We are advising listed entities to hold shareholders’ meetings in this environment.” Now, he does not dare to answer the million dollar question of whether it is going to be one more bubble: “it is the great unknown that we all have. I can’t tell you what will happen in the future, but I think that, as a firm, we are betting on it”.

And it is that, for it to be benevolent, the future must be pursued with enthusiasm. “When I was studying my degree I knew who Gómez-Acebo, Garrigues, Cuatrecasas and Uría were, and today ECIJA is there”. The soul of his sportsman (he comes from doing an ironman in Marbella and as a young man he coincided in El Estudiantes with Pedro Sánchez) and his passion for the law continue to drive him in the jump. “Everything you learn in sport has application in law: in the end if you work hard, if you are constant, if you make an effort, things work out”.

Tensions between the USA and Saudi Arabia: Do not threaten

SEO: How to get a good position in Google | be where you are

US calls for ‘strong action’ against North Korea

By admin
Recent Posts
Latest News
Facebook Twitter WhatsApp Telegram
Back to top button
Close
Featured Posts
The son of the dictator Marcos and the daughter of Duterte win the elections in the Philippines | International
May 9, 2022

Patricia Bullrich: Alberto Fernández demands 800,000 dollars from an opposition leader for “damages against honor”
May 17, 2022

The barter that the right offers to the Greens in Germany: nuclear extension in exchange for speed limits on motorways | International
July 26, 2022

The barter that the right offers to the Greens in Germany: nuclear extension in exchange for speed limits on motorways | International

Chile begins the search for 1,162 disappeared from the Pinochet dictatorship
June 13, 2022

Chile begins the search for 1,162 disappeared from the Pinochet dictatorship

Video analysis | “Daniel Ortega remains in power under repression and without the possibility of a change in Nicaragua” | International
March 28, 2022

The Government of Sri Lanka imposes a state of emergency on the island after the flight of the president | International
July 13, 2022

Ukraine investigates the appearance of more than 400 graves in the liberated city of Izium | International
September 16, 2022

Argentina censuses its Afro-descendant community for the first time
May 18, 2022

Argentina censuses its Afro-descendant community for the first time

War in Ukraine: The spiritual trench of kyiv | International
April 2, 2022

War in Ukraine: The spiritual trench of kyiv | International