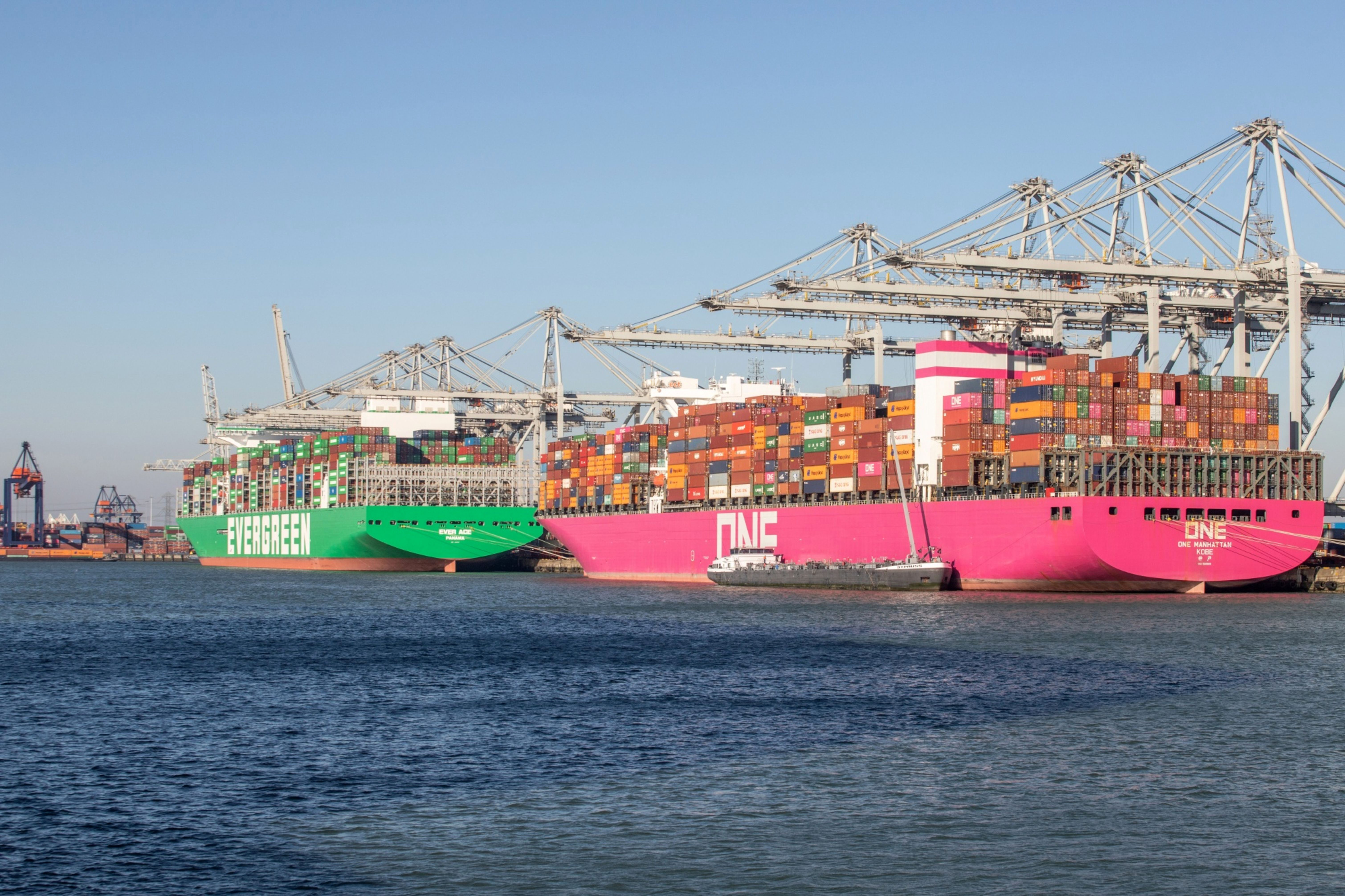 Spread over 42 kilometers, and with a record 469 million tons of incoming and outgoing cargo in 2021, the port of Rotterdam is a kind of ecosystem. It is the largest in Europe, and companies and shipping companies coexist with land transport services in the same space; operators of loading and unloading terminals with pilots of all types of port ships, or the customs service and the police. Its activity creates 565,000 direct and indirect jobs, and the 63,000 million euros of added value it generates represent 8.2% of the GDP of the Netherlands.

Together with these striking figures, the port is preparing to face the next wave of international sanctions caused by the war in Ukraine. And it is that the warlike impact is the most recent challenge that the port has to assume and adds to two other international events that have hindered the transport of goods on a global scale. The first of these is the brake on the arrival of containers from China due to the restrictions caused by covid-19, which blocks the ports of Hong Kong and Shanghai. On the other hand, there are the effects of the plug on the transit of ships through the Suez Canal after the container ship Ever Given ran aground last year. To these challenges, which arrive and overlap, we must add Brexit, since 40 of the 54 million tons of cargo moved between the two countries pass through the Rotterdam docks.

At the moment, the impact of the invasion of Ukraine is being bearable for the docks of the Dutch city, at least in terms of maritime traffic. From Russia arrive 62 million tons of cargo a year. “90% of them are related to energy, whether crude oil and oil derivatives, coal or gas. At the moment, it is not subject to sanctions, although it is expected that they will affect coal on August 31, ”according to Boudewijn Siemons, director of operations of the Port Authority. The remaining 10% -6.2 million tons- are mostly freight containers “and these do fall within the sanctions, for goods or for ships.”

With the first wave of sanctions, the containers had to be set aside for inspection, and since the second round of restrictions arrived before they left, it was necessary to review them again. “We had to coordinate throughout the logistics chain in a sector that is already experiencing congestion, but we abide by the sanctions, of course,” adds Siemons on board the ship ready for a press visit to the port facilities. In his opinion, they have managed to get ahead “as a community that shares information in real time”. Russia exports steel, copper, aluminum and nickel through Rotterdam.

The uncertainty generated by the situation in Ukraine leads Allard Castelein, president of the Port Authority, to be cautious as well as realistic. From the regular trade with Russia carried out in 2021, the volume of containers to and from Russia has been interrupted, and Castelein in turn calculates a “significant reduction in the supply of Russian oil” given that the European Union has proposed its prohibition. And also because the G-7 of the most industrialized countries has promised to prohibit or gradually eliminate these imports. “If you think that most of the things that are used, bought and sold have previously passed through a port, Rotterdam among them, we must be able to avoid, as I think we have done until now, that there is a shortage in supplies”, He says. He refers, in particular, to liquefied natural gas (LNG), whose transport is different from that of crude oil. “While there is enough supply and oil tankers for the second to take it around the world, the import of LNG is different because the storage and processing capacity is more restricted. We have a plant in Rotterdam and we are expanding its capacity, although it can take up to three years to start up a new tank,” he says.

Matthijs van Doorn, commercial vice president of the port, uses a photo of several dozen freighters full of containers waiting at sea for the order to dock to illustrate what they expect in the near future. Despite this image, a prelude to a barrage of boats like the one recorded when it was possible to refloat the Ever Given, expects that the plug in Chinese ports (due to the pandemic) will be gradually undone. “The same thing is happening with the reopening of companies, and although we do not expect a large fleet of ships when everything begins to clear up, we are closely monitoring this logistical aspect.” In the long term, Rotterdam will need to expand its capacity, even if it takes time, “and operations need to be optimised, from the port infrastructure itself to the exchange of information,” says Van Doorn.

The port containers, the most recognizable part of the supply chain, have their maximum expression in Maasvlakte 2. It is the expansion of the Dutch port in an area of ​​2,000 hectares reclaimed from the sea, and which is 20 meters deep. There, at the Rotterdam World Gateway (RWG) container terminal, which is presented as the most automated and sustainable in the world, the unloading of ships is a real spectacle. With no other visible personnel than the truck drivers waiting in a security checkpoint next to their vehicles, the operators extract the containers from the ship by remote control and then guide them with the crane until they fit into the truck itself.

The operation is carried out from a control tower, and the trailers on which they are deposited circulate around the premises without a driver. It looks almost like a gymnastic exercise, and the facilities have a capacity of 2.35 million TEUs. For the driver, the operation from entering empty and leaving full should not exceed half an hour on average. It is the acronym of the term in English that indicates a unit equivalent to twenty feet —6.1 meters for each foot— of these metal boxes of standardized size. The port is not a warehouse, but covid-19 left many containers empty when the pandemic prevented their return by closing Chinese ports. The war in Ukraine is now slowing down due to inspections resulting from sanctions.

The Minister Institution made investigations in Düzce, where the earthquake took place.

The 2024 presidential elections in the US begin on Tuesday | International

The New York prosecutor summons Donald Trump and two of his children to testify on July 15 | International
June 9, 2022

“Venezuela got it fixed”: the mirage that haunts the national conscience | International
May 10, 2022

“Venezuela got it fixed”: the mirage that haunts the national conscience | International