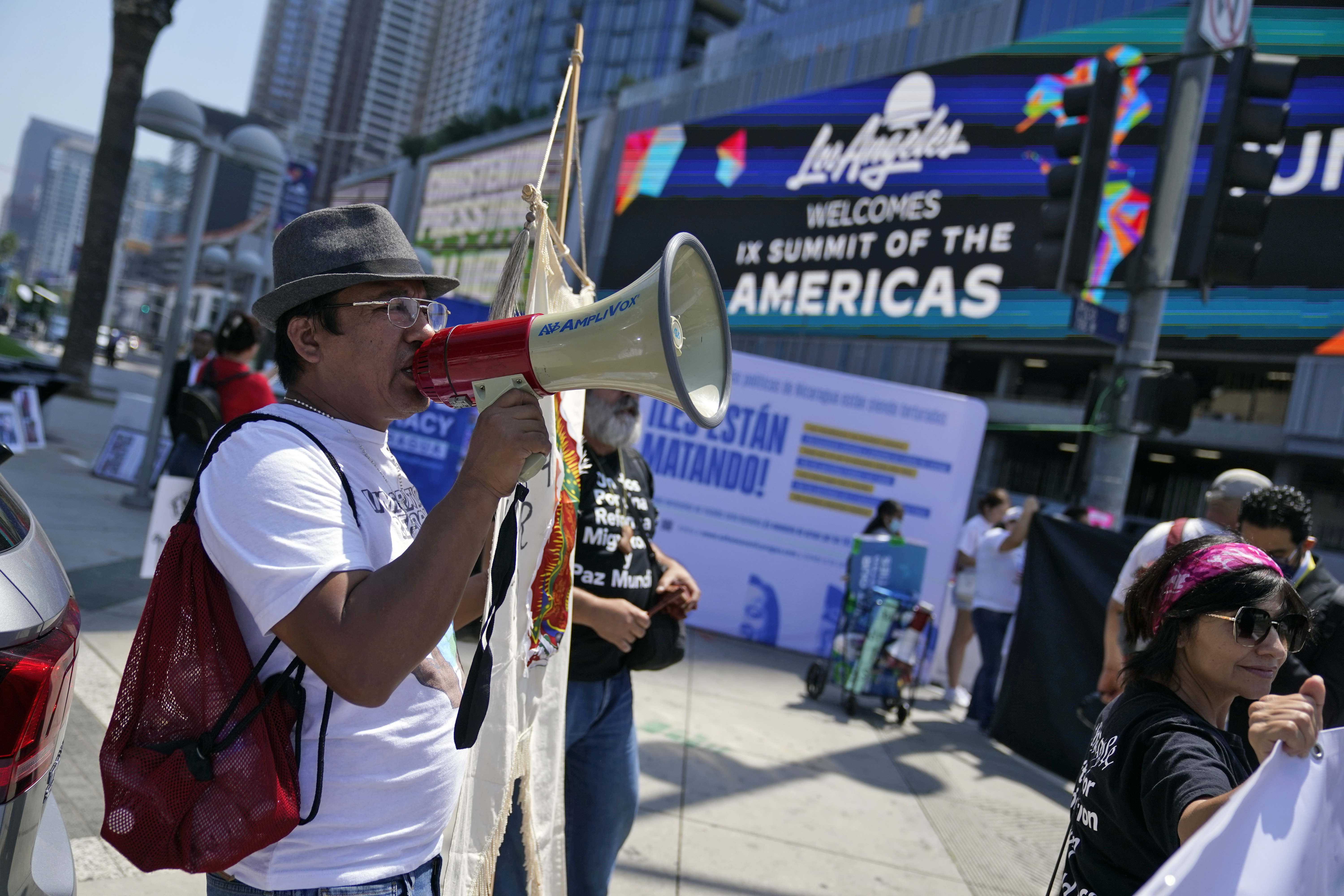 “Diseases do not respect borders, so we have to fight them together.” Under this premise formulated yesterday in Los Angeles by the Secretary of State, Antony Blinken, the United States is preparing to launch a health action plan for the entire region, taking advantage of the Summit of the Americas. This plan will have as one of its most outstanding points the creation of what has been baptized as the Health Force of the Americas, with the purpose of training 500,000 health workers in Latin America and the Caribbean in the next five years, according to this report. Tuesday a senior US Administration official.

The pandemic has left a bill of more than 2.7 million lives in the Western Hemisphere, which with only 8% of the population has concentrated more than 40% of those reported worldwide. With this reality very present, the president of the United States, Joe Biden, wanted to launch an action plan at the Summit. The idea is that American leaders adopt a comprehensive approach to address systemic health problems, as explained by a senior administration official.

The plan is still not very concrete. Its objective is to strengthen health systems and coordination between them, preparing them for future health emergencies and improving coordination, transparency and accountability, involving governments, the private sector and civil society. For now, the so-called Dialogue on Economy and Health in the Americas has been opened and the idea is that the plan is completed before the next Summit and to be fully implemented by 2030.

The idea is to strengthen public health systems, study how to make access to health care more equitable and improve prevention, preparedness and response to pandemics, while increasing economic resilience in the region.

One of the most specific points, as explained on Monday by a senior official in the Biden government, is to continue and expand investments in health personnel, which is considered essential to strengthen the resistance of health systems. The Biden Administration and the Pan American Health Organization (PAHO) launch the Health Force of the Americas, which will provide basic and specialized training to 500,000 professionals in public health, health sciences and medicine throughout the region in a term of five years. In part, it will be about improving the training of existing personnel and, in part, about training new professionals in the sector.

The Americas Health Force will function as a consortium and partner with academic institutions in the United States and throughout the Americas region to build on and expand existing USG and PAHO training programs. “It will serve as an opportunity to work together in promoting the next generation of global health workforce leaders by identifying, mentoring and empowering community health professionals and workers, which will strengthen and expand the capacity of the health system and equitable access to health systems in the region”, explained the same source.

the fight against covid

In the short term, efforts will be focused on the fight against covid. Blinken on Tuesday underscored the “devastating impact” of the pandemic across America. “No part of the world has been more affected than ours,” he said. The Secretary of State, who lavished himself this Tuesday in various events in Los Angeles, recalled that the United States has donated almost 70 million doses of vaccines in the region and many more around the world, but the challenge now is not to get vaccines, but to get them to prick themselves in the arms. Blinken explained that efforts will be put into distribution, in the cold chain, in the last mile and in combating misinformation to avoid rejection of vaccines. Another priority will be to identify new variants.

Beyond the fight against covid, Washington is also launching other initiatives to strengthen health in the region. Thus, as a senior government official explained on Tuesday, it has decided to expand the number of experts from the Centers for Disease Control and Prevention (CDC) who are on the ground at the CDC’s Regional Office for South America. through a new Regional Office for Central America and the Caribbean in Panama. It has also decided to expand global health security programs and staffing to seven countries in South America, Central America and the Caribbean. And it plans to diversify healthcare supply chains through bilateral and regional engagements and support regulatory capacity for faster, more agile response to future biological threats.

“Our ability to share experiences, exchange ideas and work together to strengthen our ability to deliver basic healthcare to all of our citizens is one of the most important things we need to do. And just like with anything else in our shared hemisphere, we know we’re going to be more effective and stronger if we do it together,” Blinken said Tuesday.

The ghosts of the past visit Salvini | International

Olaf Scholz, the unexpected chancellor of the war, goes through his darkest hours | International
June 5, 2022

Olaf Scholz, the unexpected chancellor of the war, goes through his darkest hours | International

Peru: A Peruvian prosecutor investigates President Pedro Castillo for plagiarism in his master’s thesis | International
May 6, 2022

Mario Draghi, the man who wanted to tame the beast | International
July 21, 2022

Mario Draghi, the man who wanted to tame the beast | International

Layoffs and suspicions: the selection process of the companies that will exploit lithium in Bolivia | International
June 8, 2022

Layoffs and suspicions: the selection process of the companies that will exploit lithium in Bolivia | International

Biden against Trump, second round | International

Pedro Castillo faces an investigation for corruption before the end of his first year in government | International
June 17, 2022

Lula’s evangelicals, a minority against the Bolsonarist offensive in the churches | International
October 28, 2022

Lula’s evangelicals, a minority against the Bolsonarist offensive in the churches | International