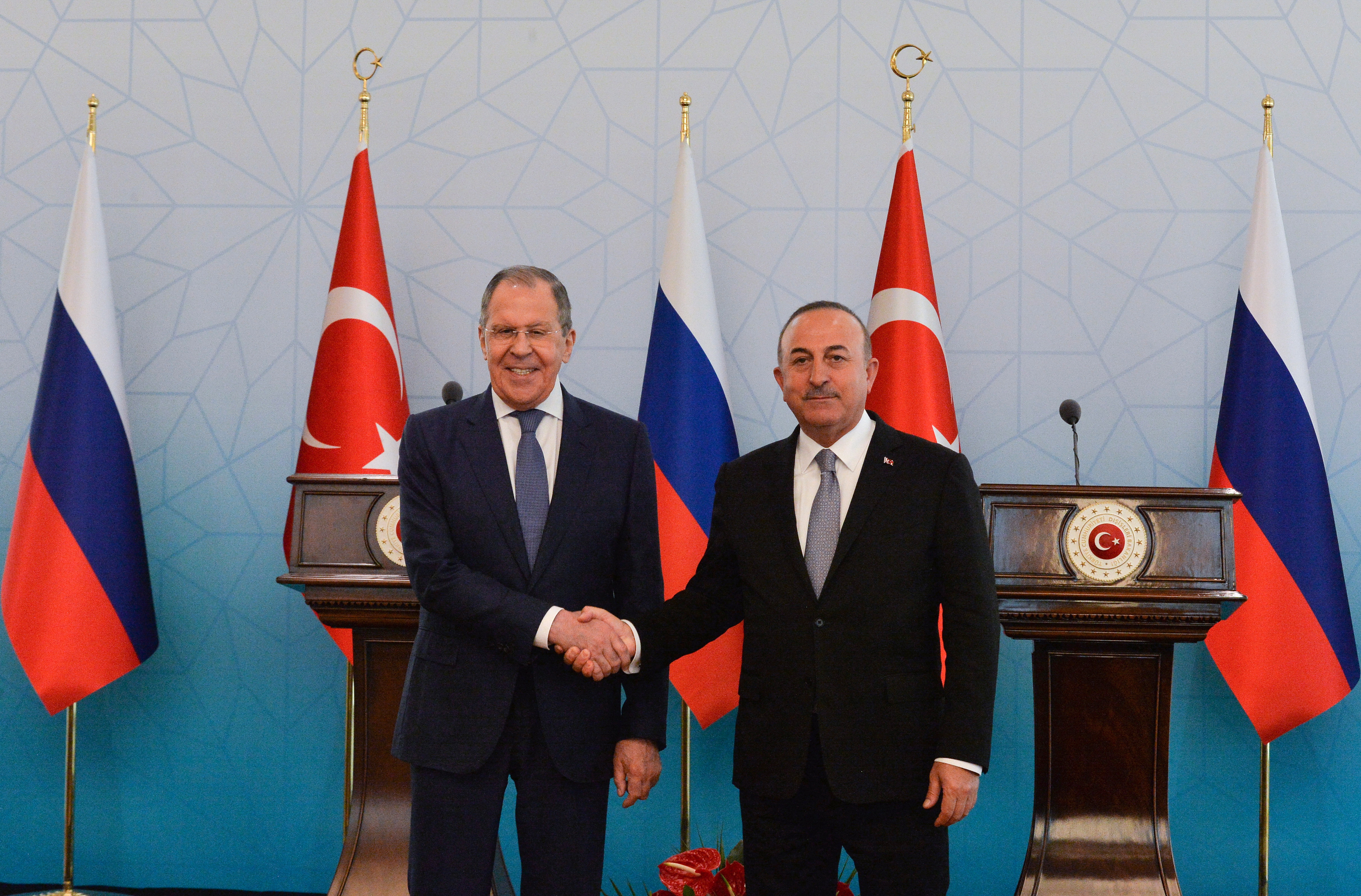 Moscow is willing to allow a naval corridor from Ukrainian territory to remove the cereal blocked by the Russian invasion and “it will not put up obstacles”, assured the Russian Foreign Minister, Sergei Lavrov, at the end of a meeting with his Turkish counterpart in Ankara, in which the situation in Ukraine was discussed, above all. “The ball is now in Ukraine’s court,” said the head of Russian diplomacy in reference to the need to demine the ports that are going to be used, a need that, however, arouses suspicion in kyiv, as they fear that Moscow use the occasion to attack southern Ukraine.

The Government of kyiv assures that 25 million tons of cereal are stranded in the Ukrainian silos and ports, subjected to the naval blockade of the Russian Federation. Before the war, 95% of Ukraine’s agricultural production destined for export left the country through the Black Sea, something that is now being compensated for by land transport, although it is not enough. This situation has set off alarms, since several countries -especially in North Africa, such as Tunisia, Libya or Egypt- are highly dependent on Ukrainian wheat and it is feared that if the war and blockade continue, they will suffer a food crisis.

“Russia has taken the necessary steps to open the corridors for grain transportation. And we are prepared to offer security to the Ukrainian ships, and to work on it together with our Turkish friends,” Lavrov said, although he then charged against the Ukrainian president, Volodymyr Zelensky, whom he accused of putting “obstacles” to the plan by conditioning it on shipping of weapons to defend the Ukrainian coasts and ports against the Russian Navy.

The plan, proposed by Turkey and under the umbrella of the UN, contemplates that the merchants go, under Turkish military escort, to the port or ports designated to load the Ukrainian cereal (the one that is most considered is Odessa, but Moscow has also proposed Mariupol and Berdyansk, currently under his control). The ships would be checked by Russian inspectors to verify that they are not carrying weapons to Ukraine, a demand from Moscow that Turkey believes will not be an impediment to reaching an agreement. Afterwards, the Turkish naval forces would again escort the freighters through the Black Sea and then out through the Turkish straits towards the importing countries.

“We consider this plan to be reasonable and plausible. Ukraine, Russia and Turkey have to accept it, we can host a meeting with the UN [para ello]”, Turkish Foreign Minister Mevlut Çavusoglu said. For the plan to be carried out, it is essential that the ports used be cleared of the mines that the Ukrainians had in order to prevent a Russian amphibious assault. “If demining is not achieved, the naval corridor cannot be established,” warned Çavusoglu.

The problem is not only logistical – a Ukrainian union representative estimated on Wednesday that demining the ports will take “no less than 2 or 3 months” – but also security: Ukraine does not trust Russia. In Ankara, Lavrov reiterated the guarantees given by Vladimir Putin a few days ago: “If those ports are cleared, we will not use our military force or abuse the situation.” But in kyiv they do not trust the words of the Kremlin, which also promised again and again that it would not invade Ukraine. Turkey is aware of this dilemma and Çavusoglu explained that it is trying to “articulate the plan” in its technical details to “address the concerns of both parties”.

Unlike on previous occasions, Lavrov did not make the lifting of Western sanctions against Russia a condition for the unblocking of Ukrainian grain, although his Turkish counterpart did bring up the issue: “In the same way that we see it as legitimate that some products [ucranios] be exported [a través del corredor naval]we also believe that it is legitimate to lift the sanctions against [Rusia] in some products. He explicitly referred to Russian fertilizers, the lack of which is beginning to be felt in some regions of Latin America.

Do not fear the future | Opinion

Draghi and Meloni seek a quick transition in Italy to comply with the EU | International
September 27, 2022

War in Ukraine: The Kremlin delivers a negotiation offer to kyiv in the midst of the Donbas offensive | International
April 20, 2022

War in Ukraine: The Kremlin delivers a negotiation offer to kyiv in the midst of the Donbas offensive | International

The second duel of Pedrógão Grande: no one is responsible for the 66 deaths from the 2017 fire | International
September 26, 2022

The second duel of Pedrógão Grande: no one is responsible for the 66 deaths from the 2017 fire | International

Biden turns to the unions to retain the workers’ vote in the legislative elections | International
September 5, 2022

Zelenski invokes the bombing of Gernika before the Spanish Congress and calls for harshness against Russia | Spain
April 5, 2022

Colombia Elections 2022: A key politician in the Santos era will be in charge of Petro’s strategy in the debates | International
April 6, 2022

Colombia Elections 2022: A key politician in the Santos era will be in charge of Petro’s strategy in the debates | International

Life under siege of Guatemala’s ‘elPeriódico’, in pictures
August 10, 2022

Life under siege of Guatemala’s ‘elPeriódico’, in pictures

Spain joins an offensive that demands a boost to the EU free trade agreements | International
June 22, 2022