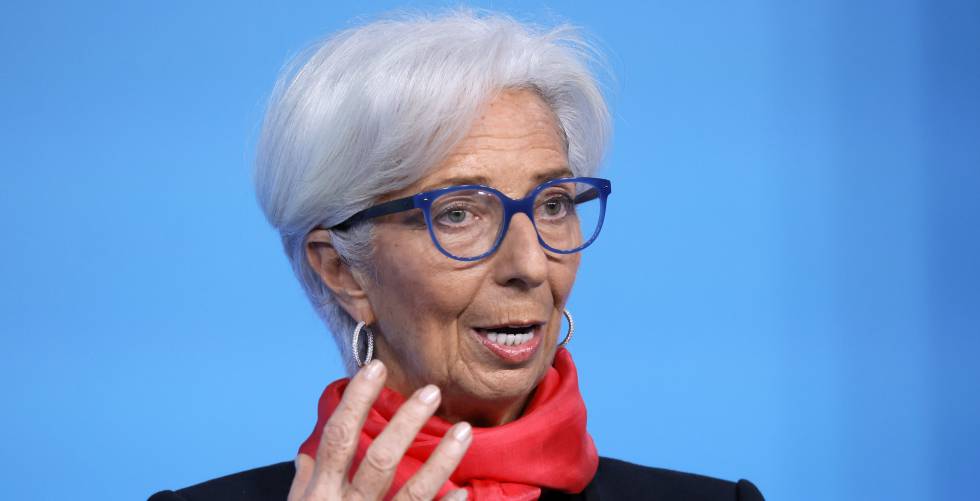 Mervyn King, former Governor of the Bank of England, once proclaimed the dream of every central banker: “My ambition is to be as boring as possible.” Christine Lagarde, president of the European Central Bank (ECB), is entrusted this Thursday with the mission of not being one. In her hands she has three balls that she cannot drop. One: the markets must be convinced that the institution he presides over will do everything in his power to stop inflation. Two: his decisions cannot suffocate growth already depleted by the war in Ukraine. And three: you must tie risk premiums short to avoid a catastrophe like the Great Recession. “The euro zone is not partying,” says Lorenzo Codogno, a professor at the London School of Economics.

Lagarde appears this Thursday after the meeting of the Governing Council of the ECB, which will be key to the monetary policy of the euro zone in the coming quarters. With new economic forecasts in hand, markets expect Lagarde to raise the tone. He spreads the perception that the Eurobank is late. Especially when some thirty financial institutions have carried out, together, more than 300 increases since last year. And the hawks They have been flying over Frankfurt since the April conclave so that the French press the lever as soon as possible to raise interest rates. “It’s frustrating that the ECB continues to drag its feet,” says Charles Wyplosz, a professor at the Graduate Institute in Geneva.

Faced with the impatience of some members, Lagarde did part of the work this Tuesday through her blog. In an unusual move, she outlined the path she was going to follow in the summer: an end to the purchase of debt and a rate hike of at least half a point until the end of September. The inflation figure for May, 8.1% – the highest since the creation of the euro – gave the last push for a roadmap for which a consensus has been created within the council. For now, that agreement points to a rise of 0.25% in July and an identical one in September. That would take the euro zone out of the stage of negative rates —the financial facility rate is at -0.5%— in which it has lived for eight years.

The governor of the Bank of Spain, Pablo Hernández de Cos, has publicly assented to this roadmap, asking that the process of raising rates be “gradual”, avoiding “abrupt movements”. But up to five members of the governing council begin to go further. The Austrian governor, Robert Holzmann, has asked for a rise already this Thursday. and up to five hawks they have upped the ante by claiming more heavy-handedness and a half-point increase in July. Among them the one from the Netherlands, Klaas Knot. Especially if the data to come until July is negative. And these are the perspectives of the ECB this Thursday, the inflation figure for July (above all, they will observe the core one) and the expectations of economic agents.

Analysts, in fact, are beginning to transfer this urgency to their analyses. “There is a 50% chance of a rate hike in July, given the pressure,” says Frederik Ducrozet, Global Head of Macroeconomics at Pictet WM and an ECB observer. “Central banks are late to inflation, as the Federal Reserve has admitted. Even its former president, Janet Yellen, said she was wrong. But to be honest, I don’t think central banks are to blame. No one could have predicted a new lockdown in China and very few predicted the structural changes in inflation”, she states via video conference. “The possibility of a 50 basis point hike, in reaction to the recent acceleration in inflation, is increasing,” explains Gilles Moëc, chief economist at Axa Investment Managers.

Some bankers consulted in recent weeks maintain that Lagarde will seek a volcker effect, referring to the chairman of the Federal Reserve who managed to end the runaway inflation of the 1970s. Above all, he gave her credibility. “The Fed lived on revenues for a long time,” says a former banker consulted. However, Lagarde cannot afford the price Paul Volcker paid: ending runaway inflation at the cost of a recession. Not surprisingly, the ECB still lives under the Trichet syndrome, the former president of the Eurobank who raised rates at the wrong time in 2008 and 2011. There are those who still tremble just imagining that consequence. There is consensus to raise rates, step by step. Not for big jumps. “There will be a debate”, they predict from Frankfurt.

A person was killed with a gun in Şişli! The woman next to him was kidnapped

Check Also
Close
The cap on Russian oil: one more blow to Moscow, but far from lethal | International
11 mins ago

Funeral of Elizabeth II: The four of them are sad | International
September 19, 2022

Funeral of Elizabeth II: The four of them are sad | International

France: Macron risks his five-year term in the legislative elections against a thriving Mélenchon | International
June 5, 2022

France: Macron risks his five-year term in the legislative elections against a thriving Mélenchon | International

kyiv and Moscow agree to evacuate more than 250 Ukrainian militiamen from Azovstal | International
May 17, 2022

The European Commission is inclined to accept the candidacy of Ukraine and Moldova to join the EU | International
June 13, 2022