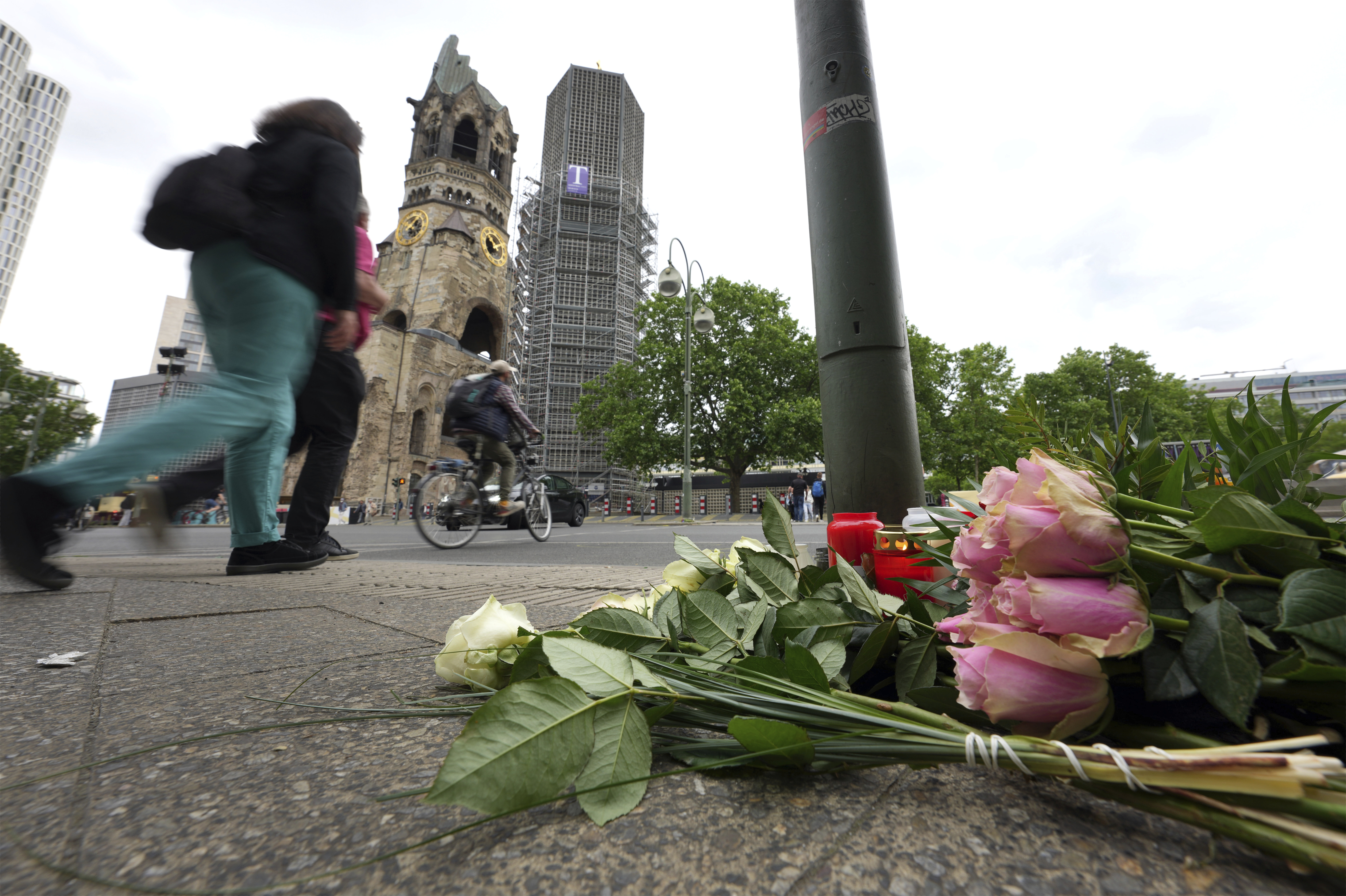 One day after the massive outrage in the heart of Berlin that left a fatality and thirty injured, the city authorities are confirming the signs they pointed to on Wednesday night. The regional head of the Interior, Iris Spranger, has assured that the driver, a 29-year-old German man of Armenian origin, suffers from “psychiatric disorders” and that he acted deliberately. Excluding the accident, the police still do not want to rule out that in addition to his mental problems, the man acted motivated by some political motivation, although that possibility is losing weight.

The investigation remains open and authorities are not expected to be able to provide a full account of what happened anytime soon. The man was arrested after running over a group of students and their teachers on the Kurfürstendamm shopping street and taken to a hospital where he gave incoherent explanations during interrogations. Berlin Mayor Franziska Giffey confirmed on local RBB television that investigators are trying to clarify the attacker’s “confusing statements” with the help of an interpreter.

Wednesday was “a dark day in the history of Berlin,” Giffey said, moving with emotion as she spoke of the victims. A 51-year-old teacher who was visiting the capital with a group of 15- and 16-year-old students died on the spot and there are six critically injured, three seriously and a dozen more minor. Among the injured are 14 schoolchildren from Bad Arolsen, a town in Hesse, in the west of the country, who were on an end-of-year excursion. The other teacher accompanying the teenagers was also injured, as well as a pregnant woman who was walking on the sidewalk.

The sirens of the ambulances and the noise of the helicopters on Wednesday morning in one of the busiest commercial areas of the German capital brought to the surface the worst memories of the biggest jihadist attack that Berlin has suffered, another massive outrage in a crowded Christmas market which left 12 fatalities in 2016. Just a few dozen meters separate the scenes of both attacks, on opposite sides of Breitscheidt Square, next to the Kaiser Wilhelm Memorial Church.

The detained man, identified by the media as Gor H., drove a metallic gray Renault Clio at high speed, climbed onto the sidewalk at the corner of Ranken and Tauentzien streets and ran over several people. Instead of stopping, he went back down the road, advanced another 200 meters and ended up crashing into the window of a perfume shop. The attack occurred a few minutes before 10:30 in the morning. After leaving the vehicle, several passers-by held him until the emergency services arrived. In several videos recorded with mobile phones, he is seen disoriented and repeating: “Please help.”

Gor H. was an old acquaintance of the capital’s police, who had investigated him for various crimes, from robbery to breaking and entering and assault. None for political reasons or extremism. He has lived in Germany since 2008 and had obtained German citizenship in 2015. The officers found several posters and documents about Turkey in the car, which belongs to his older sister. According to Der Spiegel, are related to the genocide of the Armenian people by Turkey at the beginning of the 20th century and for now there is no indication that they had anything to do with the attack. They could belong to his sister, the owner of the car. Police searched the house where she lives on Wednesday night and found drugs related to her illness. Agents are also looking at her cell phone and a laptop.

The Berlin Public Prosecutor’s Office has ordered the man’s admission to a psychiatric hospital, who, according to a spokesman, suffers from paranoid schizophrenia. The public ministry rules out the accident and assures that he “deliberately drove a vehicle” against a crowd, for which he is accused of one homicide and 31 attempted homicides in addition to other crimes such as reckless driving. The investigating judge is expected to make a decision on his arrest and admission to a hospital shortly. Neighbors of the man have assured the newspaper bild that no one believed him capable of committing such an act. “He has serious problems,” her sister told one of her reporters.

The place of the outrage has dawned with yellow marks on the sidewalk that testify to the tragedy that occurred the day before. The car with which Gor H. hit the group of passers-by has already been removed from the shop window in which it was embedded after the attack. Several people have come to the square to place flowers and candles in memory of the victims. German Chancellor Olaf Scholz said the attack had “deeply affected” him. in a tweet posted late Wednesday night. “The school excursion of a Hessian school ends in a nightmare. We think of the families of the dead and injured, including many children. I wish everyone a speedy recovery,” he added.

Ecuador responds to the bloodiest year against women with a minimal budget | International
September 12, 2022

The provisional census of Argentina records that there are almost three million more women than men
May 21, 2022

Mahsa Amini: The repression of protests over the death of a young woman detained for wearing the veil wrong in Iran causes five deaths | International
September 20, 2022

Mahsa Amini: The repression of protests over the death of a young woman detained for wearing the veil wrong in Iran causes five deaths | International