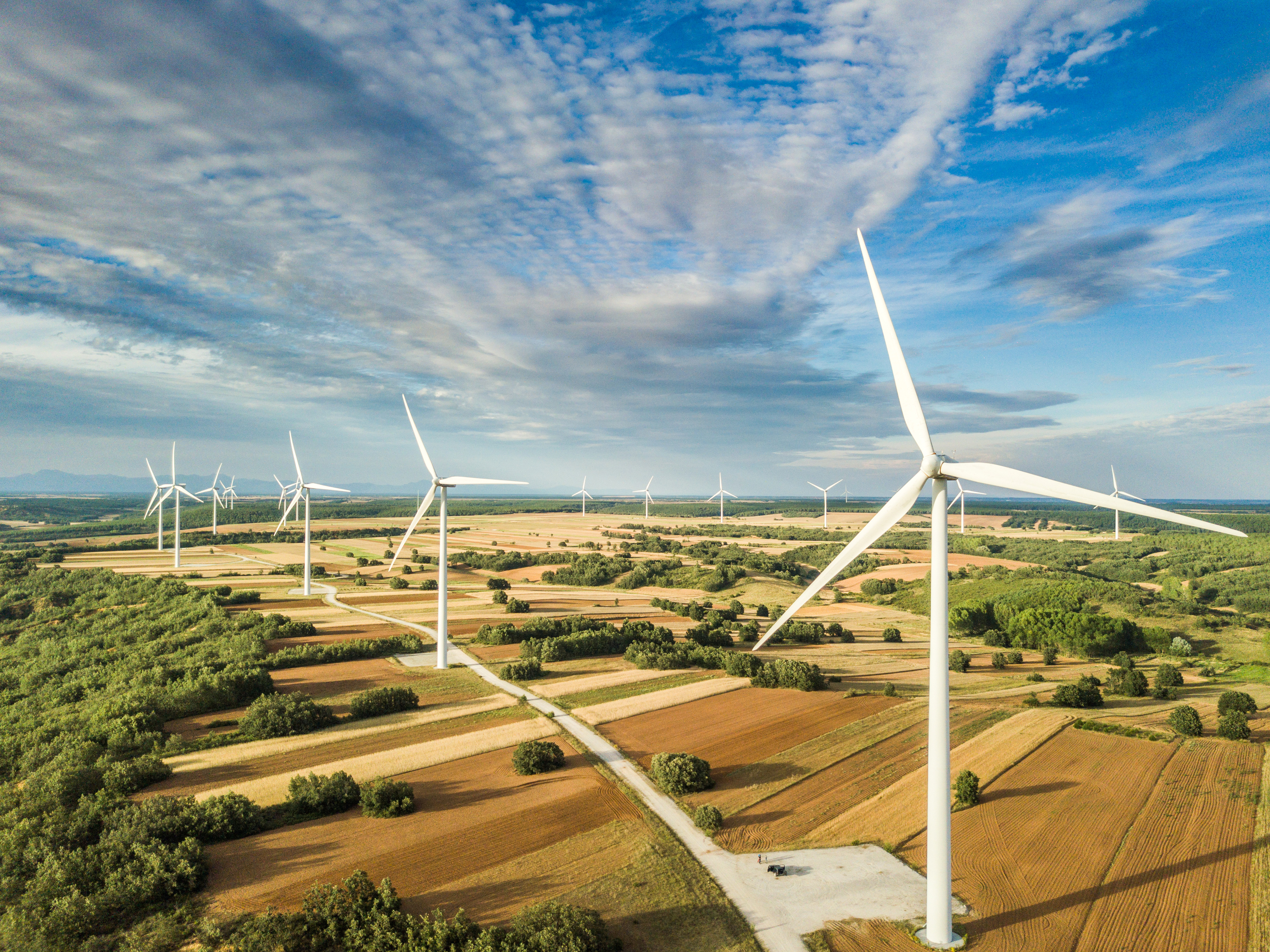 Russian armor has broken the international order and has crushed priorities and certainties. In the energy sector, security of supply and the search for new sources have prevailed over environmental and sustainability considerations. Putin’s tanks have pushed the “green stamp” into no man’s land; still no man’s land unthinkable just a few months ago, when companies, funds and governments participated in a race towards an energy transition focused on renewables and the end of hydrocarbons.

Everything has changed. With the war at the door of the EU, the big funds announce more flexibility and less demands; companies return to produce electricity by burning hydrocarbons and Brussels has assumed as green gas and nuclear. The European Commission has modified its policy regarding gas, an energy source for which it is now considering not only maintaining combined cycle plants and gas pipelines, but also new investments.

The specialized investment publications detail, for their part, how the sustainable seal has lost weight in capital portfolios. Europe’s ESG funds, which invest according to environmental, social and corporate governance parameters, are not being a good haven for investors this year. In April, its losses exceeded the average of traditional world indices.

The largest investment fund manager, BlackRock, which manages assets equivalent to almost 10 times the GDP of Spain, has given a blast in analysis and statements to the media. The entity, which shook the markets two years ago by announcing that it was going to reorient all its products towards more sustainable investments, has adjusted course. BlackRock has warned that it will not support most shareholder resolutions on climate change this year. And he won’t because in his opinion they have become too extreme. In 2021, the US firm supported 47% of the environmental and social proposals of the companies in which it has a stake. This year, the manager, with significant holdings in Spanish companies such as Repsol (5.1%), Iberdrola (5.16%) or Ferrovial (3.23%), will lower the bar.

As in war, the greats of investment differentiate between strategy —the general plan— and tactics, the concrete actions to achieve the objectives. It’s time to adjust. Yo Takatsuki, head of governance at JP Morgan Asset Management, applauds companies for “setting ambitious long-term net-zero targets.” However, he points out, “this intentionality by itself is not enough. Through our climate change engagement framework, we ask the companies we engage with to align goals with the latest climate science, form robust strategies with interim milestones, and consistently and transparently disclose progress.”

Realism prevails. In the US, only between 11% and 13% of the shareholders of three of the largest banks (Wells Fargo, Bank of America and Citi) have supported with their vote the policies aligned with the objective of achieving net zero emissions in 2050 , as revealed by the Financial Times. And the Norwegian sovereign wealth fund, managed by Norges Bank, has increased positions in companies such as Repsol (3.2%).

The oil companies, who felt the encouragement of the big investors, breathe a sigh of relief. The pressure of the managers —BlackRock, Amundi, Meridian or Ardian— was behind the turn towards renewables by companies such as Repsol or Cepsa. Now the pressure is off, although companies are quick to point out that their environmental commitments have not changed. “Like it or not”, explain Repsol sources, “oil is going to be necessary for a long time. Our discourse has always been the same, the energy transition has to be based on competitiveness and employment, orderly and possible. We maintain the goal of net zero emissions in 2050″. Cepsa considers, for its part, that “there is no parenthesis in the energy transition process”. “What there is”, company sources admit, “is a rethinking of security and energy autonomy in the EU. The war should make everything go faster.”

All the same, but different. The war and its impact on the energy sector, is it temporary or is it an excuse to consolidate business as usual? The Ministry for the Ecological Transition and the Demographic Challenge has declined to answer the question.

Óscar Barrero, partner in charge of energy at PwC, admits that the war has opened a parenthesis in the transition and the demands for sustainability. “But partially”, he clarifies. “Sustainability, which was a priority —and profitable—, and the guarantee of supply have been put on the same level”, he adds, “but they are not two contradictory paths”.

The partner responsible for Energy at KPMG in Spain, Carlos Solé, agrees with Barrero that the conflict shows that renewable deployment must be accelerated. Of course, development “may be affected by the impact that, derived from the geopolitical situation, introduces higher costs and delays in the supply chain necessary for the development of infrastructures”.

The analysis from the renewable side is different. Javier García Breva, president of the Advisory Council of the Fundación Renovables, considers that “the war in Ukraine has provided the perfect excuse to relaunch the gas, oil and coal business. Repsol, Shell, BP, Aramco are making a fortune”. “The key question,” he indicates, “is what we mean by green transition. It is not about replacing hydrocarbons with more renewables, but about changing the model, from centralized to a distributed generation model, as set out in European directives”.

The truth is that the change to which García Breva appeals has great resistance. The electricity companies, the Commission and the Agency for the Cooperation of Energy Regulators (ACER) have opposed changing the rules of the wholesale electricity market and even the governor of the Bank of Spain has warned that the green transition is going to be paid for by the low rents.

The war in Ukraine has changed the color palette of the energy and environmental picture. Claudia Antuña, a partner at International Financial Analysts (AFI), explains that today, investors can accept more leisurely strategies. “The war has colored the transition between brown and green,” she says. The color of no man’s land. Tonalities for times struck by reality and opposed to those evoked by the poet Rodolfo Serrano “in which we were so young that we knew everything”. And everything was going to change. Fast.

Fnac: compete with books, vinyl and comics in the era of ‘streaming’ | Business

By admin
Recent Posts
Latest News
Facebook Twitter WhatsApp Telegram
Back to top button
Close
Featured Posts
Last minute of the war, live | The Ukrainian Prosecutor’s Office denounces that more than 360 children have died since the beginning of the invasion | International
August 13, 2022

Last minute of the war, live | The Ukrainian Prosecutor’s Office denounces that more than 360 children have died since the beginning of the invasion | International

The hopes of closing the nuclear agreement with Iran in the short term dissipate | International
September 13, 2022

Ukraine: No food, medicine or supplies: the horror story of Azovstal survivors | International
May 4, 2022

Ukraine: No food, medicine or supplies: the horror story of Azovstal survivors | International

War in Ukraine: Death and loneliness in Irpin, the city that stopped the Russian advance | International
April 3, 2022

War in Ukraine: Death and loneliness in Irpin, the city that stopped the Russian advance | International

Putin’s bombs trigger the use of the Ukrainian language: “Russian is my mother tongue, but I don’t intend to speak it anymore” | International
July 3, 2022

Putin’s bombs trigger the use of the Ukrainian language: “Russian is my mother tongue, but I don’t intend to speak it anymore” | International

Basem Naim: “The latest escalation in Gaza did not end in open war because Hamas did not want it” | International
August 10, 2022

Basem Naim: “The latest escalation in Gaza did not end in open war because Hamas did not want it” | International