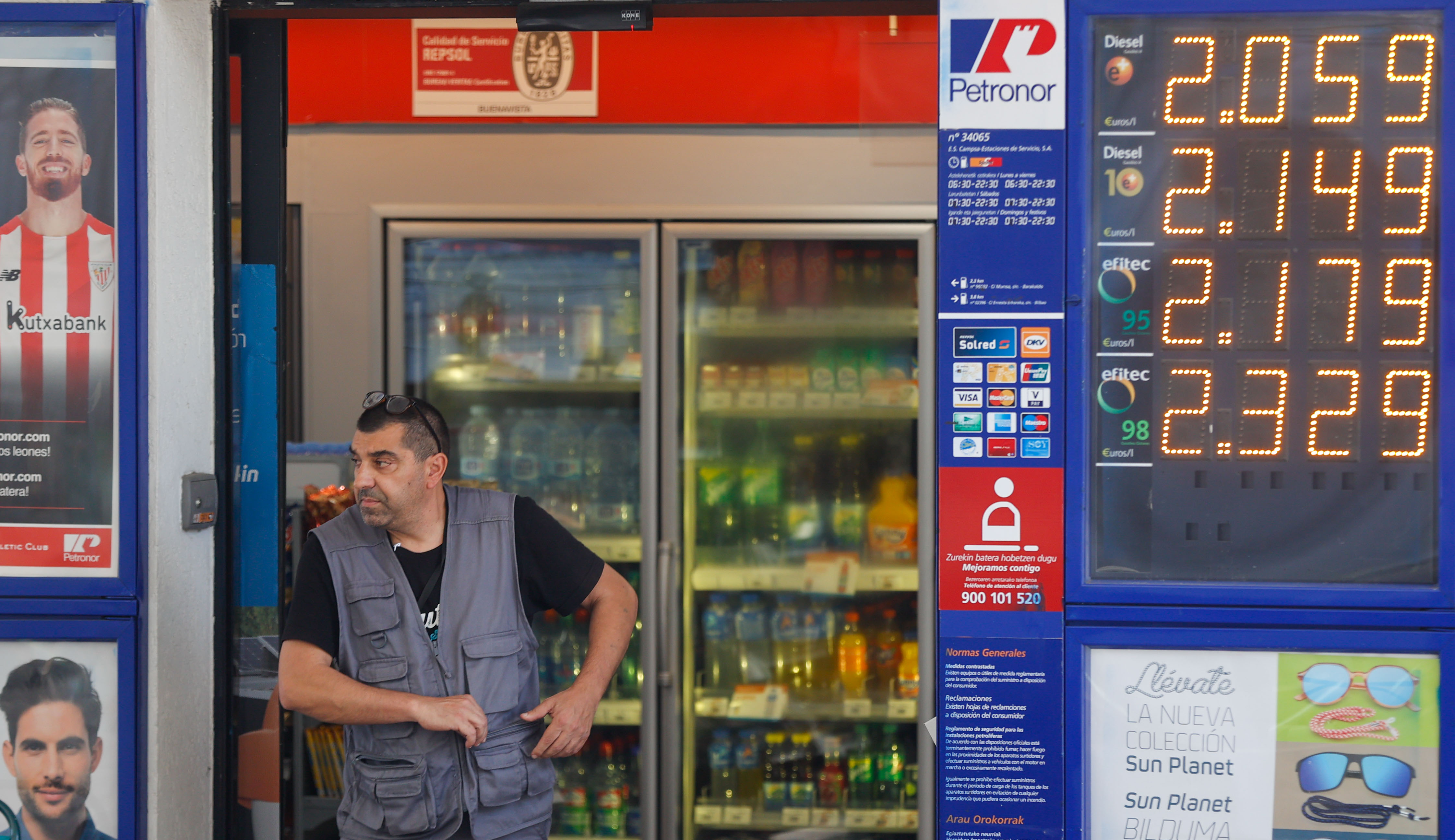 Inflation is confirmed month after month as the economic indicator with the greatest potential to damage the income of households —especially the most vulnerable— and wear down the Government. In May, the trend continues to rise: the National Institute of Statistics (INE) has announced this Friday that inflation closed at 8.7% compared to last year, the same figure as the advance data from two weeks ago, but four tenths worse than in April.

Its evolution contrasts with that of the rest of the scales, which resist and in some cases even surprise positively in an environment of turbulence due to the throes of the pandemic, the supply crisis and the war. The number of unemployed is below three million for the first time since 2008; GDP grows at a rate of more than 4% —according to the OECD forecast for Spain this year— spurred on by the arrival of European funds; the debt, although very high, still pays historically low interest thanks to the rate policy of the European Central Bank; and the deficit, without pressure from Brussels calling for rapid reforms due to the suspension of fiscal rules, is not (for now) the top priority.

In this scenario, the difficulty in stopping the escalation in prices has become the main headache for the Executive, which looks helplessly on how its measures have not managed to move inflation too far away from the 37-year highs reached in March, when it stood at 9.8%. One of those star proposals, the bonus of 20 cents per liter of fuel, has already been devoured by the rise in fuel prices, now 23 cents more expensive than when it came into force. And the other, the system devised by Spain and Portugal, which will limit the price of gas and coal for electricity generation, has finally been approved by the European Commission, but after suffering several delays it will not start operating until Tuesday.

In May, the rise in fuel and food prices had more influence than electricity. The EU’s veto on the purchase of crude oil that arrives by sea from Russia has contributed to settling the price of Brent crude oil above 120 dollars — triple that of two years ago. And in the midst of these supply problems, two opposing measures did not seem to have much effect: neither the decision of Saudi Arabia to raise oil prices for July, nor the increase in the pumping target of the cartel of producing countries altered much the trend.

The rise in oil has translated into a rise in gasoline in May compared to last year of 23.5%, and 33.9% in the case of diesel, according to the INE. Electricity, for its part, increased by 30.2%. The agency has also detected widespread price increases in food, which measured jointly are worth 11.2% more than twelve months ago. For example, olive oil has become more expensive by 36.5% compared to last year, pasta by 27.9%, flour by 25.5%, eggs by 25.3%, whole milk by 16, 7% and baby food 15.5%. Core inflation, which excludes energy and fresh food due to its volatility, closed May at 4.9%, five tenths more than in April, and the highest rate since October 1995.

Both the President of the Government, Pedro Sánchez, and the First Vice President, Nadia Calviño, have coincided in recent hours in recalling that among their 18 partners in the euro zone there are 11 countries with higher inflation than Spain. And both insisted on blaming the rise in prices on exogenous factors such as bottlenecks in international markets and the rise in raw materials, especially energy, due to the war in Ukraine.

Neither the comparison -according to Eurostat, inflation in Spain is slightly above the average of the Nineteen-, nor the fact that the invasion is behind a significant part of the increase in the cost of living alleviate the strong loss of purchasing power of households, although they do reveal the limited capacity of States — throughout Europe and beyond — to solve a problem that is affected by elements as complex as disruptions in the functioning of trade and globalization, which are referred to as adds a monumental energy crisis with geopolitical roots initiated from the Kremlin.

Politicians in power face discredit in much of the planet in the face of a problem that directly affects the pockets of their constituents. “Inflation is the bane of our time,” US President Joe Biden said during a televised interview on Thursday. The global nature of the phenomenon is not helping the Democratic leader to stop the decline in his popularity, amid annual price increases of more than 8%.

Experts believe that it will not return to maximum

The OECD, which in its latest report stressed that families with fewer resources suffer the blow of prices more fiercely, predicts for Spain an average inflation of 8.1% for 2022 and 4.8% for 2023, which This means that it does not expect large declines in the coming months. Ángel Talavera, chief economist for Europe at Oxford Economics, believes that 9.8% in March is an immovable ceiling “in part because the gas price cap should protect us from its hypothetical increases if the situation in Ukraine worsens,” he argues. Still, he reckons the gas cap’s impact on inflation will be modest, subtracting about half a point. “Although there are quite a few unknowns,” he points out.

Leopoldo Torralba, an economist at Arcano Economic Research, does not rule out new accelerations in the short term, in June or July, “especially due to the blockade of Ukrainian ports that is increasing food prices and the European embargo on Russian oil”, Explain. However, he expects that in the third quarter a slowdown will begin to be seen, which will be helped by the cap on gas with about six or seven tenths according to his calculations. “The problem is that other items that weigh a lot, like food or oil, could offset this,” he warns.

Raymond Torres, director of the Funcas situation, sets two conditions so that inflation does not return to annual highs: that oil does not exceed 130 dollars and that gas does not exceed 90 euros per megawatt hour. He forecasts an annual average inflation somewhat lower than that of the OECD, of 7.5%, ending the year with price increases close to 6%. For Torres, the cap on gas will subtract eight tenths from the CPI, but in June and July it will be three tenths. Like Torralba, he believes that there is a risk that it will not be too visible. “This will be seen relatively little because we are with inflation rates that come from oil and underlying inflation that can nullify the effect of the measure, although it is positive because it calms one of the fronts, that of electricity.”

A python ate a woman in her 50s in Indonesia!

The resistance of women in Afghanistan | International
August 7, 2022

The resistance of women in Afghanistan | International

Last minute on Elizabeth II, live | The British Parliament interrupted the session to send a message of support to the Queen | International
September 8, 2022

“If the Republicans win, they will do so out of fear and anger” | US Elections
4 weeks ago

“If the Republicans win, they will do so out of fear and anger” | US Elections

Maps | Ukraine deals a “major defeat” to Russia in the east of the country | International
September 12, 2022