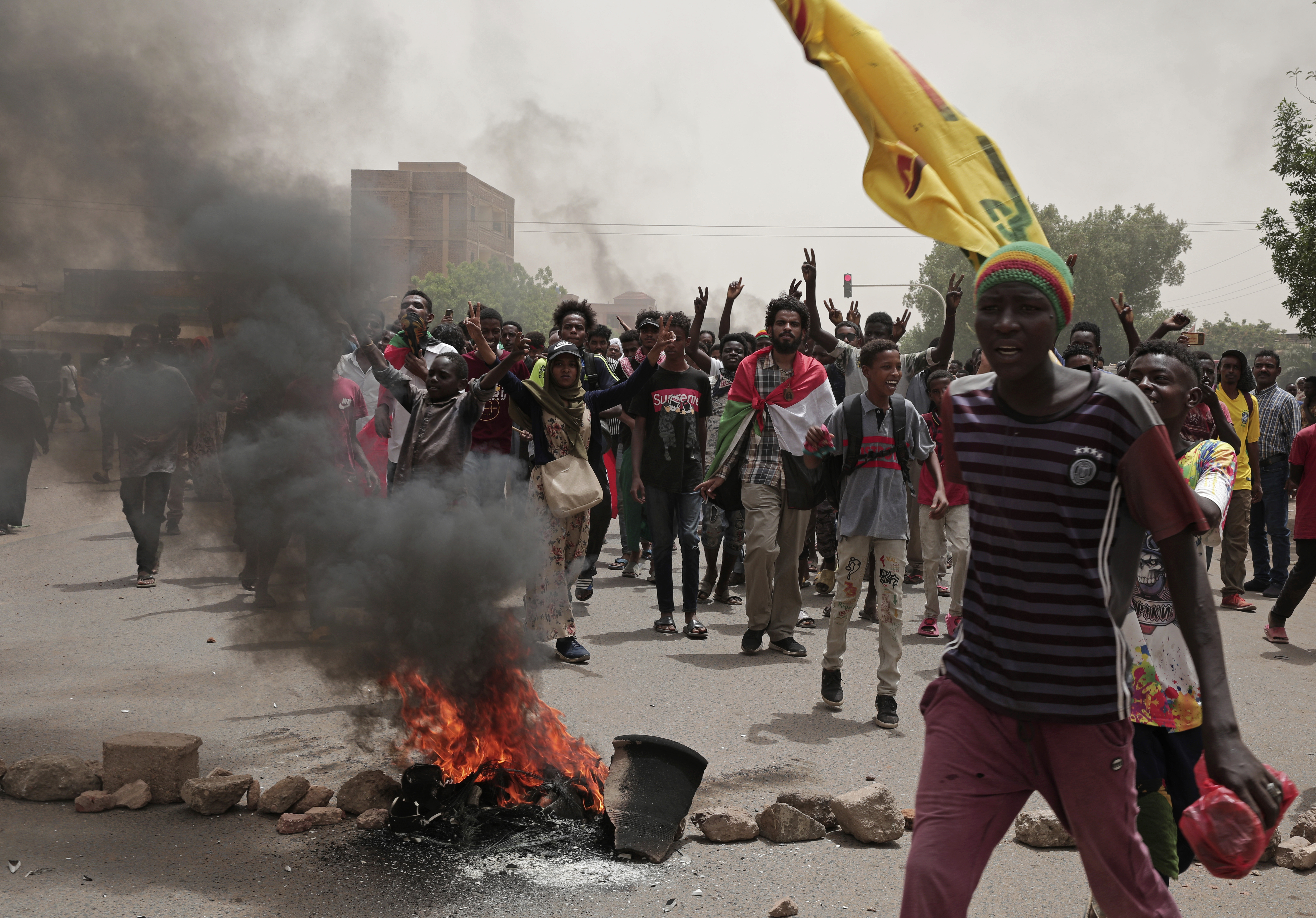 The Sudanese security forces had been dangerously close to the figure for weeks, but at no time did they choose to stop the repression. And that was how, last Sunday night, a committee of local doctors ad the death of a new protester by a shot to the chest, number 100 in the area of ​​the capital, Khartoum, since the coup carried out by a group of soldiers last October. Seven months later, the country is still mired in a raw conflict between the generals, unable to establish their authority, and a highly organized civil opposition, while the international community continues to try to build bridges without success.

General Abdel Fattah al Burhan, leader of the Army, announced at the end of October the seizure of power in the country and the dissolution of the main organs of the fragile democratic transition that began in Sudan in 2019, shortly after the fall of former dictator Omar to the Bashir after months of massive protests. He also declared a state of emergency, ordered the arrest of several civilian leaders, including former Prime Minister Abdallah Hamdok, and suspended key articles of the document that served as the Constitution, thus dealing a severe blow to the general aspiration to lay the foundations of a civilian government. and democratic.

Al Burhan initially promised that he would quickly appoint a technocratic executive to run the country until elections in July 2023, and justified the coup on the grounds that it acted in the interest of stability. But since January, Sudan has found itself without a Prime Minister, with a Cabinet still in office, mired in a serious economic and food crisis, and with alarming levels of violence and insecurity in peripheral areas such as Darfur.

Likewise, the social mobilizations to demand justice and a government only of civilians have not stopped at any time. At the forefront of these actions are now the resistance committees, an extensive network of decentralized groups of activists, deeply rooted in the neighborhoods, which have shown a great capacity to avoid the repressive and co-opting tactics of the regime. In recent months, these committees have also developed political documents in which they have outlined the main lines of their proposal to get out of the current crisis and build a new just and democratic Sudan.

Popular support of the resistance committees

Thanks to the broad support they enjoy, the resistance committees have largely conditioned the direction and agenda of the opposition, including the political and civil society alliances that led the wave of protests against Al Bashir and agreed in his moment with the Army the government bodies of the transition. This situation has left the generals with little room to weave political alliances that transcend the minority groups that already supported the coup at the beginning. And it has forced them to turn to the Islamist circles of the old regime to try to break the impasse. The military putschists are trying to end the international, diplomatic and economic isolation, deepening ties, on the one hand, with Russia and, on the other, with Egypt, Israel, the Emirates and Saudi Arabia.

In this context, the UN, the African Union and the Intergovernmental Authority on Development (IGAD; an East African economic and integration organization) have tried to facilitate military-civilian talks to initiate a political process that find a way out of the crisis. Officially, the generals have been open to participating in these processes, the last of which starts this week, and at the end of May they took measures to foster confidence among the population, such as the lifting of the state of emergency and the release of dozens of prisoners. politicians.

However, the main civilian opposition forces categorically refuse to sit down to negotiate with the military. They criticize that there are still politicians and activists behind bars and that the repression, as evidenced by the constant trickle of deaths at the hands of the security forces, has not stopped. In addition, they consider that the initiative promoted by the UN legitimizes the generals by not pressuring them to completely abandon political life and return to the barracks.

Analyst Kholood Khair, director of the thinktank Insight Strategy Partners from Khartoum, finds that representation from “the most pro-democratic groups” is missing in the negotiations. “The result of this process will not be representative; it will lack key elements of the demands of the pro-democracy movement. [De llevarse a cabo] Surely there will be a political landscape that the military can dominate, ”he slides. “This Islamist-military regime, since Al Bashir, has been very capable of manipulating these processes,” says the expert, who considers it “clear” that the country’s leaders are planning to repeat this dynamic.

Shackles, hoods, injections and ill-treatment: a tour of the corridors and cells of a Xinjiang re-education center | International

Check Also
Close
Pedro Castillo: a year and a half adrift in Peru | International
32 mins ago

Vacancy: The Peruvian military turned its back on Castillo | International
53 mins ago

Elizabeth II: The message of the youngest Britons to Charles III: “There has to be a change” | International
September 9, 2022

Elizabeth II: The message of the youngest Britons to Charles III: “There has to be a change” | International

Cyril Ramaphosa: Half a million dollars under the sofa: the scandal that could cost the South African president his job | International
5 days ago

Cyril Ramaphosa: Half a million dollars under the sofa: the scandal that could cost the South African president his job | International

Video analysis | Who are the mercenaries who defend Putin under the name ‘Wagner’? | Videos
March 18, 2022

Video analysis | Who are the mercenaries who defend Putin under the name ‘Wagner’? | Videos

Rishi Sunak: the unbearable burden of having sunk a Government | International
September 4, 2022

Rishi Sunak: the unbearable burden of having sunk a Government | International

War in Ukraine: Russia launches fierce attacks in Lugansk and bombs a school where dozens of people were sheltering | International
May 8, 2022

War in Ukraine: Russia launches fierce attacks in Lugansk and bombs a school where dozens of people were sheltering | International