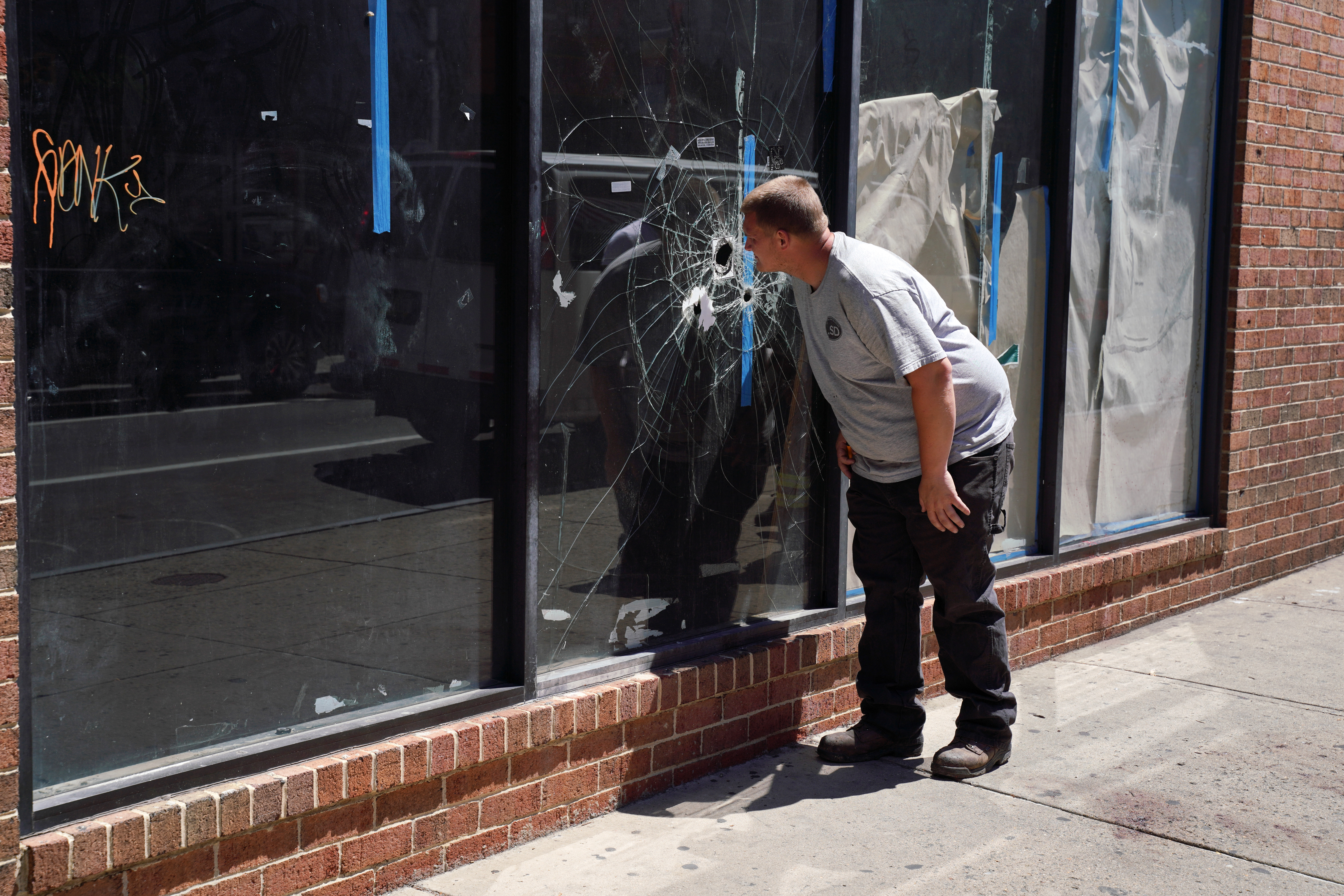 Results from Tuesday’s California primary indicate crime may be a major issue in the midterm elections. In San Francisco, a progressive prosecutor was removed in a recall referendum. In Los Angeles, a former Republican businessman who had run for mayor with the promise of cracking down on crime had a terrific result. It is not hard to see why crime has risen to the top of the political agenda. Murders increased across the country in 2020 and rose even more in 2021, although the truth is that we do not know the cause. The right wing blames Black Lives Matter, because that’s what it touches. A more plausible explanation is the stress caused by the pandemic, a stress that, among other things, led to the aggravation of domestic violence.

Despite the recent rise, the overall homicide rate is still well below its 1991 peak, and the geography of the political backlash does not appear to bear much of a relationship with current crime rates: both San Francisco and Los Angeles they commit fewer violent crimes than, say, in Houston. But the rising numbers are real, and voter concern is understandable.

Now, will the public reaction to crime translate into positive results? I wish I could be optimistic. At a minimum, we will have to overcome some widespread misconceptions. And yet, talking about fighting crime is easy, but doing something effective about it is not. First of all, we must leave behind the idea that crime is mainly a problem of the big cities, a conviction that is still very widespread although it has long ceased to be true. Last year, JD Vance, currently a Republican candidate for senator from Ohio—and arguably also one of the most cynical politicians in America—tweeted to his followers: “I have to go to New York soon and am trying to decide where to stay. . I have heard that the city is disgusting and violent.” I think it was some kind of joke, but knowing full well that many of his supporters would not understand it that way.

The truth, as Justin Fox of Bloomberg recently demonstrated, is that New York is very safe, not only compared to other big cities in the United States, but also compared to small towns and rural areas. Notably, its murder rate is lower than that of the State of Ohio as a whole. This does not mean that all is well in the Big Apple. Eric Adams was elected mayor due in part to the sharp rise in crime and took a tough stance on crime. But in a rational world, insider politicians wouldn’t talk down to New York, but instead look at our greatest city, which also happens to be one of the safest places in America, and try to figure out what’s going on. doing well.

Another misconception is that the increase in crime is directly related to emigration. Vance in particular has largely based his campaign on demagoguery about immigrants and, in particular, on crimes committed by people who have come from outside the country, a demagoguery that, it seems, works best where it seems to be in places with very few Immigrants: In Ohio, less than 5% of the population is foreign-born, compared to 38% in New York City.

However, even if we can avoid these preconceptions, what can politicians do against crime in practice? It would be helpful to know why crime fell so low between the early 1990s and the mid-2010s, a drop, by the way, that was accompanied throughout by a series of Gallup polls showing that a large, often majority, number of Americans said crime was on the rise. But my interpretation is that there is no consensus regarding the causes of this decline that occurred in the country, both in Republican and Democratic states.

It would also help if the 2020-2021 crime wave had a clear pattern. But like the previous downturn, it affected virtually the entire United States, whether states and cities run by conservative Republicans or centrist and liberal Democrats, more or less with equal force. So complaining about crime is easy, but bringing it down is hard; in fact, it seems that New Yorkers are already deeply disappointed with Adam’s initiatives.

One thing that could help would be better policing. Available evidence suggests that harsh sentences against convicted offenders do not have much of a deterrent effect, while the possibility of being caught red-handed does. So “cut police spending” was a stupid (and politically destructive) slogan. We probably need to devote more, not fewer, resources to law enforcement. But, of course, we also need police officers who do their jobs—the story of Uvalde, Texas, is getting worse—and don’t abuse their position. If fear of crime is a real problem, so is minority groups’ fear of being abused by the people who are supposed to protect them, and we can’t just trust the police to always do the right thing .

By the way, it would also help if criminals weren’t equipped with military weapons and bulletproof vests, and no, heavily arming others is not the answer. New York doesn’t have low crime rates because the city is full of nice guys with guns. I wish I could be optimistic, but I fear that the beneficiaries of this attention to crime will be the politicians who have nothing to offer but harsh words.

Paul Krugman He is a Nobel laureate in economics. © The New York Times, 2022. Translation of News Clips.

Temperature warning from Meteorology! Snow at high altitudes! Downpour in 2 areas! How will the weather in Istanbul be?

Check Also
Close
The cap on Russian oil: one more blow to Moscow, but far from lethal | International
18 mins ago

Increase in the learning gap and emotional deterioration: the balance of 200,000 Latin American teachers on the pandemic | International

Abbas’s statements on the Holocaust in the presence of Scholz unleash a barrage of criticism | International
August 17, 2022

Pope Francis postpones his trip to Africa due to health problems | International
June 10, 2022

South African police investigate the death of at least 22 people in a nightclub in the south of the country | International
June 26, 2022

Peronism closes ranks with Cristina Kirchner after the request for 12 years in prison for corruption
August 23, 2022