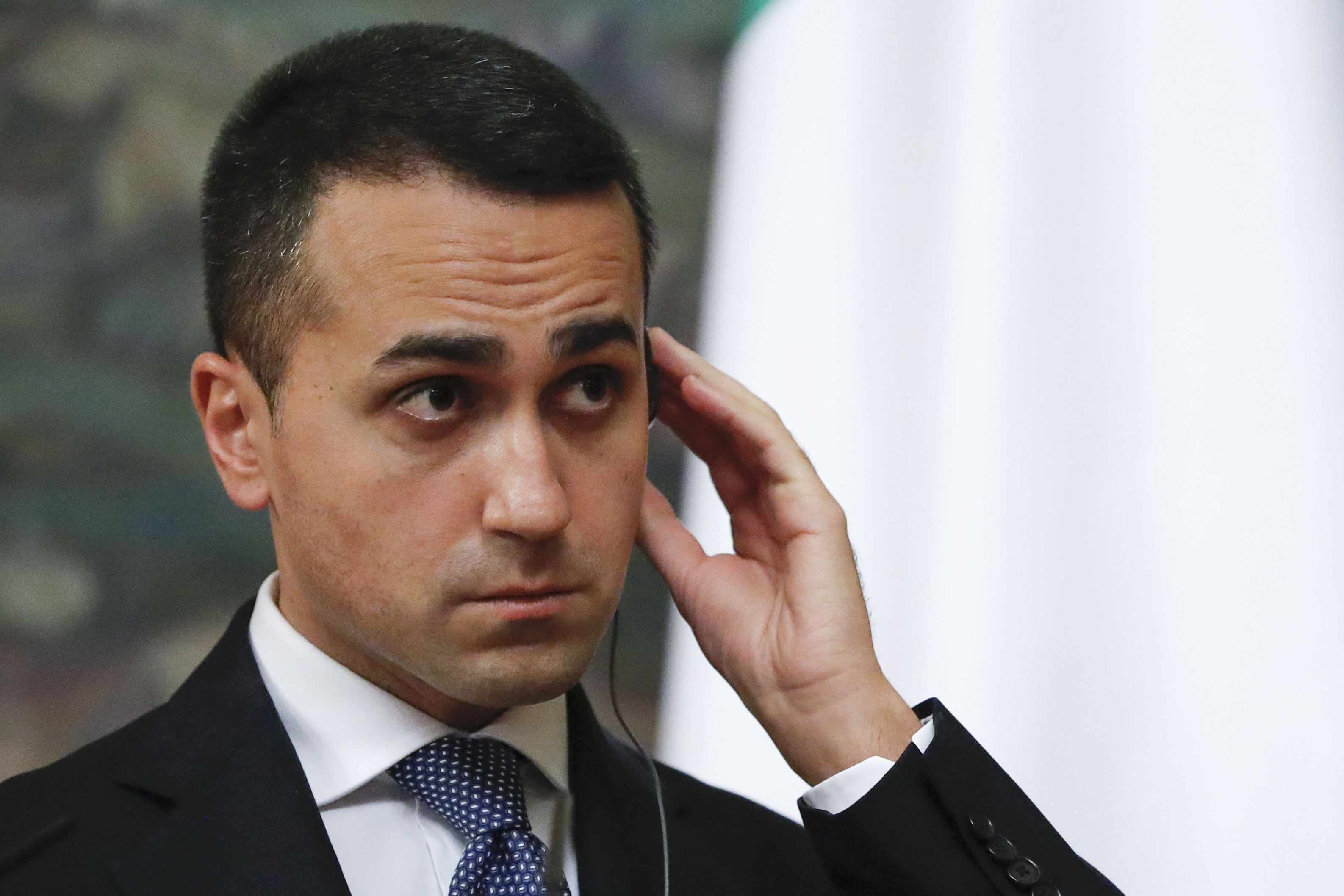 The 5 Star Movement (M5S), the party that won the last general elections in Italy and obtained 33% of the vote in 2018, is going through a prolonged decline that brings it ever closer to decomposition. The anti-system formation, then a sign of convulsive and Eurosceptic times, has not managed to overcome all its errors. The latest implosion has been caused by the harsh criticism of the current foreign minister and former leader of the formation, Luigi Di Maio, to the head of the party, Giuseppe Conte. This weekend he accused him of having a line away from the European Union and NATO regarding the Ukrainian conflict, which triggered the anger of the former prime minister and part of the militancy. The party is now discussing whether to expel Di Maio and thus close a chapter in its history. The risk, after having lost dozens of parliamentarians and voters in this legislature, is that he will also close his own career.

The M5S held an extraordinary national council on Sunday night where it discussed the issue until dawn and put Di Maio, 37, who was vice president of the Italian Government, on the target. “He is more outside than inside. There is no respect for the party, for the leader. And he plays a double game”, explains a source from the M5S to this newspaper. He replied that he felt attacked and that he saw a lot of hate in the formation he had led. Also that he could not recognize himself in that anti-government air distilled today by the party that he helped found and whose reins the comedian Beppe Grillo entrusted to him. It is the same Di Maio who, during his time as leader of the M5S, denounced the closeness of the parties with a supposed establishment; the same politician who came to propose censorship of the President of the Republic, Sergio Mattarella, and to travel to France behind the scenes to meet with the movement of the yellow vests.

The conflict will be staged today in the Senate, when Prime Minister Mario Draghi will appear to report on Italy’s position at the European Council on Wednesday. The M5S wants to take the opportunity to present a resolution against sending weapons to Ukraine that would further sharpen the division.

The internal war in the M5S shows several elements more than the actual fray between the two leaders. For some time now, the unity government led by Draghi in Italy has created a fracture between the ministers that make it up and their respective parties. The Cabinet has formed a kind of party assuming the theses of the prime minister, often far from those of the formations themselves, especially on the issue of the war in Ukraine. On many occasions, the ministers have been forced to choose between the party’s guidelines and those proposed from the Chigi Palace: most of the time the government option has triumphed.

The case of Di Maio, who has become the greatest defender of Draghi’s theses and a champion of the values ​​of the EU and NATO – for a long time he proposed that Italy cease to be part of the European club – is paradigmatic. But it has also happened with the ministers of Forza Italia (such as Mara Carfagna, Mariastella Gelmini or Renato Brunetta), who have ended up clashing to a greater or lesser extent with Silvio Berlusconi. This mismatch has even been seen in La Liga with Giancarlo Giorgetti, Minister of Economic Development and former confidant of Matteo Salvini, who today has become the main focus of internal opposition. Di Maio’s case, however, is somewhat different.

The interests of the foreign minister, an autodidact with little knowledge or education when he entered politics, have long since separated from those of his party. The rupture movements coincide with the forthcoming confirmation of the internal rule of the M5S of the limitation of two mandates, according to which Di Maio would not be able to run for the next elections and would lose all his positions, responsibilities and privileges, having spent eight years in the active politics. The cricket He would already be preparing his exit from the party – in the M5S they took it for granted yesterday – and the entrance to a large center group that would attend the next elections. About 20 parliamentarians, he noted on Monday The Republicthey would be willing to follow him if he sets course for another project.

The M5S is a ship adrift, and Di Maio knows it. The party led by Conte has achieved an average of 3% of the vote in the last local elections. The party does not even know if Giuseppe Conte will be the candidate for the next elections. A problem for the Democratic Party, which had bet the success of the following campaign on the formation of a coalition with the crickets. The void they leave behind has fueled moves to create a large core group. An ideological space without an owner since the decomposition of the old Christian Democracy. The game, in fact, in which Di Maio’s profile would fit the most today.

Ukraine: One in four Ukrainians has fled their home because of the war | International

Check Also
Close
The Venezuelan government and the opposition agree to unfreeze between 3,000 and 5,000 million state funds abroad
32 mins ago

Andrej Plenkovic: The Prime Minister of Croatia: “It is necessary to clarify if the drone that fell in Zagreb was an intentional act” | International
March 18, 2022

Andrej Plenkovic: The Prime Minister of Croatia: “It is necessary to clarify if the drone that fell in Zagreb was an intentional act” | International

Daniel Ortega speeds up the implementation of the single party regime in Nicaragua | International
July 15, 2022

“Chile is characterized by saying yes to change and then getting scared when the changes come”
June 18, 2022

The images that prove the existence of re-education centers in Xinjiang | International
May 25, 2022

The annual convention of the National Rifle Association, in pictures
May 29, 2022

The annual convention of the National Rifle Association, in pictures

Trump goes to the Supreme Court to block the investigation of the Mar-a-Lago documents | International
October 5, 2022

Mahsa Amini: Sociologist Shirali on the protests in Iran: “Young refugees in indifference have awakened” | International