The day after Luigi Di Maio’s split, while the Together for the Future group was born in the House, headed by the Foreign Minister, the Speaker of the Chamber Roberto Fico accuses: “The split is an operation of power and not a political one, which is different. And it has been used with unprecedented instrumentality “.

The leader of the M5s Giuseppe Conte assures his support for the Draghi government.

“Support for Draghi is not in question,” Conte said speaking to reporters outside the party headquarters. “The Movement will remain the first political force to deal with all those issues, from social justice to ecological transition, which are part of the backbone of the 5 Star Movement”.

Conte also reiterated that he will remain at the head of the Cinquestelle. “Have I ever thought of leaving the leadership of the Movement? And for what reason?”, he said.

Speaking of the resolution in the Senate, “also yesterday that with the resolution we asked for greater involvement of the Chambers, as is normal in any parliamentary democracy, we have been put in a lot of trouble but our support has not failed “, said Conte.

In the early afternoon Roberto Fico arrived at the M5s headquarters to meet Conte. After leaving the headquarters, the two pentastellated exponents then stopped in a room in Piazza della Torretta for an interview. With them also some parliamentarians, including Vito Crimi, Paola Taverna, Ilaria Fontana, Roberta LombardiNunzia Catalfo, Alessandra Maiorino, Massimo Castaldo Riccardo Ricciardi and Mario Turco.

In the morning, however, Fico in his role as Speaker of the House announced in the Chamber the establishment of the Together for the Future group, the new component headed by Luigi Di Maio and which includes all the deputies who have left the Five Star Movement.

The leader of Together for the Future, Luigi Di Maiowill meet tomorrow thejoint assembly of the parliamentarians of the new formation. The meeting is scheduled for tomorrow at 2.30pm. 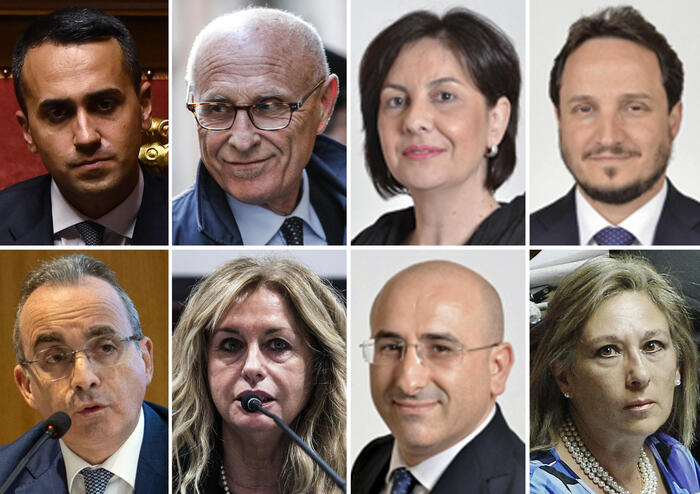 M5s Europe, elected with the Movement symbol, faithful to mandate
“Respect for the electoral mandate has always been one of the founding values ​​of good politics. The citizens have elected us with the symbol of the 5 Star Movement and we remain faithful to this. We renew our trust in the project and the principles contained in the new Statute, to the activists who overwhelmingly chose the leadership of Giuseppe Conte and our President “. This was declared by the M5S MEPs Tiziana Beghin, Fabio Massimo Castaldo, Laura Ferrara, Mario Furore and Sabrina Pignedoli regarding the split that also emerged in the EP after Di Maio’s farewell.

Draghi from Mattarella, point on G7 and NATO. High tension in the government – Politics