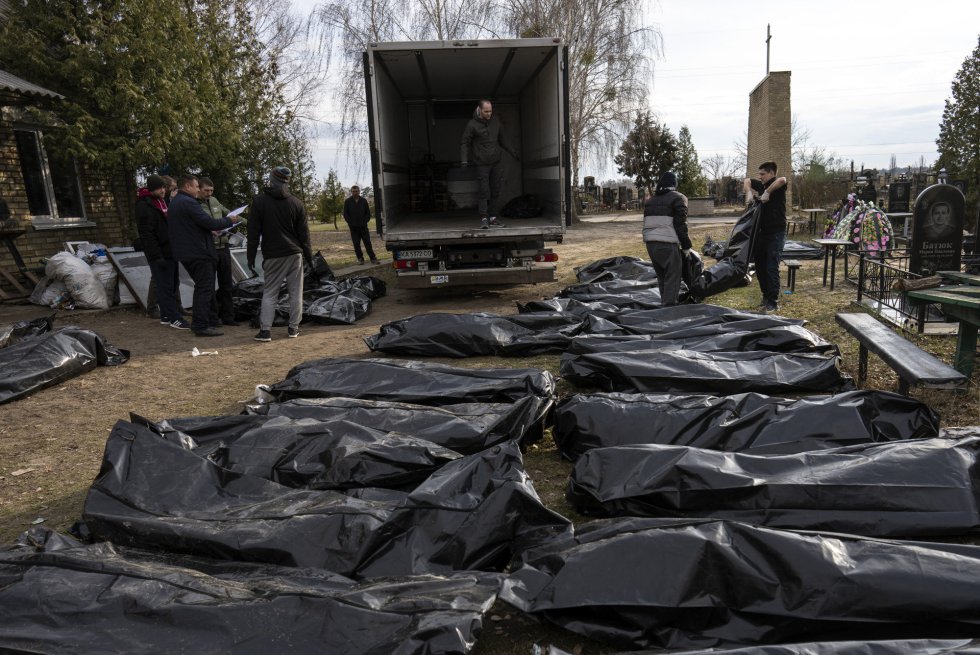 The International Criminal Court (ICC) opened its doors in the Netherlands two decades ago, making little noise. An advance party of eight officials settled on July 1, 2002 in a building that was temporary at the time, but already housed the first permanent court to judge war crimes and crimes against humanity and genocide. It was a milestone in international justice, and also the biggest warning launched to date towards those most responsible for the worst criminal offences. As immunity based on the position is not recognized, any political, military or guerrilla leader could answer before 18 judges of various nationalities. Twenty years later, the headquarters of the ICC is an imposing building planted on the route of the coastal district of The Hague, there have been three chief prosecutors, and the court faces the greatest challenge in its history: to investigate and judge the crimes committed in the war of Ukraine.

The ICC has not yet achieved a final judgment against a state president, but the standards set by the Rome Statute, its founding text, have helped advance universal jurisdiction, which allows national judges to deal with cases of this type. It has, however, a double unfinished business. On the one hand, it needs more support from its 123 members so that they turn to other cases as they have done after the Russian invasion of Ukraine. It is the first time that 40 countries have asked the Prosecutor’s Office to investigate the atrocities perpetrated in that war. Its owner, the British jurist Karim Kahn, has also made his debut in a unique form of cooperation. He collaborates with the so-called Joint Investigation Team (JIT) which includes Poland, Lithuania and Ukraine itself, as well as Estonia, Latvia and Slovakia. Together, they collect and store evidence that will later be used to prepare possible cases of war crimes or crimes against humanity perpetrated on Ukrainian territory.

“Ukraine has invited the ICC prosecutor to investigate the crimes committed on its territory by those responsible for another government, in this case Russia, which is almost a novelty. The usual thing is that the Prosecutor’s Office is called to do the same, but with the rebel forces as designated. Here we are dealing with government troops from another state, and it is a golden opportunity for Kahn to demonstrate the ability to his office,” explains Reed. Brody, a member of the International Commission of Jurists, who was the lead attorney for victims of Chadian dictator Hisène Habré.

In a telephone conversation from the United States, Brody immediately adds that collaboration with Ukraine “is necessary and nobody questions it in the face of Russia’s flagrant aggression”, but it presents a danger. “It’s the double standards. If you do not want to be seen as the legal arm of NATO, why is it acting alone in this case? The prosecutor also has competence in Palestine and argues that he does not have sufficient resources. He has not asked for them in the same way either, and that is a contradiction. Or the clipping of the case of Afghanistan, [donde solo abordará los posibles crímenes de talibanes y el Estado Islámico (ISIS), y no los actos de las fuerzas estadounidenses]. It must work equally because there is a risk of instrumentalization. As if the criminal policy of an independent prosecutor depended on the will of the member countries of the ICC, which must contribute to maintaining it”.

The lack of cooperation of the Member States with the court is also highlighted by Delphine Carlens, head of international justice at the International Federation for Human Rights (FIDH). According to her, “investigating a case takes time and countries must facilitate the access of experts and help with the execution of arrest warrants, because the court lacks police. It is not just a political responsibility of the States. It also encompasses the practical. She also believes that the help given should not be selective. “Prosecutor Kahn has the power to support other cases with the funds received. Especially at a time of great challenge to the legitimacy and credibility of the court”, adds Carlens. To date, the ICC has heard 31 cases and judges have issued 37 arrest warrants. 21 detainees have appeared before the judges, and 12 suspects are still on the run. 10 judgments have been handed down and four defendants have won their appeal.

The challenges of the court

The other side of the pending issue of this court is more difficult, if possible. The United States, China, India, North Korea or Israel are not part of it. They’re not here. They are not expected, and sometimes hinder their work. Like when Russia and China imposed their veto in the United Nations Security Council in 2014, preventing the investigation into the crimes perpetrated in Syria from reaching the ICC. Although it is true that Syria is not a member of the court either, the UN can refer cases to the court’s prosecution, but the brake of both powers was imposed. “In these 20 years, justice has been imparted in the world thanks also to what the court represents. As in the case of Hissène Habré, the dictator of Chad between 1982 and 1990. The African Union wanted to show that it could try him on the continent itself, and Habré was sentenced in 2015 to life imprisonment”, indicates Reed Brody.

For the expert, “the geographical distance of some judges who are not at the scene of the events can be classified as a design error”. What happened with the Kenya investigation is a palpable example. “It is very difficult to do justice from afar when a country refuses to do so. The Kenyan government controlled the crime scene, the evidence, the witnesses, everything. And the TPI had to back down.” In 2014, the Public Prosecutor’s Office resigned from trying the President of Kenya, Uhuru Kenyatta, for crimes against humanity allegedly committed after the 2007 elections. The then Chief Prosecutor, the Gambian Fatou Bensouda, accused him of indirect responsibility in the death of some 1,300 civilians, but was unable to gather evidence to prove it.

There have been other failures. Like the case of Jean-Pierre Bemba, former vice president of the Democratic Republic of Congo. In 2016, he was sentenced to 18 years in prison for war crimes and crimes against humanity committed under his command by the Movement for the Liberation of Congo (MLC). In 2018, the Appeals Chamber acquitted him, alleging that he “cannot be held criminally responsible for these atrocities.” Yes, warlords have been convicted, such as the Congolese Thomas Lubanga, who is serving 14 years in prison for recruiting child soldiers between 2002 and 2003. And it has been ruled that forcing marriage and pregnancy is also a crime in war. In 2022, Dominic Onwen, a former Ugandan child soldier, was sentenced for this – among other crimes – to 25 years in prison.

For Brody, there is already an “ecosystem of international justice in the world that is worth strengthening, facilitated in a certain way by the ICC.” The translation of it is the project of an international and permanent investigation mechanism, “that can work in places where the ICC does not reach.” “Today there are mechanisms for Myanmar, Syria, and Daesh (Islamic State), which share their evidence with national courts. They are new forms of justice, more agile, that do not detract from the ICC”. Although the criticisms of the early days have subsided because the prosecution was supposedly focused on Africa, Carlens stresses that the court must support structural damage to the victims and make effective the reparation, whether economic or symbolic and collective, that corresponds to them. He says that, until now, “it has depended in part on the interpretation of the judges, when the victims are at the center of the Rome Statute.” The treaty enshrines their active participation.

Brazil Elections: The shadow of the Brazilian military looms over the voting system | International

Ortega deals a blow to all the municipalities governed by the opposition in Nicaragua | International
July 5, 2022

The EU doubles the fund to send weapons to Ukraine | International
March 11, 2022

The EU doubles the fund to send weapons to Ukraine | International

The wave that swallowed Tejerías: living in the midst of the threat in Venezuela | International
October 24, 2022

The wave that swallowed Tejerías: living in the midst of the threat in Venezuela | International

The threat of a chemical attack looms over Ukraine | International
March 27, 2022

The threat of a chemical attack looms over Ukraine | International

Tunisia votes in a referendum a Constitution tailored to the president | International
July 25, 2022