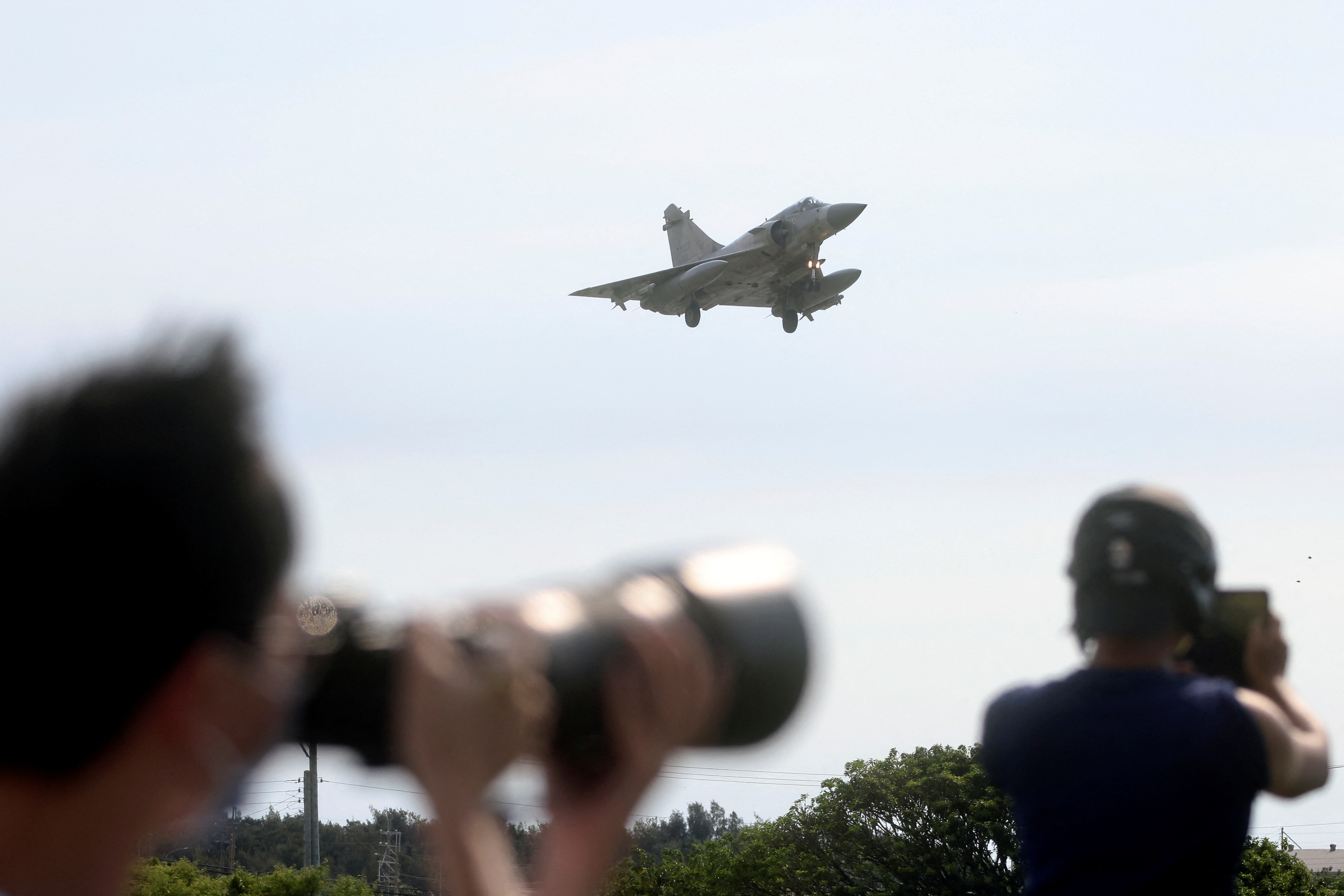 China has maintained pressure on Taiwan this Sunday morning with new military maneuvers and plans to start another series of exercises in other maritime areas. In addition to the attack drills in the Formosa Strait, China’s Maritime Safety Administration announced on Saturday that the People’s Liberation Army (PLA, the Chinese Armed Forces) will hold maneuvers in the Yellow Sea and the Sea of ​​China until early September. from Bohai (Northeast China).

According to the Taiwan Maritime and Port Office, China intends to extend its military exercises around the island until Monday at 10:00 a.m. (04:00 a.m. Spanish peninsular time), almost one day more than originally announced. At the moment, official Chinese media have not confirmed this point, while this Sunday the exercises around the island continue. Given the increase in the military threat, the Taiwanese army has reported that it will carry out two artillery tests with live fire next week, according to the report. South China Morning Post.

The PLA moves are part of Beijing’s response to US House Speaker Nancy Pelosi’s visit to Taiwan. The 82-year-old legislator spent 19 hours in Taipei during her Asia-Pacific tour, turning a deaf ear to the warnings against President Xi Jinping and even those from the White House and the Pentagon. The anger of the Chinese authorities is due to the fact that the Asian giant considers the self-governed island to be part of its territory and, therefore, they perceive the visit as a “blatant provocation” that “alters the status quo”. In addition to unprecedented war exercises in the region, the second world economic power has responded to the visit by freezing cooperation with the United States on key issues and sanctioning Pelosi and his immediate family.

The Taiwanese Ministry of Defense denounces that this Sunday the EPL has once again “put pressure” near the median dividing line of the Strait of Formosa, an unofficial border, but which until now was tacitly respected. According to a statement, multiple groups of Chinese military ships, planes and drones again simulated “an attack against the island of Taiwan and against the Army at sea”, while other fighters “infested” smaller islands controlled by Taipei. In response, the Taiwanese military has deployed planes and ships to “react appropriately” and “monitor the situation closely.” Taiwan assures that, only on Saturday night, up to 20 Chinese planes and 14 ships participated in maneuvers around the island.

A source quoted by the Reuters agency says that some ten Chinese and Taiwanese warships sailed very close to each other this morning, betting on what seemed like a game of chess on the high seas: when the Chinese ships tried to cross the dividing line, the Taiwanese got in the way and forced them away, until they had no choice but to turn around.

Given the growing threats from Beijing, the Taiwanese Armed Forces will carry out two large-scale artillery exercises with live fire next Tuesday and Thursday with the aim of testing their combat readiness, according to the Hong Kong digital South China Morning Post. The rehearsals will take place, according to this media, in Fenggang, located in the southern county of Pingtung, where the infantry troops are stationed. The Taiwanese Prime Minister, Su Tseng-chang, has described the Chinese army’s exercises as “arrogant” and has criticized the reaction of the Asian giant, which he considers to “disturb the peace” in the region.

Despite rising tensions, Taoyuan International Airport has reported that all air routes should return to normal on Monday. Since the drills began last Thursday, 300 flights have had to divert to avoid the areas where the maneuvers are being carried out. In these four days, more than 200 international flights have been canceled, and some 900 have been affected.

According to the Chinese newspaper Global Timesowned by the Communist Party and markedly nationalist, after Pelosi’s visit “changed forever the status quo of the island”, the drills will become more common off the Taiwanese coast, as they constitute a “rehearsal of reunification operations” to the Chinese mainland.

In addition to the tests in seven areas of the Strait of Formosa, on Saturday, the Asian giant’s maritime authorities announced new exercises in the waters off the northeast of the country, near the Korean peninsula. The exercises in the Bohai Sea will take place between August 8 and September 8, while those in the Yellow Sea start this Sunday and end on August 15. The China Maritime Safety Administration has issued an alert for shipping and opened access exclusively for military vessels.

The ‘Razoni’ is already sailing to Lebanon with 26,000 tons of corn after being inspected in Istanbul | International

Chaos, defaults and criticism in the Russian mobilization to go to the front in Ukraine | International

From the Holocaust survivor to the heir to post-fascism: the ‘Meloni era’ reaches the Senate | International
October 13, 2022

From the Holocaust survivor to the heir to post-fascism: the ‘Meloni era’ reaches the Senate | International

The Malian Army and alleged Russian mercenaries kill 300 civilians in the center of the country, according to HRW | International
April 6, 2022

The Malian Army and alleged Russian mercenaries kill 300 civilians in the center of the country, according to HRW | International

Video analysis | What good have the sanctions against Russia been for 100 days after the start of the war? | International
June 8, 2022

Video analysis | What good have the sanctions against Russia been for 100 days after the start of the war? | International

Results of the elections in the USA 2022, live | Projections point to a very tight Republican majority in the House of Representatives | US Elections
2 weeks ago

Results of the elections in the USA 2022, live | Projections point to a very tight Republican majority in the House of Representatives | US Elections