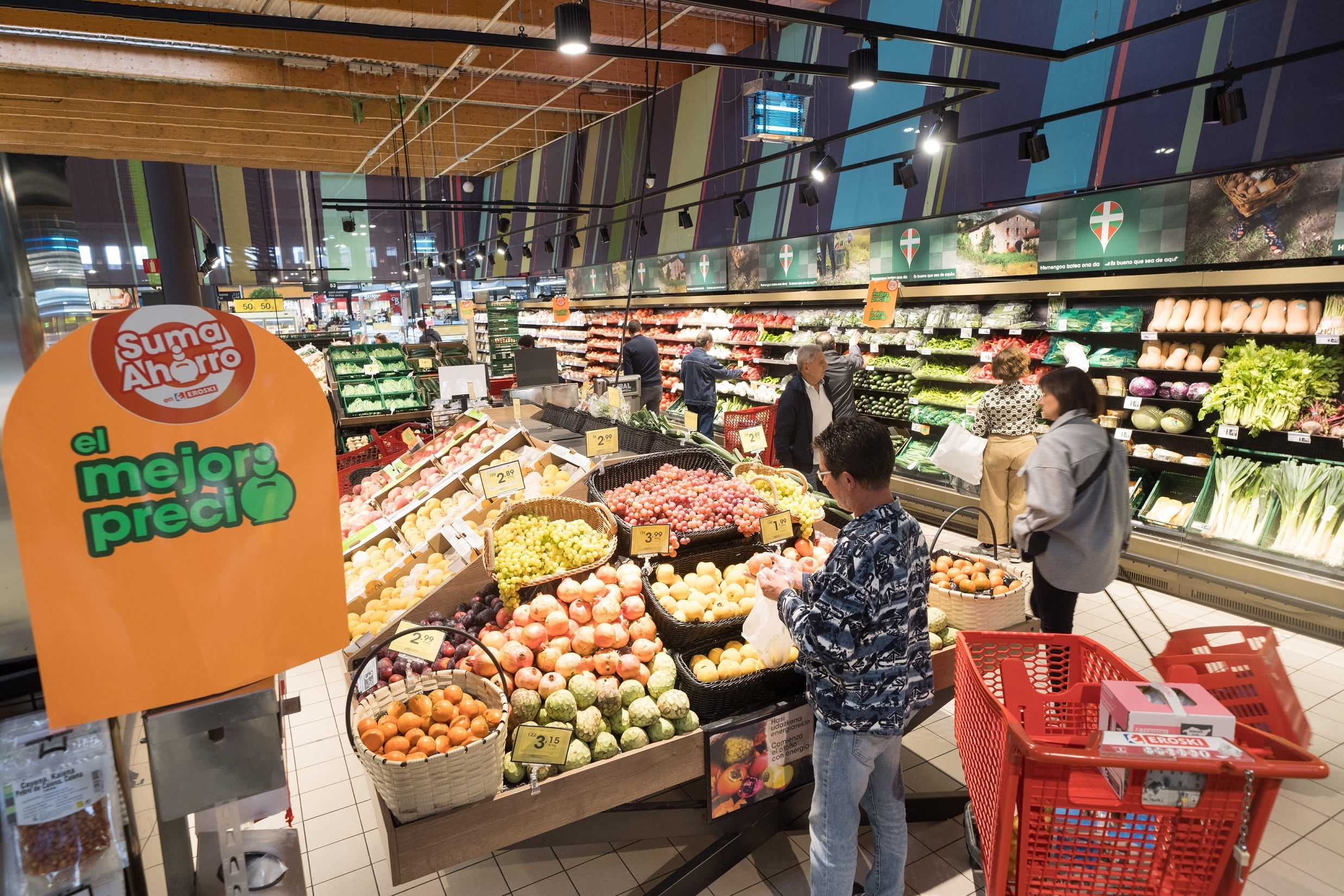 The Eroski group registered a net profit of 46.8 million euros in the first half of the year, which represents an increase of 11.4% compared to the same period of the year, as reported by the company this Friday. Meanwhile, the operating result fell by 11%, to 94.3 million, due to the increase in costs and, according to the company, the “effort to reduce margins to contain the effects of inflation on prices.”

As a whole, the group reached a turnover of 2,633 million euros during the first half of the year, 4% more, “in a context of inflation of more than 10 points,” he says. According to the company, “this is a reflection, on the one hand, of the group’s promotional effort during the first six months of the year to transfer savings to consumers in the face of the current inflationary situation and, on the other hand, it is also a consequence of the trend of households towards a cheaper shopping basket”.

“At Eroski we are making a considerable effort to contain the effects of inflation on prices. To this end, we are lowering our margins with the aim of not passing on the high cost increase that we are enduring to consumers”, explained its CEO, Rosa Carabel.

“The margins of the food business have been reduced considerably because, in addition to the pressure on our operating expenses, our suppliers and producers transfer the cost increases that they also bear in their operating account to us in their rates,” adds Carabel.

Passenger who got sick in the air died

Check Also
Close
The Venezuelan government and the opposition agree to unfreeze between 3,000 and 5,000 million state funds abroad
33 mins ago

The attack against Cristina Kirchner pushes political polarization to the limit in Argentina
September 3, 2022

Rodolfo Hernández’s story about the disappearance of his daughter | Presidential Elections Colombia
June 16, 2022

War in Ukraine: Concert on the barricades of the Odessa Opera House | International
March 9, 2022

War in Ukraine: Concert on the barricades of the Odessa Opera House | International

Álvaro Uribe and Gustavo Petro sit at the same table

The Liberal Party surrenders to Fico Gutiérrez in the campaign for the presidency of Colombia | International
April 28, 2022