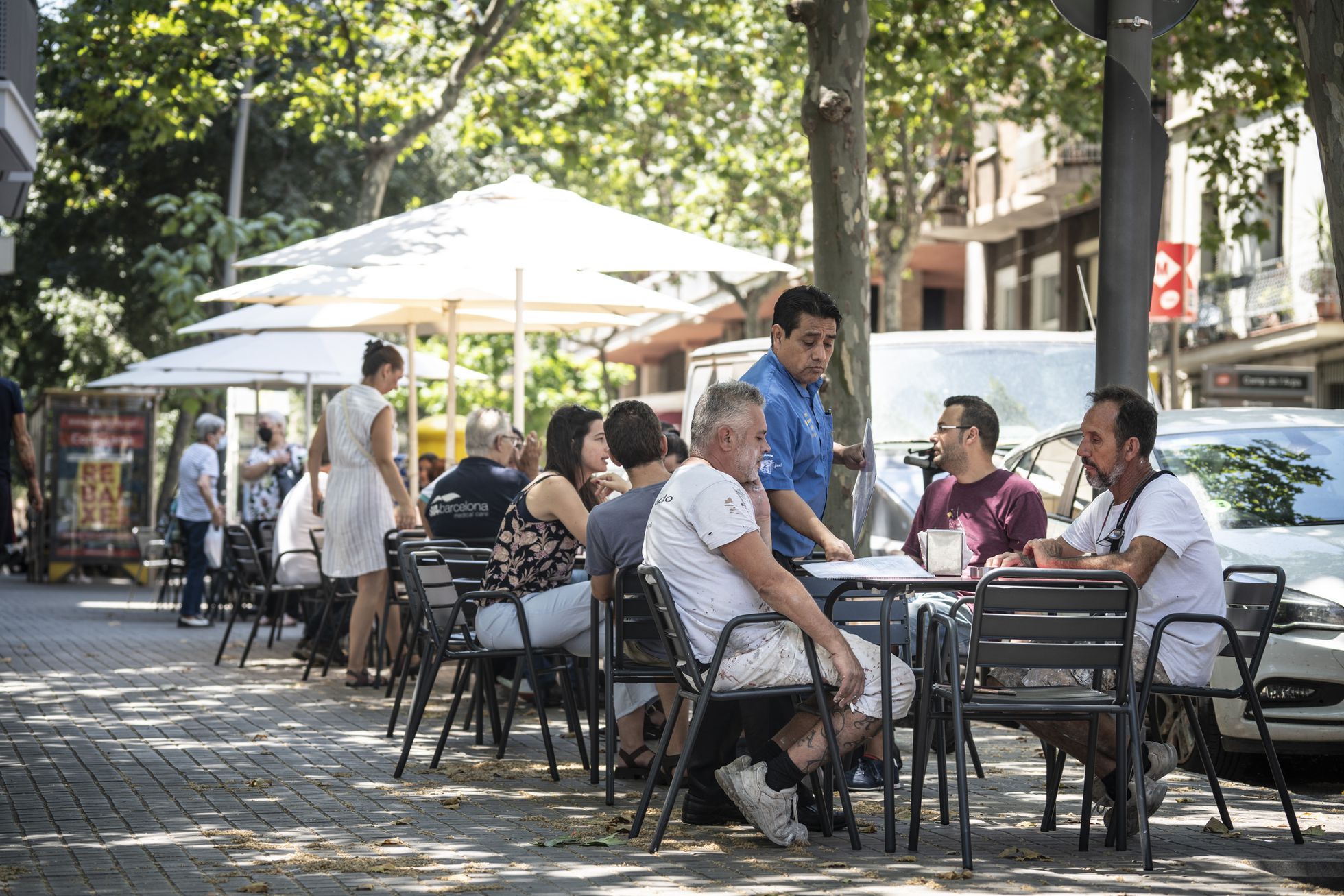 Tax revenues are going from strength to strength and, despite the situation, alleviate the hole in public accounts. In July, the deficit accumulated by the State, Social Security and the autonomous communities stood at 1.8% of GDP, almost 60% less than the same period of the previous year. In the case of the State, which accumulates the bulk of the red numbers and for which the data is known until August, it was 1.8%, compared to 4.6% the previous year. “This result is due to an increase in non-financial income of 32.3%, compared to the behavior of expenses, which grow at a rate of 5%,” says the Ministry of Finance in a note published this Friday. Tax collection, pushed by inflation, was 25.9% higher in the same month than in August 2021, with a rise of 19% in the accumulated figure for the year.

One of the main responsible for this increase is VAT. “It grows 20.1% due to the improvement in spending and price increases”, highlights the collection report of the Tax Agency for the month of August, up to 58,414 million. In the first half of the year, spending subject to the tax grew by 19%, despite the approved reductions in electricity bills to ease the consumer’s pocket. Almost half of this rise, the agency calculates, is due to inflation, which despite moderating in the last two months continues to be triggered by the energy crisis.

The other two elements that the Tax Agency highlights as the cause of the increase registered in August are job retentions —the increase in the year is 12.8% due to the increase in employment and increases in wages, pensions and the effective rate— and the annual declarations of previous years, with very high increases in the quotas to be paid —24.7% in personal income tax and 42.7% in companies— and decreases in returns. “Only these three elements concentrate more than 90% of the growth in income until August, which would be completed with the notable increase in capital withholdings and installment payments of personal companies (24.8%)”, says the agency. .

The rise, moreover, has occurred despite the loss of collection caused by the tax cuts adopted to compensate for the rise in energy prices, which from January to August caused a decrease in revenue of 4,522 million euros. The cost of these measures from their entry into force until the end of last June has been 6,127 million.

Until August, personal income tax collection reached 75,301 million, 17% more in homogeneous terms, although some moderation is beginning to be noticed due to the slowdown in job creation and due to salary and cash increases “more contained” than those of April and May. Corporate tax, on the other hand, grew strongly, by 25.5%, due to the entry of the positive quotas of the declaration for the 2021 financial year: the increase in this was 42.7% until August, for a total of 14,279 million euros, 2,200 million more than those related to the 2019 financial year.

Looking ahead to the next two years, the Government has presented a battery of fiscal measures with which it intends to raise revenue by 3,144 million. The package includes reductions in income tax for low incomes, increases in savings rates, a new tax on the rich and changes in companies that will limit the tax benefits of large groups and reduce the rate for SMEs.

In July, the expenses of the communities grew more than income: disbursements rose by 10.1%, compared to the 6.1% rate at which resources advanced. These percentages translate into a hole of 4,200 million, 0.33% of GDP, compared to the slight surplus recorded the previous year. Taxes grew by 5.3%, pushed by figures on production and imports, income and wealth. Transfers between administrations also grew by 4.4%. As for expenses, the compensation of employees grew by 2.9% due to the 2% wage increase set for 2022, compared to 0.9% in 2021. Intermediate consumption rose by 4.4% to stand at 21,526 millions.

On the other hand, the Social Security funds registered a surplus of 353 million euros until July, equivalent to 0.03% of GDP, compared to the deficit of 0.4% last year. This result is due to the fact that revenues, mainly thanks to the boost from contributions, grew more than disbursements. Local corporations reduced their red numbers compared to 2021, with a deficit of 988 million in the second quarter of the year (0.08% of GDP) compared to 1,134 million in the previous year.

Person shot at wedding in Kocaeli dies in hospital

The sweet summer of goodbye by Boris Johnson | International
August 1, 2022

The sweet summer of goodbye by Boris Johnson | International

US Congressional Delegation Travels to Taiwan Amid Tensions with China | International
August 14, 2022

War in Ukraine: The videos that show that Russia is lying about the Bucha massacre | Videos
April 6, 2022

War in Ukraine: The videos that show that Russia is lying about the Bucha massacre | Videos

France Insumisa: The Melénchon tsunami further complicates the reorganization of the left after the French presidential elections | International
April 11, 2022

France Insumisa: The Melénchon tsunami further complicates the reorganization of the left after the French presidential elections | International

Prison crisis: At least 41 prisoners die in a new confrontation in a prison in Ecuador | International
May 9, 2022

Prison crisis: At least 41 prisoners die in a new confrontation in a prison in Ecuador | International