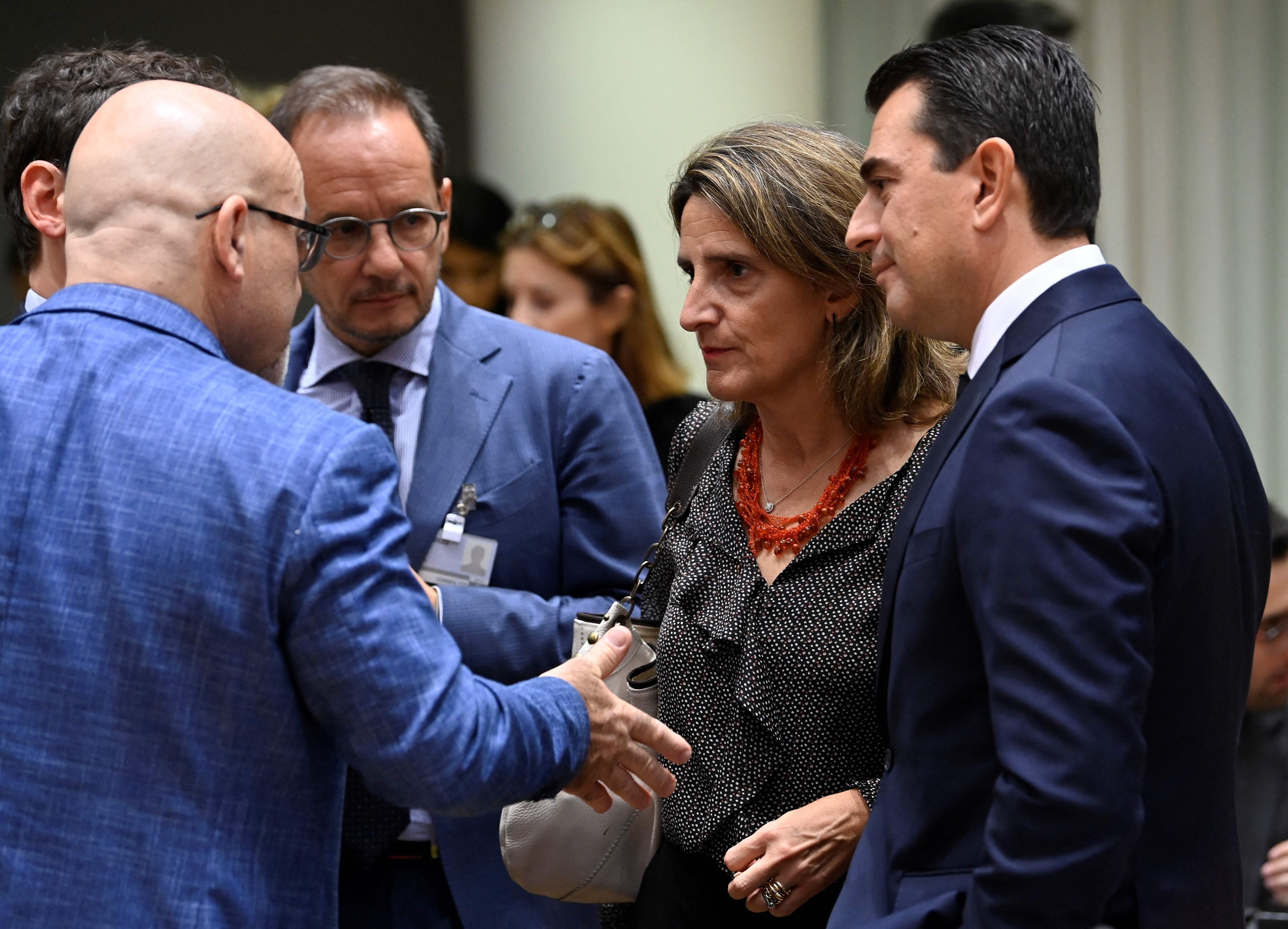 The Ministers of Energy of the Twenty-seven have approved this Friday without setbacks the most urgent measures proposed by the European Commission to mitigate the escalation of energy prices. It is a voluntary reduction of 10% of electricity consumption and a mandatory 5%, as well as the decision to tax the extraordinary benefits of inframarginal energies (such as renewables or nuclear) and impose a temporary solidarity tax on fossil fuels. . As planned, the political agreement —which will allow a rapid implementation of the measures— was quickly reached in the first session of the extraordinary meeting of ministers of the branch held in Brussels.

Those responsible for Energy gave their approval, without making any new changes, to the Commission’s proposals, which will speed up the steps for their definitive implementation, which will take place once they are published in the official gazette of the EU. The final text includes a new article that aims to close the door to energy companies so that they avoid paying the temporary rate on the extraordinary benefits that high prices of raw materials bring them through tax credits, as EL PAÍS has advanced. This is of great importance for Spain, one of the few EU countries that has this type of instrument that allows, especially companies, to reduce their tax bill.

Energy companies accumulate in Spain more than 14,600 million in tax credits, a tax measure that allows companies to deduct accounting losses that could not be deducted when they occurred. When the Government designed the new temporary tax for energy and banking that is still in the parliamentary process, it taxed income and not profits to make it difficult to avoid the new rate, for which it hopes to collect some 7,000 million. But the proposal for the emergency intervention that the European Commission put on the table in mid-September foresees taxing profits and not income. The Executive was quick to point out that when this plan was final and approved by the Council of the EU, it would adapt the design of its tax to the community regulation. This new article gives coverage to the Treasury for a new legal wording for the new tax that taxes benefits without eluding their payment for tax credits.

The speed with which the package of urgent measures has been approved threatened to slow down in the continuation of the sessions, in which the possibility of imposing a more general limit on the price of natural gas will be discussed.

A good part of the Member States have clashed with the Commission, which they accuse of making too timid proposals —to limit for now only the price of Russian gas imports. Spain is part of 15 countries that have demanded the European Executive go further and propose some way of limiting the prices of all natural gas imported by the Twenty-seven, not just Russian. Brussels has responded by warning of the risks that such a measure would imply in terms of security of supply and stressing that countries like Russia, on which it already wants to impose a price limit, must be treated differently than “reliable” suppliers such as Norway or Algeria.

Upon arrival at the meeting, the third vice-president, Teresa Ribera, expressed her “disappointment” on Friday with the Commission’s proposals regarding gas which, she stated, “fall short of what Europe needs.” An idea that was also emphasized upon her arrival by the French Minister for Energy Transition, Agnès Pannier-Runacher, who said that the Commission “must go further” with its proposals and present them “quickly”.

Nobody expects a firm decision from what had been announced as the most turbulent session, due to the “annoyance” expressed by several countries, especially the 15 signatories of the letter to the Commissioner for Energy, Kadri Simson, who this Friday reaffirmed in her position, although she assured that she was willing to “listen carefully to what kind of measures most countries expect.”

“Different states expect different solutions and the Commission has to present an idea that has broad support,” defended the commissioner. Demand from Spain, France and the other 13 countries has met strong reluctance from partners such as Germany, which have expressed fear that a general cap on gas prices will cause a supply problem.

Ribera acknowledged that it is a “sensitive” issue in which, he said, the Commission “has not quite found the space in which all member states” can “respond positively.” Even so, she expressed confidence that she will leave the Brussels event with a “very clear orientation” on what the Commission should propose in this regard.

Spain wants to discuss the issue of the reference index – the Dutch TTF – that is being used for gas purchases and that, it maintains, “is no longer responding to the operations and the cost that is behind the purchase of gas” , but that “is generating enormous distortions in our prices in Europe”, he recalled.

The meeting of ministers, which will last until early afternoon, according to the forecasts of the Czech presidency of the EU, will conclude with a third session in which the recent leaks registered in the NordStream 1 and 2 gas pipelines and which have put the Twenty-Seven on high alert for the possibility of a new escalation in Russia’s war against Ukraine.

Halloween preparations have taken over the world! 2022 Halloween celebrations from New York and San Francisco

At least three dead in a shooting in the heart of Philadelphia | International
June 5, 2022

Prisoner exchange: This is how kyiv freed its heroes in Russian hands | International
September 25, 2022

Prisoner exchange: This is how kyiv freed its heroes in Russian hands | International

Berlin and kyiv settle their disagreement after Zelenski’s invitation to the German president to visit Ukraine | International
May 6, 2022

Billionaire Mikati is commissioned to form a government in Lebanon after years of crisis | International
June 23, 2022

Wikileaks: López Obrador asks to “dismantle the statue of liberty” if the US condemns Julian Assange
July 5, 2022

Wikileaks: López Obrador asks to “dismantle the statue of liberty” if the US condemns Julian Assange