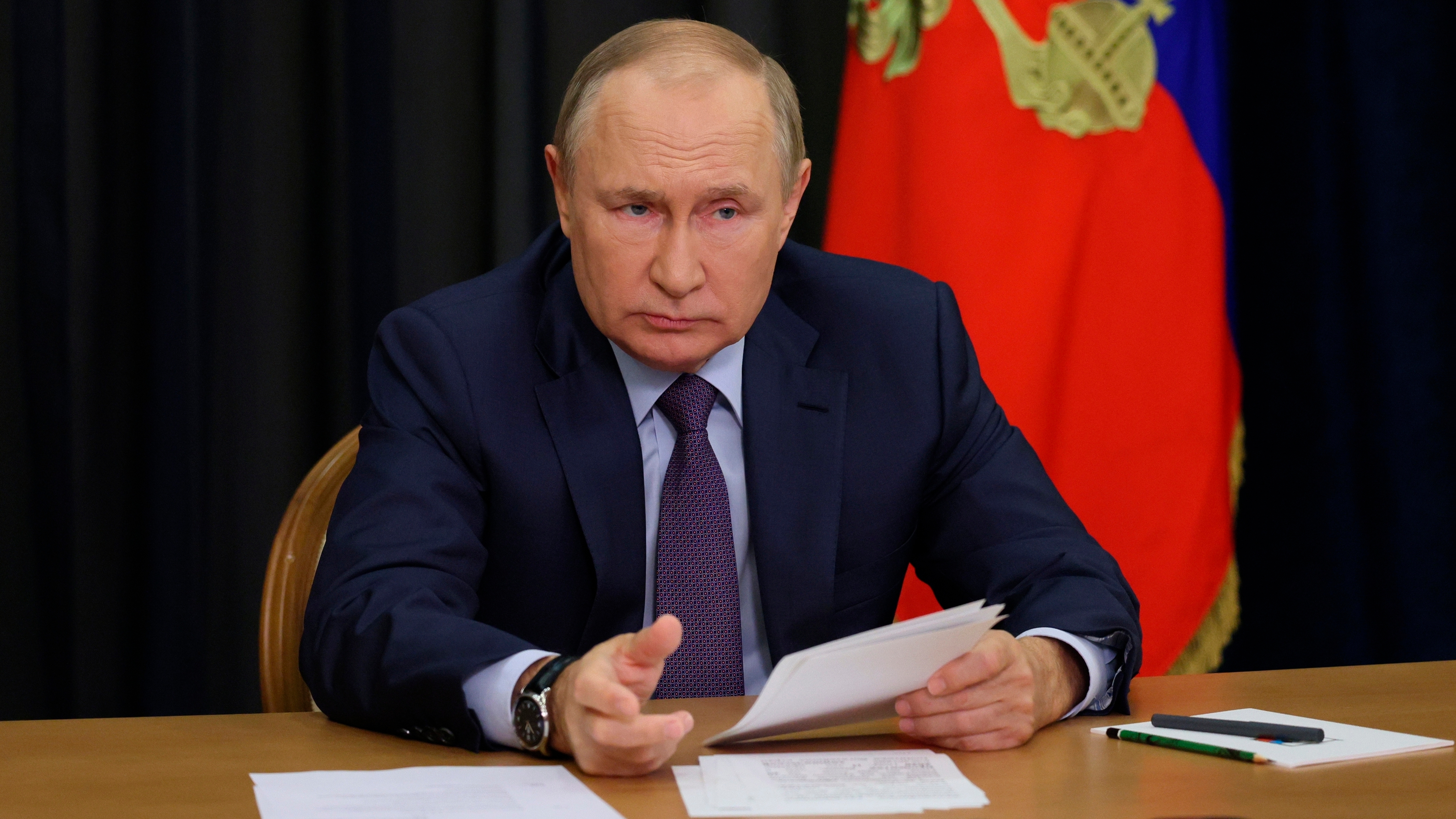 Russian President Vladimir Putin declared this Friday the accession of the Ukrainian provinces of Donetsk, Lugansk, Zaporizhia and Kherson to the territory of the Russian Federation. The formal annexation process will be completed next Tuesday with its approval in an urgent session in the Duma. This is a unilateral and illegal step that comes after the holding between September 23 and 27 of referendums without democratic guarantees. The authorities imposed by Moscow in these four partially occupied provinces presented the results of the vote to the Kremlin on Wednesday, which showed, according to data not corroborated by independent sources, support for the annexation of between 87% and 99%.

Against the UN Charter

José Antonio Perea Unceta, writer and professor of Public International Law at the Complutense University of Madrid, affirms in a telephone conversation that the referendums promoted by the pro-Russian forces are illegal “because the sovereign is the Government of Ukraine and there is no international norm that contemplates the secession”. Alfonso Iglesias Velasco, professor of International Law at the Autonomous University of Madrid, points out in an exchange of emails that the territorial annexation signed by Moscow is illegal because it comes from the use of force and, therefore, violates the United Nations Charter of 1945, to which Russia and Ukraine, as members of the UN, are signatories.

Is, in article 2 of the first chapter, it says the following: “All members shall refrain in their international relations from the threat or use of force against the territorial integrity or political independence of any State, or in any other manner inconsistent with the purposes of the United Nations.” Donetsk, Luhansk, Zaporizhia and Kherson are part of the territorial integrity of Ukraine.

To give it internal legitimacy, Moscow has used in these four cases the same formula that it used to seal the annexation of Crimea in March 2014: recognition of the independence of the territories subject to annexation and, subsequently, consultation on the annexation to the Russian Federation.

The international community has demonstrated from the outset against the recognition of these annexation consultations. Josep Borrell, head of European Union diplomacy, declared on Tuesday that the referendums would have negative consequences for their promoters, a point that the United States also shares. Perea Unceta believes that countries that maintain relations with Russia such as Serbia, China or Kazakhstan “have no intention of supporting the annexation.” On the contrary, the expert believes that others in Moscow’s orbit, such as Cuba, Syria, Eritrea, or Ethiopia, may do so.

Without census and under duress

The United Nations and the Organization for Security and Cooperation in Europe (OSCE), which supervise referendums at the national and regional levels, are against holding elections in areas under a context of war, such as the one currently experienced by the citizens of Donetsk, Lugansk , Zaporizhia and Kherson. “The OSCE has some basic rules to guarantee the legality of referendums, for example, that there be an electoral body with judicial control; an electoral debate in which freedom of expression is guaranteed; that citizens can access the press and television to choose between yes and no. things here [en estas cuatro regiones ocupadas] there has not been”, describes Perea Unceta.

Another key point in any election with guarantees is the voter census. In this case, there was no census registry – the list that collects the number of people with the right to vote and that remains under the power of the auditors -, an essential requirement to hold a consultation. To this is added that the population voted under duress, as reported by the Ukrainian government of Volodímir Zelenski. kyiv has denounced that the military went to homes, workplaces and hospitals to force the vote on citizens. Similarly, the Ukrainian authorities have lamented the presence of armed people who were waiting with the bearers of the ballot boxes.

Rosa Fernández Egea, doctor and professor of Public International Law at the Autonomous University of Madrid, explains by phone that these plebiscites, in addition to being illegal, have been held in “occupied spaces” that have undergone profound demographic changes since the beginning of the invasion. Russian. Fernández Egea emphasizes that part of the current population “has been imported by Russia” and that many of the Ukrainians who lived there have fled since the end of February. Her colleague Perea Unceta defines this situation as an “artificial alteration of the population”.

In the seven months that the conflict has lasted, a part of the Ukrainian citizens have had to leave their homes. So far, more than seven million people have applied for asylum outside the country, According to the United Nations High Commissioner for Refugees (UNHCR). Furthermore, according to the International Organization for Migration (IOM), there are another seven million of internally displaced persons.

In its latest report, dated September 26, 2022, the UN The number of civilians killed as a result of the conflict since the offensive began last February stands at 5,996.

Calm in the markets and peace in the party: the challenges of the new prime minister | International

Elections in France 2022: The ultra Zemmour calls for a right-wing coalition for the French legislative elections | International
April 20, 2022

Moscow and kyiv blame each other for the attack that killed more than 40 prisoners in a Russian prison in eastern Ukraine | International
July 29, 2022

“Not even God knows why they bomb us” | International

At least 38 dead in a factory fire in China | International

Germany: Schröder sues the Bundestag for cutting his privileges as former chancellor in response to his closeness to the Kremlin | International
August 12, 2022

Germany: Schröder sues the Bundestag for cutting his privileges as former chancellor in response to his closeness to the Kremlin | International